Social Justice and the Legitimacy of Wealth 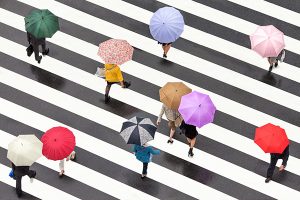 As every crisis that we have witnessed in our life-time, the current one caused by the coronavirus pushes to the fore questions that are, ultimately, moral in nature: should wealthy Northern European countries guarantee loans for their poorer neighbours in the South in the form of Corona-bonds?; should our societies re-think how we reward low-paid professions that have turned out to be “essential” in the conditions of lockdown (shop-assistants, pharmacists, delivery staff, etc.)?; should we introduce a basic universal income?; is a well-funded universal health-care system the way to prepare for similar crises in the future?, etc. All these and many other policy-related questions depend on the way that our societies think of solidarity, justice, and the legitimacy of wealth. 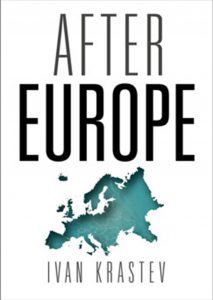 We are now witnessing what Ivan Krastev, Permanent Fellow at the IWM, has called in his book After Europe (2017) a “clash of solidarities,” rather than a simple lack of solidarity (see Political Salon in November 2017). Krastev was mainly referring to the responses within Europe to the refugee tragedy, but a similar phenomenon could be noticed with the earlier debates surrounding the austerity measures imposed on Greece. At present, with the spread of the coronavirus, we saw European countries keeping medical equipment for their citizens. In fact, when the government in Rome activated the EU’s “civil protection mechanism” on 28 February, which is based on the expectation that EU countries would volunteer help, it was universally and silently ignored. If anything, a few days later Germany banned all exports of products that the country needed for its own citizens.

The problem of the “clash of solidarities,” or the conflicting views on whom you owe solidarity to, is age-old, as Peter Brown, a Professor Emeritus at Princeton and the leading expert on Late

Antiquity, showed in his series of lectures at the IWM in 2012. One of the themes of his talks was, in fact, the conflict between the traditional sense of civic obligation towards one’s city typical of the classical world and the fundamentally new concept of Christian philanthropy and solidarity to the poor (who need not be members of one’s own community) (Read a summary of his talk by Clemena Antonova in IWMpost 111).

Questions of justice and the legitimacy of wealth are intimately intertwined with what we could call the “inequality crisis,” which the present situation has highlighted once again. Is it just to have a special tax for the super-rich at a time of crisis? Is it just that the super-rich are easily provided with formally legal avenues for tax avoidance that are unavailable to everybody else? Is this morally legitimate? Even more importantly, is it detrimental to democracy? Again, these are questions that have been around since the dawn of democracy. Thus, Aristotle thought that “a polity with extremes of wealth and poverty is a city not of free persons, but of slaves and masters, the ones consumed by envy, the others by contempt.” 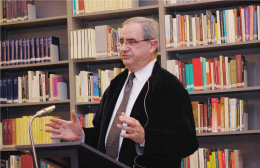 A groundbreaking reflection on the growth of inequality was published by Pierre Rosanvallon in 2013 in IWM’s journal Transit under the title, „Gleichheit im Zeitalter der Ungleichheit“ (Transit No. 44). Rosanvallon, a leading French historian and a long-term member of IWM’s Academic Advisory Board, diagnoses a strongly growing inequality in Europe and the US since the 1980. In analogy to Karl Polanyi’s “great transformation,” he calls this the “great turn.” In terms of social distribution, the great turn indicates a return to the 19th century with its striking inequalities. To avoid this drawback, Rosanvallon states that only the principles of “singularity, reciprocity, and communality” will be able to revitalize the old philosophical idea of a just and equal society.

For many years, IWM also had a research focus dedicated to the topic “Sources of Inequality.” Led by IWM Permanent Fellow em. Cornelia Klinger, the focus reflected on how modernization and globalization have not only aggravated existing social inequality but have also produced new forms of inequality. In a pivotal article for Transit No. 29, Klinger and co-author Gudrun Axeli-Knapp outlined three basic axes of inequality: class, gender, and ethnicity.

The conference “Solidarity IX: On Distribution,” at the IWM on 11 June 2015 was opened by a lecture on “Varieties of Inequality” by Claus Offe, Professor of Political Sociology and member of the IWM Academic Advisory Board. In his historical outline of policies of distribution in Western Europe since the end of the Second World War, Offe showed how these policies were initially informed by ideas of justice and notions of the fair share. The decline of these moral visions since the 1970s has gradually led to obscene levels of income inequality, which have had grave social and political consequences. One of the most disastrous outcomes is, indeed, the disintegration of social democracy as a force for change.

Some of these issues, as demonstrated in Georgy Ganev’s talk in January 2020, have to do with the very origins of money that have implications on issues of distribution and re-distribution of

resources. The immediate pertinence of the problematic relationship between inequality and democracy came across in the talk by Eva Illouz, which was part of the IWM Lectures in Human Sciences, at the Radiokulturhaus in Vienna on 3 December 2019. The talk, tellingly entitled “Does Capitalism Erode Democracy” and published in the IWMpost 125 (Spring/Summer 2020), allied itself with a growing number of recent studies on this problem (see, for example, R. Cuttner’s Can Democracy Survive Capitalism (2018). Illouz’s discussion of the distinction between “liberal” and “socialist” democracy was also in the background of a seminar given by IWM Visiting Fellow Jan Sowa in June 2020. In his presentation, based on his forthcoming monograph “The Remains of the Real: Politics after Postmodernism,” the author argued for “radical democracy,” which would address the inherent problems of liberalism.

Finally, it should also be remembered that inequality was a crucial dimension in the process of transition in post-communist countries after 1989. Leading Polish dissident, intellectual and politician Jacek Kuron clairvoyantly saw that social inequality had the potential to endanger the transformation process. In a 1993 article for Transit No. 6, he advocated the necessity to uphold “the myth” of social justice.  Kuron, who served twice as Minister of Labour and Social Policy, was well aware of the dangers of social inequality from his own political practice. He understood social justice and equality as a very much needed vision and a concrete utopia for future development. These goals, however, can only be achieved by “big social movements”, hence the title “Man muss träumen. Soziale Gerechtigkeit als soziale Bewegung” (One Needs to Dream. Social Justice as a Social Movement).

In a reply to this article, political scientist Ira Katznelson reminded of the classic conflict between liberal and social principles which, as he clearly indicated, could not be solved by advocating one of the principles without the other. His view of a politics in “Beyond Socialism and Liberalism” (published in German in Transit No. 6) is a reminder of the fact that a socially oriented liberalism is the best bulwark against populist and extremist political ideologies.