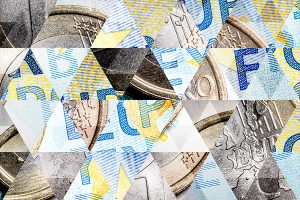 'Europe is in crisis.’ Almost every report on the EU today finds that it is in a crisis. After the financial crisis of 2008, the so-called migration crisis in 2015 and the crisis resulting from the Brexit referendum in 2016, Europe is facing a new challenge in the wake of the Corona pandemic. The impression thus gains ground that a series of serious crises in Europe are accumulating without being met with an adequate response from Brussels. This has fuelled the popular sentiment that the EU is increasingly irrelevant as it is incapable of meeting the challenges it faces. [Read More]

A Future for Europe? Politics and Democracy in Times of Uncertainty

We are living in times of individual, political, economic and societal uncertainty. Europe is confronted with an unprecedented crisis. The European project itself is internally questioned, as the rise of nationalism and populism manifest, and externally battered by the wave of refugees, the crisis in the Middle East and Russia. Brexit, the Trump presidency and the democratic regression in Poland and Hungary have cast doubts on all areas of social and political life related to the future of the liberal democratic order. Loss of trust in institutions, erosion of mainstream parties and the rise of social movements have led to the questioning of the very ways of our politics and democracy. The ‘democratic deficit’ and the erosion of democratic legitimacy in Europe were early expressions of a loss of self-confidence of the citizenry about its power to influence everyday life in their individual states and communities as globalisation advanced seemingly unchecked. Europe has seen difficult and dark times before and, in spite of all challenges, the European project remains a historical success, though in need of serious overhauling. Europe will come out of the current crisis changed and hopefully stronger. But how and when this will happen depends on statesmanship and civic initiatives anchored upon the single-minded engagement to uphold the democratic values and institutions that have traditionally underpinned our freedom. ‘But where danger lurks, the saving power also grows’ (Hoelderlin). Ivan Vejvoda joined the IWM as a Permanent Fellow and Director of the project “Europe’s Futures”, a strategic partnership between IWM and ERSTE Foundation, in January 2017. In his inaugural address Vejvoda outlined the main challenges for developing a future for Europe.

Europe Drifting: What Is to Be Done?

The European Union is at a crossroads. After decades of peace and prosperity it is confronted with the deepest questions concerning its future. Conventional ways are insufficient to deal with the present challenges. There is a need to stem the dynamics that are creating gaps and divides that could tear it apart. The citizens of Europe are angry about their present predicament and fearful of the future. They do not trust their elites and are seeking answers in the voices of Sirens offering seemingly quick solutions. These and other issues were the subject of a panel discussion in October 2019 at the Burgtheater in Vienna chaired by IWM Permanent Fellow Ivan Vejvoda. The panelists were the then Austrian Minister of Europe, Integration and Foreign Affairs, Karin Kneissl, the former Croatian Minister of Foreign Affairs, Vesna Pusic, the chair of the Foreign Affairs Committee of the German Parliament, Norbert Röttgen, and the Guardian journalist Nathalie Nougayrede.

Can democratic institutions be transformed to serve exclusionary ends? Why has the ongoing refugee crisis transformed the politics of central and eastern European states – despite the fact that these countries host virtually no migrants? And what do demographic and generational changes mean for the liberal consensus that emerged in the wake of communism’s fall? In this Political Salon IWM Permanent Fellow Ivan Krastev discusses with Christian Ultsch, Head of the Foreign Department of daily Die Presse, these and other questions raised in his book After Europe (University of Pennsylvania Press, 2017).

The End of Europe

According to American journalist and author James Kirchick, Europe as we knew it is over. Central elements of European post-war life, such as democracy, prosperity and security, are increasingly called into question. Europe is facing unprecedented challenges both from inside (populism and nationalism) and from outside (on the one hand the USA abandoning its traditional role as upholder of the liberal world order, and on the other Russia). In a conversation with IWM Permanent Fellow and Europe’s Futures Director Ivan Vejvoda, Kirchick outlines the main argument of his book The End of Europe: Dictators, Demagogues and the Coming Dark Age (Yale University Press, 2017).

Citizens of Nowhere – How Europe Can Be Saved from Itself

Europe might appear like a continent pulling itself apart. Ten years of economic and political crises have pitted North versus South, East versus West and citizens versus institutions. And yet, these years have also shown a hidden vitality of Europeans acting across borders, with civil society and social movements showing that alternatives to the status quo already exist. Europe’s Futures Visiting Fellow Niccolò Milanese, founding director of European Alternatives, and co-author of the book Citizens of Nowhere: How Europe Can Be Saved from Itself, joined in conversation with Ulrike Lunacek, Former Vice President of the European Parliament. The discussion was moderated by IWM Permanent Fellow Ivan Vejvoda.

On the one hand, citizens increasingly perceive the European Union as an excessive bureaucracy; on the other, they lament the marginal role the EU plays in international foreign and security policy. But how powerful or powerless is really the EU? How democratic or undemocratic is it? Does it listen to what moves most its citizens? Hardly any Austrian knows the European Union as well as Franz Fischler, former Federal Minister and EU Commissioner. In a conversation with political scientist and committed European Ulrike Guérot, Fischler shares his insider knowledge about Brussels and gives his assessment of the present and future of the great European experiment. (in German)

Europe and Its Dissenters

What does it take for a politician who was member of the European Convention actively shaping the vision for a stronger European Union to turn into a passionate advocate for Brexit? What does it take for a German to want to politically divorce Britain from the continent? What does it take for a politician on the Left to endorse Brexit, something that is usually associated with the conservative Right? What went wrong in Europe so that it became impossible for many to further advocate European integration? What does it take to turn a pro-European into a Eurosceptic? An in-depth conversation around such questions with the Right Honourable Gisela Stuart is an opportunity to get a direct and personal insight into the processes that shape the future of Britain, and the European Union. Gisela Stuart, born and raised in West Germany, was a member of the British Parliament (Labour party, 1997-2017). She was UK Parliamentary Representative to the European Convention drawing up a new constitution for the European Union (2001-2003). In 2016 Stuart became Chair of the Vote Leave Campaign which paved the way to the success of the Brexit referendum. The conversation is chaired by Christian Ultsch, Head of the Foreign Politics Department of the daily Die Presse, and IWM Permanent Fellow Ivan Krastev.

In October 2019, the project ‘Europe’s Futures’ published a German-language volume on Brexit as part of the IWM series with Passagen Verlag (Brexit: Farce oder Tragödie). Edited by Ivan Vejvoda, the volume concludes with two rich essays that do not directly address the challenge of Brexit, but are rather statements on the future of Europe. The authors understand the beginnings of European integration in fundamentally different ways. For IWM Board Member Timothy Garton Ash, European integration is founded on the desire to overcome nationalism and violence in the continent. On the contrary, in his Speech to Europe, IWM Permanent Fellow Timothy Snyder relates European integration to the demise of European empires. Although they trace back the emergence of the European project to different causes, they both consider Europe as the best political project and a project that should be supported.

The Spritual and Cultural Dimension of Europe: Concluding Remarks

In the spring of 2002, the President of the European Commission, Romano Prodi, asked the Institut für die Wissenschaften vom Menschen (Institute for Human Sciences) in Vienna to set up a group of Europeans to reflect on those values that are particularly relevant to the continuing process of European unification and to advise him in this field. The elected personalities should be independent individuals, not representatives of political parties, churches or other organisations, people with intellectual credentials, political experience and a stature transcending that of the political parties in their countries. Over the next few weeks the group was set up and soon started work. Its members were: Kurt Biedenkopf, Silvio Ferrari, Bronislaw Geremek, Arpad Göncz, John Gray, Will Hutton, Jutta Limbach, Krzysztof Michalski, Ioannis Petrou, Alberto Quadrio Curzio, Michel Rocard and Simone Veil. The intellectual outcomes of the Group’s meetings and the public debates were presented in German in IWM’s journal Transit – Europaeische Revue, Nr. 26 and 27, 2003/2004. The Reflection Group’s concluding remarks authored by Kurt Biedenkopf, Bronislaw Geremek and IWM founding rector Krzysztof Michalski were published in October 2004. (German version: Was hält Europa zusammen? Transit – Europäische Revue Nr. 28) 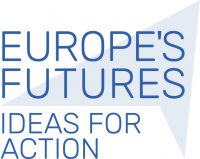 We need platforms to renew and re-invent Europe. In cooperation with leading European organisations and think tanks, IWM and ERSTE Foundation have joined forces to tackle some of the most crucial topics: asylum and migration, rule of law and democracy, European enlargement and social inclusion. We are creating a network of important EU actors, in particular between Austria, the Visegrád 4 countries and South-Eastern Europe. Europe’s Futures has clear objectives: a European Union that protects its citizens and offers more sustainable livelihoods than before; where Member States defend the fundamental values of a democratic order and rule of law; and where countries such as Austria continue to protect the Union’s democratization and enlargement agenda.