The Limits of Faith – Religion in the Modern World 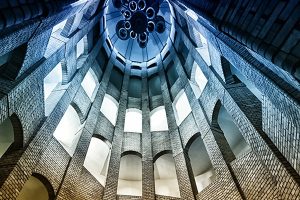 Religion “is woven into the fabric of our life,” IWM founding rector Krzysztof Michalski told an interviewer in 2012. Since the IWM’s inception, making sense of religion has been a major focus of the Institute’s work. With a lineage that runs from intellectual progenitor Jan Patočka, through founding IWM president Józef Tischner and Michalski, to IWM Permanent Fellow Charles Taylor, members of the IWM community have thought deeply about the role of religion in our modern world. 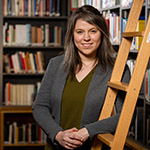 This selection of texts explores eternal questions of what religion’s role is—and should be—in society amidst changing contexts. Over the two decades that they were written, our specific preoccupations have changed. Hopes for European integration in light of EU enlargement, which motivated many of the earlier essays presented here, have today been supplanted by anxieties over disintegration. Debates on the political and social role of Islam have evolved. And the erasure of religion from the political mainstream is now less a topic of discussion than the presence of religiously-tinged right-wing nationalism from Poland to Russia to India to the United States.

Even as the context changes, one constant is the need to interrogate our starting premises: what do we have in mind when we talk about religion? And what does its presence in (and absence from) public life mean?

The very term “religion” is inevitably many things at once. As Charles Taylor observed in his 2018 lecture “The Polysemy of Religion”, part of the conference “The End(s) of Religious Community”, any assertion that “Religion is…” or “Religion does…”, without qualification, is inevitably false—it is only by grappling with religion’s complexity and multiplicity of meaning that we can begin to make sense of it.

So let us qualify, then. Taylor’s “is” and “does” can help us distinguish between two facets of religion: form (what it is) and function (what it does).

Religion’s changing forms—especially the shift from institutionalized religious communities to individual spiritual exercise—are taken up by Taylor himself in the inaugural IWM Lectures in Human Sciences, held in 2000. Here he argues that the individualization of religion, which accelerated in the mid-20th century along with a broader societal shift towards individualism, has profoundly altered the religious landscape of the North Atlantic. Yet to see contemporary religion as nothing but the unchecked march of individualization is to fail to see the ways in which more traditional, “Durkheimian” modes of religion are responding. This might take the form of a communal campaign to reestablish a moral consensus (e.g. the Christian Right in the United States) or could manifest itself in reform within religious traditions and institutions to leave more room for individual choice (e.g. Vatican II).

Likewise, thinking of religion as individual spiritual exercise also masks some of its most noteworthy functions in states and societies today. When asked in 2002 by Romano Prodi, President of the European Commission, to reflect on what could hold Europe together, a working group led by Krzysztof Michalski argued that “the public role of European religions is particularly important.” “Europe’s religions have a potential to bring people in Europe together,” the final report of the Reflection Group on the Spiritual and Cultural Dimension of Europe argued. Religion’s cohesive force, they explained, could stem from a shared set of values provided by those religious traditions. In his contribution to the report, Bronisław Geremek, a friend and supporter of the IWM, emphasized human dignity as the utmost of these values.

Optimism over the potentially beneficial, uniting value of religion must, of course, be tempered by its converse: the recognition that faith can divide as much as it can unite. When religion functions as an identity marker, which it frequently does, it draws a line between us and the Other. Agnieszka Pasieka writes, for example, of Catholicism’s function in the Polish provinces, where Catholics are seen as “normal” and non-Catholics of all stripes are pushed to the margins—even in their own self-descriptions.

Where Pasieka focuses on religion’s divisiveness in everyday life, Nilüfer Göle broadens the lens to look at European political discourse. In her 2007 essay “Islam, European Public Space and Civility” (German translation: “Islam und europäische Öffentlichkeit” in Transit 26), she reflects on the consequences of using a shared Christian heritage as a touchstone of the European project, in light of the continent’s Muslim population. As religion is increasingly de-institutionalized, the role of religion in public space needs to be reconsidered, she argues—and a recognition of the plurality of religious traditions and heritage in Europe should be a key element.

Just as religion encompasses many distinct and occasionally contradictory notions, so too does its absence: the term secularism is almost as polysemantic as religion. A long-running series of conferences organized by the IWM, under the aegis of the project Religion and Secularism, sought to clarify the concept and explore its many manifestations and their consequences.

Few would assert that religion is disappearing entirely from public life—this is far too simplistic and literal a notion of secularization. So what forms does secularization take? In his 2010 essay “Säkularismus: Eine kritische Bestandsaufnahme”, sociologist Craig Calhoun details its historical and present-day manifestations, from the political to the social to the cultural. He points specifically to the relationship between religion and values: whereas, as the Reflection Group noted, religions can serve as a source of values, it is increasingly the case that what we perceive as our highest values can be divorced from religion and celebrated in their own right.

To speak more concretely of the forms of secularization: Structurally, as political scientist Olivier Roy notes in the IWMpost, “all contemporary states” are secular—that is, the state “defines what religion is, not vice versa.” Even in the case of purportedly religious states like Iran or Saudi Arabia—and even the “Islamic State”—the “religious dimension gives way to sheer relations of power.” In that sense, political secularization is not a particularly compelling area of inquiry. It is the complexities of cultural secularization that really merit consideration. Here religion is increasingly displaced from the mainstream—a process of “de-culturation,” as Roy puts it.

Alongside the de-culturation of religion, the social facet of secularization could be thought of as

divorcing “believing” from “belonging.” It is possible to hold particular tenets of faith without considering oneself part of a religious community; similarly, one can identify as part of a particular religious community without practicing that faith or accepting its doctrine. This development can be perceived in three ways: it can be seen as a negative departure from traditional religious practice; it can be treated as a neutral fact; or it can be embraced, described in normatively positive terms as “progressive.” It is this last attitude that José Casanova concerns himself with in a 2004 Transit essay (German translation: Der Ort der Religion im säkularen Europa, in: Transit 27), arguing that it can give rise to a self-congratulatory “illiberal secularism” that “preclude[s] a critical and reflexive self-understanding of those secular identities.”

Still, it is important to note that the march of cultural and social secularization is not universal: these trends may be more relevant in certain parts of the world, and even within societies they will not affect all members of those societies equally. The perception that religion is being pushed to the margins, becoming “de-culturated” in Roy’s terms, and that this marginalization is celebrated by secular society as Casanova describes, can provoke a number of responses, ranging from the more accommodationist approaches detailed by Taylor in his IWM Lectures to the highly conflictual.

To avoid such conflict, Tariq Modood, writing in the IWMpost, calls for “accommodative or moderate secularism”—leaving space for and respecting religious worldviews. Still, in our present moment, the mere question of to what degree religion should be accommodated in the public sphere is insufficient. As Kristina Stoeckl has observed, reflecting on the final conference in the IWM’s “Modes of Secularism and Religious Responses” series, conflict over the role of religion today is as much over pluralism as it is secularism. Across much of the world, religious plurality—that is, the coexistence of multiple religious traditions within a society—is a fact. A normative commitment to pluralism, the conviction that plurality brings benefit rather than threat and that individual religious freedom is a basic right, is far from universal.

Where does all of this diversity of meaning and practice leave us? In his 2016 Patočka Memorial Lecture Toward a New Paradigm for Modernity and Religion, sociologist and theologian Peter Berger argued that societies today are confronted not with the disappearance of religion from public life, but rather ever-increasing plurality. Our task, therefore, is to craft a “civic order with some degree of peace.” For this, we need to combine two pluralisms: the “coexistence of a plurality of religions, moral systems, and worldviews within the same society,” on the one hand; and the “interaction between religious discourses and the secular discourse without which a society could not exist” on the other.