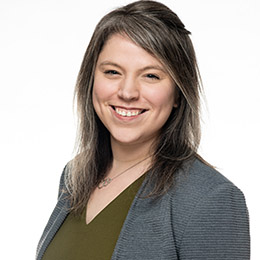 Katherine Younger is an IWM Permanent Fellow and Research Director of our Ukraine in European Dialogue program. She is a historian of modern Europe, with a particular focus on Ukraine and Eastern Europe more broadly. She received her PhD from Yale University in 2018.

Both her involvement in Ukraine in European Dialogue and her research are predicated on an awareness that integrating Ukraine into intellectual and public discourse is vital to understanding Europe and the broader world, both historically and in the present.

Currently, her research concentrates on practices of international politics, forms of imperial governance, and the relationship between religion and power in the long 19th century. Her current book project, based on her dissertation, looks at the role of the Greek Catholic/Uniate Church in European politics from the Partitions of Poland to the turn of the 20th century.

The Universe Behind Barbed Wire: Memoirs and Contemplations of a Ukrainian Soviet Dissident by Myroslav Marynovych (edited by Katherine Younger). Rochester: University of Rochester Press, 2021.

There is an ongoing need for sustained dialogue between Ukrainian scholars, intellectuals and activists and their counterparts in Europe and North America. The Ukraine in European Dialogue research program seeks to contribute to this exchange and Dr. Younger is responsible for this program's implementation.

This project, set up in response to the Russian invasion of Ukraine in February 2022, seeks to facilitate this work by supporting journalists, scholars, artists, public intellectuals, and archivists based in Ukraine as they work on documentation projects that establish and preserve a factual record, through reporting, gathering published source material, or collecting oral testimony; or bring meaning to events through artistic interpretation and intellectual reflection. Dr. Younger leads this project together with IWM Permanent Fellow Timothy Snyder.