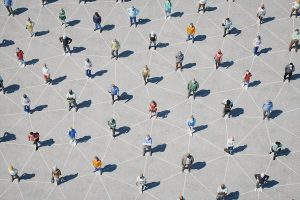 Every crisis is a moment of intensified decision making. It evokes fears, but it also brings fresh chances and generates new hopes. What will be the political aftereffects of COVID-19? Will it, as many feared from the very beginning of the crisis, create new instabilities and play into the hands of populists? Or does it also offer the chance for a consolidation of the political landscape and a strengthening of liberal democracies?

All four of them focus on how COVID-19 will affect the rise of populism. Will the political, social, and economic consequences of the pandemic, for example, result in a political shift toward the center, as people look for stability? Or will we see the opposite: will fears and uncertainties lead to even further erosion of the political landscape? These short essays are part of a larger project on COVID-19 and populism that IWM is undertaking in cooperation with the Institute for International Relations (IIR) in Prague. In the coming weeks, texts, commentary, and critiques from a group of around a dozen scholars will be published on “The New Republic of Letters” (www.republic-of-letters.eu). The selection presented in this weekly focus is a prelude to the launch of this site.

The reflections offered here by Chantal Mouffe, Jan Sowa and Nadia Urbinati have been written specially for this project; Jan-Werner Müller’s was included with the author’s permission. All four offer highly relevant analyses of the current political situation. Additionally, as in our earlier weekly foci, this current discussion is supplemented by a selection of earlier contributions to the Institute’s long and productive engagement with the topic of populism. Links to selected debates and lectures, as well as articles in the IWMpost and Transit, follow in the second half of this focus.

I. Current Political Challenges of COVID-19

Many commentators agree that COVID-19 will have a profound long-term impact on the political landscape. This is also the starting point of Chantal Mouffe’s “After Covid-19, what next?”. The prominent political theorist, best known for her call for a “left populism”, takes as a given that our current situation is very different from the 2008 economic crisis. That crisis resulted in little lasting change, whereas this time it seems improbable that we will return to “business as usual”. She sees many new forms of political activism that question the assumption that neoliberal globalization must simply be accepted as our fate. The serious disturbances brought on by the pandemic will give rise to a need for protection. The crucial question, therefore, is where people will look for this protection. While current developments vindicate the left’s agenda in important ways (perhaps most notably the necessity of high-quality, accessible public health care), we cannot rule out the possibility that it will not be the left but rather its political adversaries who benefit. The most likely scenario, in Mouffe’s view, is a battle between political ideologies over how to rebuild the economy after COVID-19. To win this competition, Mouffe thinks that the left must stake a claim to its own, unmistakable identity, which would include “forsak[ing] the promotion of free trade and realiz[ing] the importance of recovering sovereignty in strategic domains like food, industry, energy and health.” 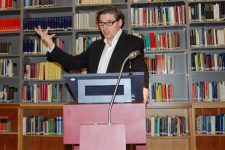 Jan-Werner Müller’s answer to the leading question posed by this focus is already given in the title of his contribution: “Populists Are Likely to Benefit from the Coronavirus Pandemic”. He gives two main reasons why this is the most likely scenario. First, the populists who are currently in power are likely to benefit from the rally-around-the-flag dynamic that usually gives a boost to incumbent politicians in times of crisis. Second, this emergency is a good opportunity for populists to turn to their usual playbook, blaming foreigners, migrants, and minorities for all the problems that arise. Sowing division and even hatred is a strategy that will undoubtedly make an impact, especially in times that feel precarious and uncertain. Müller is convinced that rhetoric at the very top will have long-term effects on the ground, and thus he sees the vicious language of terms like “Chinese virus” as one of the most evil implications of populism: we have already seen the language used by those in power leading to in physical violence against Asian-American communities in the United States, for example. Adopting a term from philosopher Kate Manne, he calls this effect “trickle-down aggression”. It is not too difficult to imagine this rather bleak scenario as the outcome of the COVID-19 crisis. Yet much will depend on how successful the left is in mobilizing citizens behind a counter-agenda of solidarity and stronger state capacities.

The notion of “trickle-down aggression” is taken up by Jan Sowa, who thinks that it does not get to the core of the problem. In his understanding, aggression and anger are already present in society. They exist, as Sowa puts it, “for structural reasons as a toxic left-over from the accumulation process.” What trickles down is not aggression, but rather the permission to put latent anger into violent action. This correction is important for Sowa’s interpretation of populism, as he is convinced that people are not tricked into becoming populists: they become populists deliberately, because populism stills a desire within them. Hence “The Populist Desire” as the telling title of his reflection. Liberal-minded people tend to point out populism’s inconsistencies and errors, but the more crucial question for Sowa is why people are susceptible to populist slogans in the first place. From this perspective, it seems quite clear that while their choice to embrace populism might be ethically doubtful, it is fully consistent in terms of formal rationality. Such populist desire is widespread and indeed, as Sowa might argue, characteristic of postmodern capitalist societies. That means that this desire will have a significant influence on the outcome of the current COVID-19 crisis, and the main question will be which political camp is best able to incorporate it into its agenda.

Nadia Urbinati follows a somewhat different line of thinking in her essay “Populism and the Rhetoric of ‘Bread and Freedom’”. She describes how political leaders in some countries took advantage of the pandemic to install a regime that violates democratic rules and procedures. But the main focus of her analysis is how the “primacy of politics” might be undermined by the expanded role played by scientific experts in solving the current crisis. Some people might see science’s unbiased and sober judgment as an antidote to populist claims. Yet, as Urbinati warns, so far “the pandemic has highlighted the uncertain knowledge of science rather than its salvific power: the crisis has shown that the theories and results of the biomedical sciences are provisional and far from undisputable.” The lockdown that was implemented in the name of health and science will have massive aftereffects in terms of unemployment and economic turbulence. It is not difficult to imagine how the anger of the forgotten might be instrumentalized to the benefit of a populist agenda in the coming months.

II. Populism – A Much Debated Topic at the IWM for almost 20 Years

Back in 2003 IWM’s journal Transit presented a thematic focus on political populism, a phenomenon that was still not particularly well understood and largely overlooked by researchers at the time. Lord Ralf Dahrendorf contributed his observations on the phenomenon under the title „Acht Anmerkungen zum Populismus” (Eight Remarks on Populism). His article offers a concise description of some of the basic components of populism, ranging from the demarcation line between populism and democracy to the role of parliaments to the different facets of right- and left-wing populism. John Gray’s article from the same year, published in Transit online, focuses on “Populism and the Failure of the Centre Parties.” (LINK) It deals with populism as an international development affecting a growing number of countries across Europe, from the Progress Parties in Scandinavia to the Northern League in Italy, as well as similar parties across post-communist Europe. Gray contends that it is these parties that increasingly shape the political agenda, rather than the parties of the left or the centre.

One of the leading experts on political populism is Jan-Werner Müller, political scientist at Princeton University and a frequent fellow at the IWM. In 2013, Müller gave the IWM Lectures in Human Sciences. These three lectures, entitled “We the People – On Populism and Democracy”, provide an illuminating overview. Müller sketches out his theory of what populism is and why populist movements rise and fall. Additionally, in 2016, he participated in the Vienna Humanities Festival. In conversation with Eric Frey, a journalist for the Austrian daily Der Standard, Müller discussed the fundamental question Was ist Populismus? (What is Populism?) and outlined basic guidelines for understanding what distinguishes populism from democracy.
Jan-Werner Müller was also one of the participants in the Burgtheater Debate organized by IWM in cooperation with its partners in April 2017: Leben wir im Zeitalter des Populismus?. The panel, which also included German sociologist Heinz Bude, Swiss politician and journalist Roger Köppel, political scientist Karin Priester and former Austrian Chancellor Christian Kern, discussed the global rise of populism and its impact on democratic societies.

A somewhat divergent view on populism is given by British journalist David Goodhart, who outlined the “Dilemmas of Post-Liberalism” in 2018, in conversation with Christian Ultsch from the Austrian daily Die Presse and IWM Permanent Fellow Ivan Krastev. Goodhart is famous for his distinction between the “Somewheres”, people whose social status confines them to living in a particular place, and the “Anywheres”, internationalized elites who can basically decide to live wherever they please. Here his novel account describes populism as the revolt of the Somewheres against the Anywheres.

A more historical approach to understanding populism is offered in a talk by Stephen Holmes entitled “Illiberal Democracy”, given at the IWM in 2015. In it, Holmes, a well-known political theorist and expert on the history of anti-liberal thought, outlines features of populism that, as he says, “echo” the anti-liberal tendencies of the 1930s. Holmes’s observations offer a profound reflection on how dangerous today’s illiberal tendencies could be for the future of democracy as a form of government.

Many commentators of populism tend to criticize the role passions play in populist strategies’ success. As Chantal Mouffe maintains, however, this assumption is highly misleading if we want to counteract the further rise of right-wing populists. An advocate of “left populism”, Mouffe stresses the crucial role passions play in politics. Her Patočka Memorial Lecture from 2017, “The Affects of Democracy”, develops her idea that affects are indispensable for the construction of collective identities. She explores why affects should be mobilized to create a collective and give new vigour to democratic ideals.

Finally, this thematic focus concludes with two outstanding contributions to the IWMpost. For the Fall/Winter edition 2016 Mark Lilla wrote “The Shipwrecked Mind” (no. 118). Lilla, Professor of Humanities at Columbia University and a regular essayist for the New York Review of Books, lays the groundwork for an understanding of “populism” as a cultural-historical phenomenon in the broadest sense. Why is it, he asks, that the revolutionary spirit that inspired political movements across the world for two centuries seems to have disappeared and been replaced by a spirit of reaction that is proving to be just as formidable a historical force?

Lastly, “Is Democracy in Peril? Politics in the Age of Trump” was the title of a contribution by Michael Sandel to the IWMpost no. 122 (Fall/Winter 2018). Sandel, Professor of Government at Harvard University and a Non-Resident Permanent Fellow of the IWM, sets out to determine four key issues that must be addressed in grappling with political populism: income inequality, meritocratic hubris, the dignity of work, and a sense of patriotism or national community.