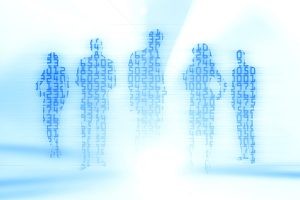 Great hopes were placed just a few decades ago in the empowering impact of digital technology. It was expected to enable unprecedented citizen participation and strengthen monitory democracy, to use John Keane’s apt term for the continuous public control of power, by improving interconnectivity and equalizing access to information for users. Some even prophesied the dawn of a new era of direct democracy. [Read more]

“Fake news”, “polarization”, “manipulation”, “hacker attacks” but also “exploitation”, “humiliation” and “hate” were some keywords of a discussion on the dangers of digital democracy that took place in January 2020 at the Vienna Burgtheater. Eric Frey, editor of Der Standard, discussed with philosopher and activist Franco Berardi, journalist Ingrid Brodnig, and Vice-President for EU Government Affairs at Microsoft John Frank the complex and contradictory implications of digital technology for political life.

Social networks, big data and artificial intelligence are increasingly discussed as a threat to our privacy, a danger to democracy and as a new form of surveillance. Three of the world’s leading activists of the electronic age have gathered to discuss our digital future. Roger McNamee, an early advisor to Facebook’s founder Mark Zuckerberg, has become one of his fiercest critics – his much-­acclaimed book Zucked is a far-reaching indictment of the way the social media giant is dealing with data security. Evgeny Morozov gained prominence with his book The Net Delusion: The Dark Side of Internet Freedom, a prophetic early warning about the dangers of the digital age. Max Schrems, Austrian data protection lawyer, became a world-wide celebrity when he initiated the first successful legal challenge against Facebook for privacy violations. The discussion on social networks and social nightmares was led by IWM Rector Shalini Randeria.

There is no IT system that is not vulnerable” and “it is an illusion to hope that digital technology will remain in democratic hands”, commented economic journalist Thomas Ramge during a panel discussion on the corrosive impact of digital technology on democracy (in German) March 2018 at the Vienna Burgtheater. Besides Thomas Ramge, the panelists were Martina Mara, professor of robopsychology at the Johannes Kepler University Linz,  Kathrin Stainer-Hämmerle, political scientist, and Colonel Walter Unger, Head of Cyber Defense Department, Counter-Intelligence Service of the Austrian Federal Army. The discussion was moderated by Eric Frey, editor of the Austrian daily Der Standard.

Jigsaw (formerly Google Ideas), the “think-do-tank” of Google, sits squarely at the intersection of technology and global security challenges – tackling issues like radicalization, online harassment, censorship, and cybercrime. Jigsaw’s Managing Director Scott Carpenter joined IWM Permanent Fellow Ivan Krastev to explain how his team is using technology to protect free speech and activists around the world, and how technology can help – or hurt – people living under oppressive regimes. Both Carpenter and Krastev stressed the ethical dimension of the challenges posed by digital technology at the Vienna Humanities Festival 2017.

It is often argued that more transparency would restore trust in democratic institutions and corporations as only informed citizens are able to hold politicians and CEOs accountable. However, due to the endemic spread of surveillance and social media it is the citizen who has become transparent, whereas governments, corporations and banks continue to be opaque. How can we redress this asymmetry? Will more information mean more truth? Can greater transparency stop the decline of democratic participation, or will it further accelerate the erosion of trust? These and other questions were the subject of a panel discussion on the dilemmas of transparency in March 2015 at the Burgtheater in Vienna. The four panelists have been dealing with issues of transparency in different parts of the world from various perspectives: Júlia Király, head of Department at the International Business School Budapest; Evgeny Morozov, one of the most astute critics of what he calls the „Net Delusion“; Aruna Roy, an Indian social activist who was instrumental in the enactment of legislation in India guaranteeing the rights of citizens to scrutinize official records; and Max Schrems, an Austrian lawyer privacy activist and founder of the ‘Europe versus Facebook’ group. The discussion was moderated by IWM Rector Shalini Randeria.

In his Jan Patočka Memorial Lecture delivered in Vienna in June 2018, economic historian and IWM Visiting Fellow Robert Skidelsky outlines the impact of mechanisation/automation on the world of work as well as the hopes and fears associated with it. While the replacement of human labour by machines has caused fears of unemployment among the working class, the prevalent discourse in economics has been characterized by optimism and theoretizations about compensatory processes in the economy that would allegedly compensate for the disadvantages of machine use for workers. A similarly optimistic view in the current debate on the consequences of automation on work claims that technology will complement human work, not replace it. Skidelsky critically discusses these optimistic narratives and outlines what policy could do.

In a lecture delivered in Prague in June 2019, IWM Visiting Fellow Robert Skidelsky discussed the implications of Artificial Intelligence for a “good life”. If machines can be programmed to learn to think for themselves, the possibility arises that they will be able to think better than we can, and thus be in a position to  replace human purposes with machine purposes. For techno-enthusiasts the problem is not work, but humanity itself which needs to be improved. It is this claim which makes the human  future an existential issue. If human life is reduced to a set of rational processes waiting to be optimized, we run the risk of losing sight of the irreducible quality of human experience. With his characteristic attention to the subtleties of the human condition, Skidelsky offers a challenging account of what it means to pursue the “good life” in the age of machines.

Max Schrems made headlines worldwide in 2014 when he challenged the commercial use and disclosure of individual user data before the European Court of Justice with a class action lawsuit against Facebook. The Court upheld his action and thus overturned the Safe Harbor agreement between the EU and the USA – an important victory in the fight for privacy in the digital age. In an interview with IWM Rector Shalini Randeria Schrems explains the global relevance of the case, provides information on his further work as a data protection activist and discusses the dangers as well as the opportunities of the digital revolution.
In German