Virus Without Borders – Of Migrants and Closures 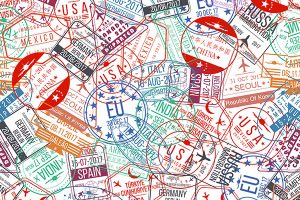 The reconfigurations of borders, territories, and narratives of exclusion in times of Coronavirus highlight questions and dilemmas that have long exercised researchers working on/with migrants and refugees: issues of (national) sovereignty; border regimes, its actors, and discourses; boundaries of communities of solidarity; narratives of exclusion and inclusion; or scales of governance and responsibilities of refugee protection. The challenges of closures in times of the pandemic provide an opportunity to revisit some of the discussions on migration and refugees hosted by the IWM, which acquire renewed significance today. 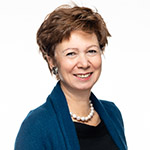 Covid-19 crosses all borders, but its global spread triggered a massive closing down of borders both social and political. A national order of border closures and mobility restrictions led to a re-arrangement of social and political agendas, which made migrants and refugees variously visible and invisible at once. With the pandemic taking its toll, debates on asylum seekers and refugees were silenced almost overnight, whereas the prominence of migrant labor in economic and social life became apparent. The new economic and a political visibility of migrants and migrant labor is uneven and elusive.

The reconfigurations of borders, territories, and narratives of exclusion in times of Corona virus highlight questions and dilemmas that have long exercised researchers working on/with migrants and refugees: issues of (national) sovereignty; border regimes, its actors, and discourses; boundaries of communities of solidarity; narratives of exclusion and inclusion; or scales of governance and responsibilities of refugee protection. The challenges of closures in times of the pandemic provide an opportunity to revisit some of the discussions on migration and refugees hosted by the IWM, which acquire renewed significance today.

Borders and bordering processes are central to migrants’ location in societies. All demands regarding the inclusion of migrants or their unequal economic, social and political treatment are predicated on the way the boundaries of the ‘We” are drawn, re-drawn, guarded, and governed. Strategies deployed in the construction of the differences between migrants and “natives” are historically contingent. As the well-known sociolinguist and recurrent IWM Visiting Fellow Ruth Wodak argues in her lecture at IWM, the instrumentalization of national identity constructions by political parties gain increasingly prominence with the rise of populist politics.

A moralizing cultural vocabulary of exclusion merges migrants and refugees into a category of the “Other”. Such a culturalization and moralization of “tropes for exclusion and inclusion” is at play both in the construction of national identities in Europe and at a European scale in migration discourses, which locate (Orientalized) migrants as the radical cultural “Other” of the European Self. As IWM Rector Shalini Randeria and Evangelos Karagiannis (Research and Publications Coordinator) put it, these Orientalizing discourses construe migrants “as the illiberal Others of the European (Self)”.

Thus today liberal values operationalized by way of sexuality and gender equality function as a new register of border control and social closure in “Fortress Europe”. What happens to these tropes of exclusion, and the European liberal Self with the return of national borders in EU as the pandemic starts shattering the border regime of “Fortress Europe”? Is this the hour of right-wing populists, whose dream of border closure has been realized, as Jan-Werner Müller, Professor of Politics at Princeton University and former IWM Visiting Fellow, asked in his latest comment published on IWM’s Corona blog? Or will they pale into insignificance since their discourse has become the mainstream? 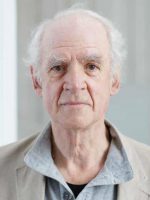 demands for a radical transformation of group solidarities transcending existing alliances, divisions and differences of legal status are often articulated and enacted in urban protest. Cities thus have increasingly become the spaces where the boundaries of the “We“ are challenged. The recent volume Urbaner Protest: Revolte in der neoliberalen Stadt edited by IWM Permanent Fellow Ayşe Çağlar in IWM’s new series with Passagen Verlag explores the dynamics of diverse groups of people coming together to act against neo-liberal policies and urban politics. Their demand for social justice establishes the ground for the common act of city-making (read an excerpt of the book by James Holston), or the shared experience which philosopher and IWM Permanent Fellow Charles Taylor sees as crucial for building the mutual trust necessary to expand and redefine the 'We' (read his interview in IWMpost 118).

However, right-wing politics of exclusionary borderwork is evident in city spaces as well. The politics of visibility and presence is at the heart of claiming new spaces of political activism in places seen as abandoned and “left behind”, as Luiza Bialasiewicz, Professor of European Governance at the University of Amsterdam and a recurrent Visiting Fellow at the IWM (most recently in 2019) showed in her talk at the IWM.

Widespread closures following Covid-19 laid bare the “spectral presence of the migrant as a worker”, as Ranabir Samaddar, director of the Mahanirban Calcutta Research Group and former IWM Visiting Fellow aptly formulates in his introduction to the volume Borders of an Epidemic: Covid-19 and the Migrant Workers. The unsettling figure of the migrant belongs to the world of labor. This is central to the dynamics of her visibility and invisibility.

The migrant is suddenly render 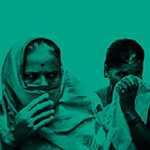 ed visible but as a dehumanized dangerous body that spreads disease as the recent mass exodus of millions of migrant workers in India showed when they were forcibly displaced by work closures from their inhospitable cities to their home villages, where they are equally unwelcome. This stands in contrast to the migrant seasonal and care workers from eastern Europe, whose cross-border arrival was organized by officials in several western European countries despite strict border shutdowns and overlooking potential health hazards. Reduced to their identity and presence as labor, these migrants were even welcomed by anti-migrant, right-wing (nationalist) local governments as they ensure the functioning of agriculture, healthcare and care of the elderly.

Although the pandemic has eclipsed refugees and refugee camps from both national and EU political agendas and the public gaze, the question of responsibilities and protection of refugees as well as the displaced is more pressing than ever. Cracks in the existing architecture of global governance of migration and refugees are ever more evident (for details see Ayşe Çağlar’s article in IWMpost 123). Global Compacts on Refugees and Migration were the focus of a panel discussion at IWM in March 2019 in which the representatives of International Organization of Migration, UNHCR discussed with IWM Visiting Fellows the semantics, economic and political logics, along with the fault lines of these Compacts. The ineffectiveness and inability of international organizations to protect the internally displaced and stateless, who fall outside of the purview of international conventions and compacts have become increasingly acute today (read Ranabir Samaddar’s article on the Rohingya in IWMpost 122). Under conditions of a global pandemic, where the Corona virus recognizes no borders, respects no categories of conventions, protection regimes, regional confinement and regulation policies about refugees, the refugee camps that have disappeared from sight might have a spectacular return beyond borders.