Nationalism and Europe’s Turn to the Right 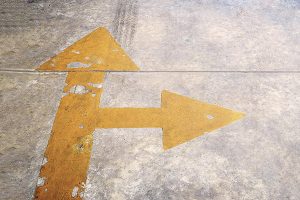 In the 1990s nationalism and right-wing radicalism in Europe were considered things of the past. An increasingly enlarged, and a somewhat more integrated, European Union was usually regarded as an inclusive political project. Having tamed the beast of nationalism, the EU was seen to guarantee the cosmopolitan and democratic future of European nations. Even the Yugoslav wars did not shake this conviction. After all, they mainly concerned the Balkans, a peculiar region considered to be Europe’s alter ego, as Maria Todorova aptly remarked, and often represented as “non-European Europe”. A black sheep’s misconduct, though trying, would not be allowed to sully the family reputation.

Almost thirty years later, nationalism and right-wing populism have become powerful political factors throughout the continent today. Nationalist and far right politicians have been propelled into government in several western and central European countries. They have all embarked on a more or less common authoritarian project. At its dark centre stand two bogymen: the denouncement of the European Union (along with the power of transnational elites ruling national politics) and the demonization of refugees trying to flee to Europe.

Is Europe Taking a Right Turn?

Some years ago, globalization enthusiasm about open borders, freedom of travel, tolerance and liberal values prevailed in Europe. In contrast, the public mood today is defined by demands to close the borders and to exclude those who are perceived as different. There is a resurgence of exclusionary concepts of belonging based on ethnically defined nationality and common cultural/religious roots. Why is there growing support for right-wing political parties? Gilles Kepel, political scientist and distinguished expert on the Islamic and contemporary Arab world, claims that increasing marginalization and alienation from the world market has made large parts of the European population take shelter in cohesive systems of thought that break with the political establishment. Political theorist and recurrent IWM Visiting Fellow Chantal Mouffe relates Europe’s turn to the right to the neoliberal post-democratic consensus (“there is no alternative”) and the failure of Social Democratic parties to develop an alternative narrative that takes into account the concerns of the people who suffer from neoliberal globalization. The discussion is moderated by historian, writer and journalist Philipp Blom (IWM Visiting Fellow in 2017/18).

European Nation vs. Europe of Nations?

A panel discussion in November 2019 at Vienna’s Burgtheater focused on the possibilities and limits of a “European nation” in relation to a “Europe of nations”: Why is the concept of the nation so successful today? How to deal with the resurgence of nationalism and isolationist tendencies in Europe? Political scientist and former IWM Visiting Fellow Jacques Rupnik points to the traditional opposition between Federalists and advocates of a Europe of nations in the European Union and to the challenge of reconciling a multitude of European dreams that coexist on the continent today. Besides Rupnik the panelists were Constanze Itzel (Director of the House of Europe, Brussels), Ruth Wodak (linguist and IWM Visiting Fellow) and Ivan Krastev (IWM Permanent Fellow). The discussion was moderated by IWM Permanent Fellow Ivan Vejvoda.

European polities are facing a challenge from the far right unprecedented in the post-WW II era. This new fascism is well financed, transnational and intent on turning the clock backwards on democracy, human rights, and the freedoms of minorities. Far right politicians often promote climate denial, wrapping this up in a narrative of opposition to ‘experts’ and ‘elites’. Capitalizing on xenophobic attitudes, and promoting a politics attune to a sense of lost ethnic privilege and resentment, the rise of the far right poses a major challenge for democratic and progressive forces. What are the causes of far-right radicalization? What steps can we take to address this ‘politics of fear’? And what alternatives are needed? How can civil society and progressive parties respond? Recurrent IWM Visiting Fellow Ruth Wodak, associate professor at Collegium Civitas in Warsaw Rafal Pankowski, journalist and leading activist in the anti-Brexit movement Zoe Williams, and former Europe’s Futures Visiting Fellow at the IWM Luke Cooper discuss these questions in a reflective dialogue. The discussion was broadcast as part of the Another Europe-podcast. The event and the podcast have been produced in collaboration with Rosa-Luxemburg-Stiftung, Brussels Office. Funded by the German Federal Foreign Office.

Russia and the Western Far Right

Anton Shekhovtsov, former IWM Visiting Fellow and distinguished expert on the European radical right, discusses in his lecture entanglements between various Russian actors (activists, politicians, organizations, media, officials, etc.) and the Western far right. While Shekhovtsov also elaborates on the pro-Soviet or pro-Russian views of particular Western far-right activists in a historical perspective, his major focus lies on contemporary Russia. As Moscow has become more anti-western, contacts with the Western far right have intensified. In his lecture, Shekhovtsov shows that the Russian establishment was initially interested in using the Western far right to legitimize Moscow’s politics and actions both domestically and internationally. More recently, however, Moscow has begun to support certain far right political forces to leverage European politics and undermine the liberal-democratic consensus in the West.

The No Longer Silent Counter-Revolution

The rise of Viktor Orbán and Jaroslaw Kaczynski, the Brexit referendum, and the strong performances of Norbert Hofer and Marine Le Pen are emblematic of Europe’s turn to the right over the last decades. In a conversation with editor-in-chief of Metropole, Margaret Childs, former IWM Visiting Fellow and expert on the European Right, Anton Shekhovtsov, discusses the development of center-right parties towards far-right positions in Europe and draws parallels to the cultural and political developments in the 1970s-80s that were marked by a “silent counter-revolution” of the Right against the post-materialist “silent revolution” of the Left.

At a Political Salon in 2016, Zhanna Nemtsova, journalist, social activist and founder of the Boris Nemtsov Foundation for Freedom outlines the basic features of new Russian nationalism in Putin’s Russia. Throughout his time in power, Putin has been committed to (re-)inventing a Russian national idea. In the end, he opted for one based on imperial glory and an archaic set of thinking. The new Russian nationalism is decidedly anti-western, majoritarian, and denies progress and pluralism. As a result, Russian society is now seen as divided into two groups: patriots and traitors. Being a patriot has been reduced to automatic approval of all actions undertaken by the Russian authorities and a blind admiration for Putin, the new symbol of national unity.

In a lecture held in December 2018, IWM Visiting Fellow Ruth Wodak elucidates the shifts in the discursive construction of national identity in Austria since the 1990s. After presenting the theoretical and methodological framework and the data set including political speeches, commemorative events, (social) media, group discussions as well as in-depth interviews, she focuses primarily on the media representation of asylum seekers, refugees and migrants during the “refugee crisis” 2015 and the changing border and body politics. She concludes with a longitudinal perspective on the discursive construction of (Austrian) national identities.

The Reappropriation of the Nation: Memory, Identity, Emotions

We tend to be critical to the concept of the ‘nation’. This is not surprising given the violence unleashed “in the name of the nation” by nationalist and National Socialist forces in the 20th century. The rise of nationalist far-right parties in Europe over the last years appears to confirm the concern that national ideology may once again be the source of exclusion, persecution and violence. But nations are not per se violent and reactionary. They exist in liberal democracies as well as in autocratic regimes. In her Jan Patočka Memorial Lecture, delivered in Vienna in October 2019, Aleida Assmann, distinguished scholar on collective processes of remembering and forgetting, argues that the concept of the nation should not be left to reactionary nationalists but be appropriated and redefined by progressive forces. (In German)

Historically, nationalism and imperialism have been evil twins. They depend on each other and hate each other. They have shaped the European and global development of the 20th century, and their study offers lessons for the 21st century. Self-determination and sovereignty emerge as key concepts. It turns out that supposedly self-determining nations are anything but sovereign, and they tend to respond to this condition more with their hearts than with their minds. In extreme cases, they panic and choose catastrophe over (inter-)dependence. University of Chicago historian and IWM Visiting Fellow Michael Geyer, one of the world’s leading military historians, was joined in conversation by IWM Permanent Fellow Ayse Caglar at the Vienna Humanities Festival 2019.