Corona and Resurgence of Communitarian Ideas 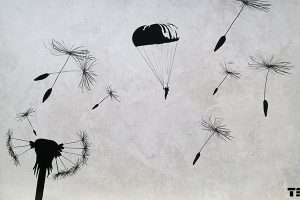 Will Western liberal societies be able to fight against the Corona pandemic with the same rigor and severity as China’s authoritarian regime? Some of the political measures and restrictions put in place are a cause for concern. Although liberal democracies will hopefully prove capable of mastering the pandemic at large, this does not mean that everything will, or should, remain unchanged. Perhaps this crisis entails a clear message for our highly individualized societies, namely that the mere pursuit of one’s self-interest is not enough. Communitarian perspectives, presented in this weekly focus with contributions by Charles Taylor, Michael Sandel, Nancy Fraser, Erna Appelt, Philippe Sands, Serhii Plokhii and others, may provide today inspiration to recalibrate the functioning of liberal societies.

Although liberal democracies will hopefully prove capable of mastering the Corona pandemic, this does not mean that everything will, or should, remain unchanged. Perhaps this crisis entails a clear message for our highly individualized societies, namely that the mere pursuit of one’s self-interest is not enough. 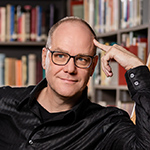 Will Western liberal societies be able to fight against the Corona pandemic with the same rigor and severity as China’s authoritarian regime? This was a nagging concern of defenders of liberalism as the new epicenter of the pandemic shifted to Europe and the United States in mid-March. Would the measures they adopt to stem its spread be as successful as the Chinese ones? Would liberal democracies have the political will to impose restrictions and be able to exercise the necessary control of their citizens to ensure obedience? After three weeks of social distancing, an almost complete standstill of the economy as well as of public life, and a significant decline in the numbers of new infections in most EU countries, we may conclude that liberal societies accepted the challenge and can cope with the crisis.
[Read more]

Charles Taylor, who has been a Non-Resident Permanent Fellow of the IWM for many years, published one of his groundbreaking articles on the topic in the Institute’s journal Transit. Published in winter 1992/93 this now classic text was aptly entitled “Wieviel Gemeinschaft braucht die Demokratie?” (How much community is needed for democracy?). It was republished (also in English) in 2017 by IWM’s partner journal Eurozine. This week’s thematic focus provides links to the English as well as to the German version.

Michael Sandel, another key thinker on communitarianism and long-time associate of the IWM, gave a lecture in memory of the IWM’s founding rector Krzysztof Michalski in 2013, which reflects on the irreplaceable role that solidarity plays in our societies. He also took part in a panel discussion of the series Europa im Diskurs – Debating Europe at the Burgtheater on April 7, 2013. Together with Elsa Fornero, Ira Katznelson, Michael Sandel and Andreas Treichl he discussed how to escape the crises and to promote new models of solidarity and good life. Read the summary in IWMpost 112 or watch the video.

Humanity and Catastrophe – In this conversation, between Philippe Sands and Serhii Plokhii, which was part of the conference  Between Kyiv and Vienna: Histories of People, Ideas, and Objects in Circulation and Motion at the IWM in December 2019, the two authors reflect on the systemic and personal facets of large-scale disaster, the relationship between silence and memory, and lessons for humanity’s future.
[Read more]

How is capitalism best conceptualized  – as an economic system, a form of ethical life, or an institutional order? In her Patočka Memorial Lecture of the year 2013, Nancy Fraser, Professor of Philosophy and Politics at the New School for Social Research in New York, addressed the current sense of crisis – in economy, ecology, politics, and society – which prompted many critical theorists to revisit the problem of capitalism. In her lecture, Nancy Fraser saluted this return to core issues of social theory after a period of neglect.
[Read more]