Reimagining the East-West Divide in Europe 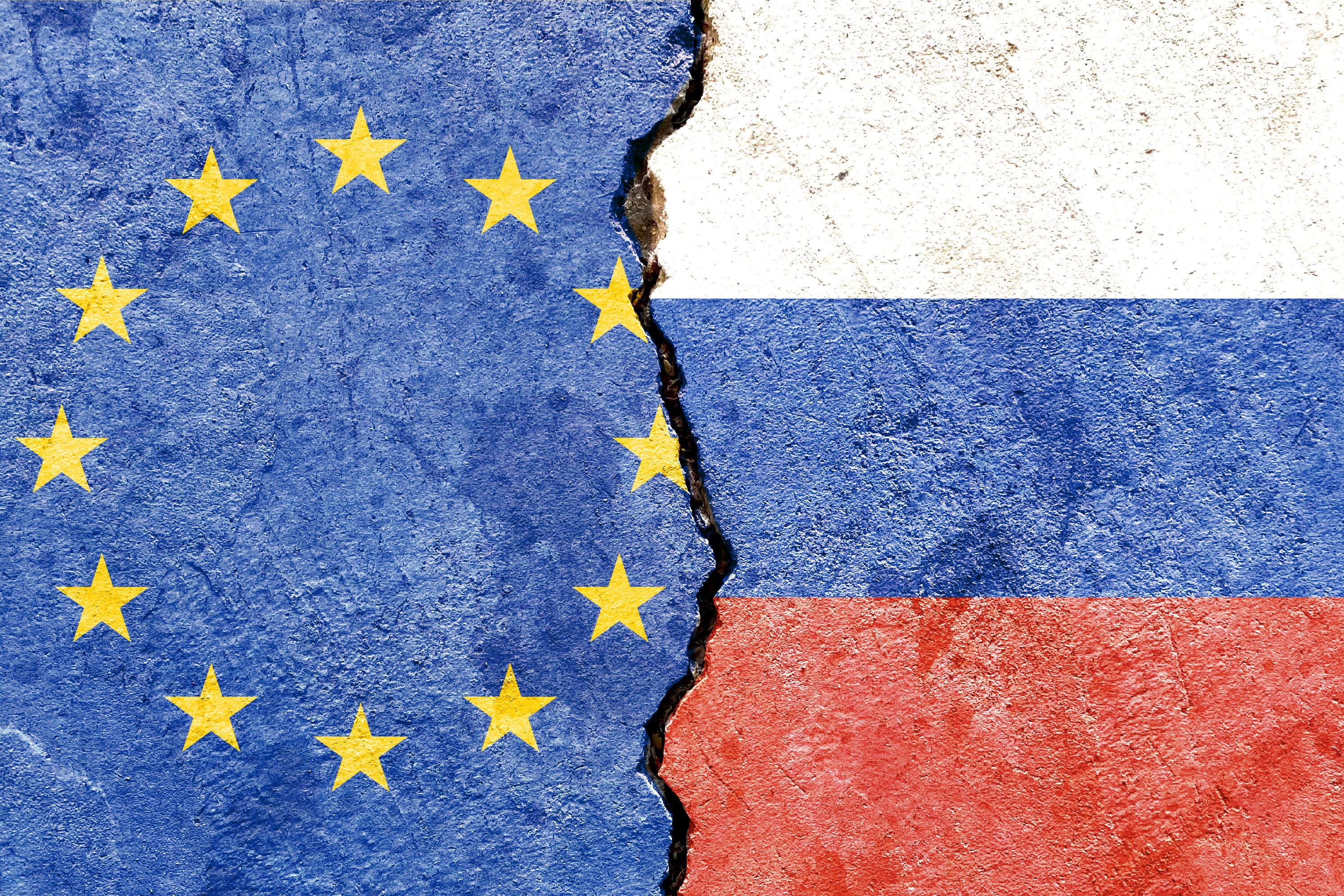 The war in Ukraine is having a dramatic impact on the political imagination of Europe. It has reframed the East-West divide, replacing the Cold War narrative of the past decades with one of decolonization. It does not simply threaten to change the borders of Europe but also the nature of EU’s external borders.

The Ubiquity of Divides

In 1995, the American anthropologist Clifford Geertz delivered a lecture on the nature of the post-Cold War international order at the Institute for Human Sciences in Vienna. His reflections came as a surprise to many in the audience. Contrary to the consensus that convergence, the adoption of Western models, and the spread of Western values in the non-Western world was the dominant force that would shape the future, Geetrz saw the future as marked by growing divergence and pluralism within the East and the West alike. He envisioned a world obsessed with identity, in which “a stream of obscure divisions and strange instabilities” would come to the fore. A world that would be preoccupied
not so much with redrawing borders between states but with exposing the invisible cultural, economic, and political borders within societies. For Geertz the end of the Cold War meant the end of artificial cohesion imposed by the logic of the ideological confrontation between the communist East and the democratic West.

In order to understand this new world, Geertz believed, it would be important to understand “how people see things, respond to them, imagine them, judge them, deal with them” and to adopt “ways of thinking that are responsive to particularities, to individualities, oddities, discontinuities, contrasts, and singularities.”

Geertz turned out to be right in predicting that the age of identity would replace the age of ideologies. The institutional unification of Europe in the form of the enlargement of the European Union did not mean the death of identity politics but its boom.

In the last decade, the European Union has been performing a dance that very much resembles the nineteenth-century quadrille, where participants continuously change partners and roles. The EU danced with the eurozone crisis of 2009–2010; it was taken out of balance by Russia’s annexation of Crimea in 2014 (“a vegetarian invited to the cocktail of cannibals,” in the words of former German foreign minister Sigmar Gabriel; it was profoundly destabilized by the refugee crisis of 2015; and it was spun by Brexit from 2016. In 2020, the coronavirus pandemic for a while put union on hold by closing the borders between member states and making the prospect of a frozen world a threatening reality. These crises exposed divisions and fault lines in the EU but they also gradually redrew its existing ones, allowing new political constellations and alliances between member states that were thought unimaginable during the previous crisis. Surviving different disintegration crises was EU’s mode of deepening its integration.

Whilst the eurozone crisis may have exposed the North-South divide, the refugee crisis cancelled this out, bringing an East-West divide to the surface. Yet along the way it became clear that the most important divide in Europe is not between states but within every single European society, and particularly between urban centers like Berlin, Budapest, and Paris and what the French call the périphérie—rural or deindustrialized areas that feel themselves the losers of globalization and European integration. It was this divide within the United Kingdom that resulted in Brexit, the EU’s greatest challenge to date.

Russia’s invasion of Ukraine has marked the second coming of all of those crises. Europe lives now in fear of inflation and recession; the inflow of refugees from Ukraine is twice as big as the refugee wave of 2015; and the cannibals have forced Europeans to reconsider their vegetarianism. But all these current crises are experienced very differently this time. At least for now, the war has united Europe rather than divided it. It has also had a dramatic impact on the political imagination of Europe. It has replaced the Cold War narrative that shaped politics over the last decades with one of decolonization—the slow and painful death of the Soviet  empire—and at the same time defined the borders of Europe by excluding Russia from it and reducing Europe to the future borders of the EU. What was till yesterday a political border was re-drawn as a cultural border.

The East-West Divide and the Borders of Europe

The East-West divide has always been quintessential for European self-imagination. In his classic work Inventing Eastern Europe, Larry Wolff has shown that the Iron Curtain was drawn much earlier than in Winston Churchill’s speech in Fulton in 1946. In any historical moment since the Enlightenment, Europe has defined itself through its relation to the East. In the eighteenth century, crossing the border between Prussia and Poland was tantamount to crossing from civilized Europe into barbarian Europe. In the West’s philosophic geography, Eastern Europe was Europe and non-Europe at the same time. The opposition between liberal democracies and socialist—later post-socialist—societies has been the dominant political framing of this divide since the end of the Second World War. The West was the model for the East.

The war in Ukraine suddenly challenged West’s moral authority. Poles, Czechs and Bolts loudly announced that they were right and West Europeans were wrong when it came to Russia. East has declared that the West has failed to make sense of a world shaped by the legacy empires rather than the legacy of the Cold war.

Bridging the Divide Between Former Empire and Nation-state

Empires were of constitutive importance for the European project. Europe’s most dangerous myth, argues the historian Timothy Snyder, is that the EU was founded by small and medium-sized nation-states. In reality, he writes, “The European Union is the creation of failed or failing European empires. At the beginning is Germany. The Germans were defeated in 1945 after the most decisive and most catastrophic war of colonialism of all time. We remember it as the Second World War. Italy in 1945 also lost a colonial war in Africa and in the Balkans. Not long after, in 1949, the Netherlands lost a colonial war in the East Indies. Belgium lost the Congo in 1960. France, having been defeated both in Indochina and Algeria, makes a decisive turn to Europe in the early 1960s. … These are the powers that initiated the European project. None of them were nation states at the time. None of them had ever been nation states.” It is only with the EU’s eastern enlargement of 2004 that classic nation-states joined the integration project en masse. Having been the subject of imperial aspirations in the past, they have naturally very different sensibilities than the former empires that initiated the European project.

In the 1990s, the EU tended to view itself as a unique postmodern empire surrounded by countries desperate to join it. Like other empires before, it promoted law, peace, and trade. European elites were forced to understand that recognizing divisions and learning to live with them, rather than hoping to overcome them, was what was needed. The EU celebrated cultural diversity and condemned nationalism.

In contrast, the Eastern European nation-states that joined the EU in 2004 were rather obsessed with the ideas of national sovereignty and ethnic homogeneity. Ethnic homogeneity was viewed as a way to reduce tensions, increase security, and strengthen democratic trends. Minorities were viewed with mistrust. Not only nationalists but also communists (who are self-professed internationalists) believed in the central importance of ethnic homogeneity. In order to integrate successfully into the EU, they had to unlearn what many of them still see as the twentieth century’s major lesson—that ethnic and cultural diversity is a security threat.

On the one hand, the war in Ukraine appears to be the last iteration of Europe’s political geography based on an East-West divide. In this, Ukraine is the West and Russia the East that will never become Europe. On the other hand, the war is transforming the nature of the EU’s borders. The European project was always characterized by an unwillingness or inability to define Europe’s final borders. The EU has been an empire defined by hard budgets and soft borders. This was closely related to the idea that Europe does not end at the borders of the EU. Shifts in the EU’s borders have always been a matter of transforming neighbors. However, the war in Ukraine faces the EU not with the question how it could transform its neighbors but with that of how to resist hostile powers like Russia transforming or destroying it. Suddenly there is a demand for hard and defendable borders even at the cost of higher budget deficits. And Europe and the EU are becoming congruent.

Thus Russia’s invasion of Ukraine has made it possible for the EU to bridge the political divide between former empire and nation-state and forced Europeans to see differently the future of their political project. In order to defend the EU’s sovereignty and values, Germans and French have identified with the national liberation movement of Ukrainians, while Polish nationalists have turned their back on the obsession with ethnic homogeneity in opening their border to their eastern neighbor. The “xenophobic Poles” of 2015 have welcomed in 2022 more than three million refugees from Ukraine and the fiscally conservative Germans of 2010 now support economically costly sanctions for the purpose of breaking Russia’s war machine.

The war in Ukraine allows Europeans to reinvent the EU as a postmodern empire sharing the sensibilities of former colonized nations.

Ivan Krastev chairs the Centre for Liberal Strategies in Sofia and is a permanent fellow at the IWM.