Should the Smart Rule? Meritocracy and Democracy’s Crisis 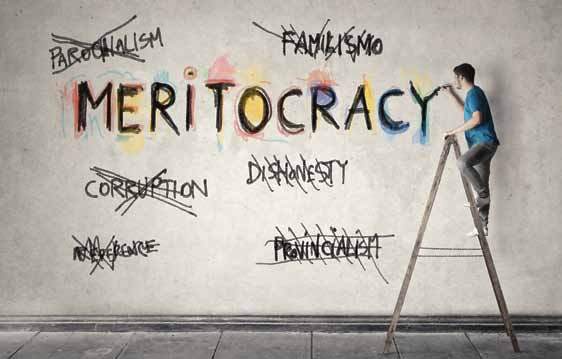 A growing number of scholars point at shortcomings of meritocracy as the main explanation for the current crisis of democracy. Do their strongest arguments prove the case against meritocracy?

That liberal democracy is in crisis hardly makes news today, so often has its imminent death been announced. Yet for the past fifteen years organizations monitoring freedom and democracy in the world have reported a trend of declining quality of democracy, affecting even consolidated democracies. This trend has accelerated during the coronavirus pandemic. Different diagnoses have been advanced, some pointing to problems specifically with the liberal component of liberal democracy. Not incidentally, populists of different ideological stripes eagerly attack liberalism—the amalgam of the rule of law, individual and minority rights, and free markets—as the main culprit for the problems nations and humanity as a whole face. Some even boast of building innovative “illiberal democratic” regimes, exploiting the democratic credentials of popular sovereignty as the main legitimating source of political authority, while steering clear of liberalism’s limits on the majority’s will. Populists typically also lash out against liberal meritocratic elites.

Building on Michael Young’s pioneering work, a series of authors, including the Harvard professor and “moral philosophy’s popstar” Michael Sandel, have recently advanced an intriguing explanation: meritocracy is to blame.

Meritocracy as the competent rule in the best interest of all by the smartest—the winners of free and fair competition for top positions in society—has been a central liberal promise. It is often presented as a foundational ideal for the liberal democratic order. Delivering on this promise explains the unprecedented economic and human development that modernity brought about. Unleashing human talent was also behind the triumph of liberalism as the victorious ideology of the twentieth century.

Against the background of this success story, the cascading critiques against meritocracy come as a surprise. Why think that an ideal for ordering society, defining success and allocating each person’s place according to her talent and efforts can be the cause for the current crisis and a prime driver of support for populism?

Objections to meritocracy target either the ideal or its application. Both should be taken seriously.

Take the issue of ideal’s application. One cannot deny meritocracy is a demanding ideal, impossible to realize fully. If everyone’s place is to be determined solely by her own merits, this requires perfect equality of opportunity guaranteed to all, which is only achievable at the prohibitive cost of abolishing the family and communally raising the children. Yet if societies are reluctant to pay for it, they should not even strive to approximate the ideal: anything short of full meritocracy is worse than no meritocracy at all, these critics conclude. This all-or-nothing position may seem principled yet is hardly tenable: barring perfect equality of opportunity, it denies giving any opportunity to the disadvantaged to develop their talents, which is damaging to both individual and societal prospects.

Objections to the meritocratic ideal itself dig deeper, targeting its moral core. Few but meritocracy’s most ardent critics object to one’s place being determined by personal merits, rather than by the likes of “bloodline,” family connections, and money. Many also argue for a wider definition of merit to include all personal attributes advancing society’s well-being, and not just cognitive abilities. Yet few are ready to fight head-on the “tyranny of merit,” to quote the provocative title of Michael Sandel’s latest bestseller. He aims higher: he attacks meritocracy’s central moral thesis of “desert.” Its moral claim is not just that the place of meritocratic winners (along with everyone else) is determined by their merits alone, but that they are also morally anointed as fully deserving of their success and as fully entitled to its rewards. Sandel objects: as one’s talents are a matter of luck, one cannot take any credit for them, so one does not deserve the success they earned. He concludes that success based on personal merit is no less morally arbitrary than success based on any other form of luck, such as being born wealthy or with an aristocratic title. Hence the successful do not deserve their place even in fully fair meritocracies.

Other critics object that meritocracy is just a myth, deliberately designed to justify huge preexisting inequalities in rewards distribution. Its unchallenged dominance has brought further unprecedented growth of inequality, splitting meritocratic societies into morally deserving winners and blameworthy losers. And the governing elite of smart meritocratic winners feels neither solidarity nor responsibility towards the losers, who, on their part, feel left behind by the self-serving, irresponsible, disloyal elite.

These concerns should be taken seriously: the growing social distance in nominal meritocracies between smug winners and resentful losers fuels populist revolt. While inequality of wealth and status is nothing new, the inequality produced by meritocracy’s myth is particularly offensive to those on the losing side. Sandel compares inequality in modern meritocratic and in traditional aristocratic regimes: even when inequality is greater in the latter, it is less offensive to those at the bottom as they view their place as natural rather than deserved. The extra offence in meritocracy comes from the winners’ self-celebratory sense of entitlement—“meritocratic hubris,” to use Sandel’s phrase. Convinced they are fully entitled to their rewards, they not only believe they do not owe anything to anyone, they also put the blame on the losers themselves: as they lost in a fair competition, this must be due to their own weaknesses. The winners thus feel justified in looking down upon the losers as morally inferior: why not then humiliate them as a “basket of deplorables,” the phrase that cost Hilary Clinton the U.S. presidency.

Faced with the belief in meritocracy as dominant ideology, those seeing themselves as its losers often believe they deserve their plight, lose self-esteem, and develop depression. This explains, for example, the opioid crisis and the growing number of “deaths of despair” among noneducated male whites in the United States, who view themselves as status losers with no one else to blame. The populist backlash is another response by those feeling humiliated: instead of blaming themselves, they revolt against the meritocratic elites they deeply resent.

Meritocracy’s critics are less convincing when it comes to offering solutions. Even at his most tyrannicidal, Sandel hesitates to call for abolishing meritocracy altogether. In his alternative model of society, the more competent still become the elite, but under conditions that would make them more aware of the role luck played in their success. A “one-off lottery for placement” at the most selective universities may do the trick and prevent “meritocratic hubris.”

It is doubtful, though, that being lucky in such a lottery would suffice to instill humility and make elites more solidaristic and responsible: actual lottery winners are not known for spending their fortune on charity. Extending merit’s scope to include a wider range of talents may be a better idea as it makes everyone better off while allowing each to develop one’s talents, without producing a society of winners and losers. Many more ideas worth experimenting with may be proposed. Yet the key for a fair and prosperous society is guaranteeing the highest achievable equality of opportunity to all: this ensures that each person, irrespective of her circumstances, can develop her potential to her and everyone else’s benefit.

Ruzha Smilova is programme director at the Centre for Liberal Strategies, Sofia, and senior assistant professor at Sofia University. She is an IWM Democracy visiting fellow  (September 2021–February 2022).