Freedom Is an Identity 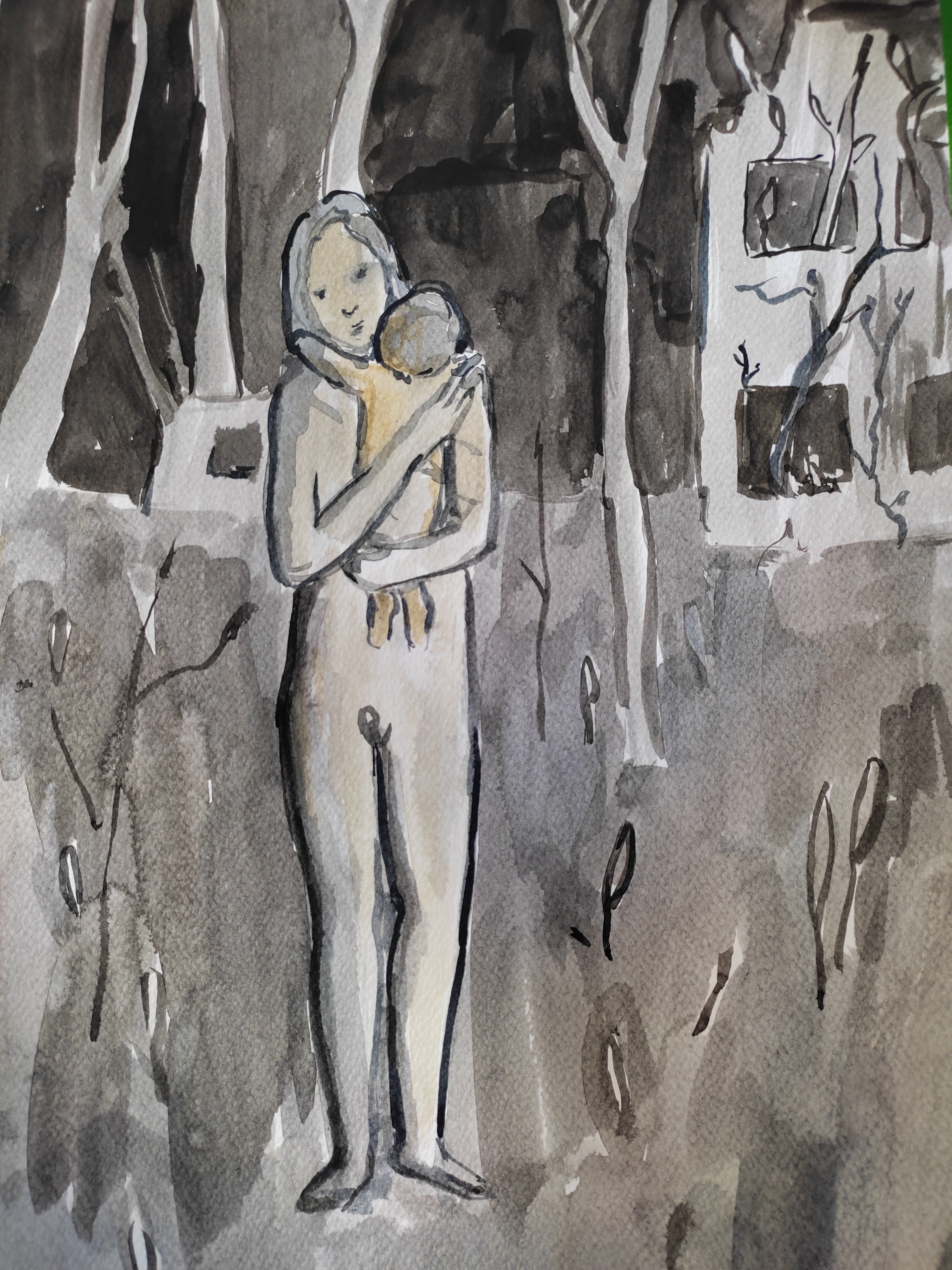 Trying to reduce Ukrainian identity to simply language or ethnicity is a mistake. Looking at family histories helps us to think of it as a choice, a choice for Ukraine and for freedom, amidst and despite the violent, traumatic experience of the 20th and now 21st centuries.

One of Russia’s stated justifications for its war against Ukraine is to protect the Russian-speaking population, not only in Donbas but throughout Ukraine. There is no doubt that this was just a pretext to start a brutal war in Ukraine, to seize the country. But Russia’s propagandists have miscalculated. In Ukraine, it has not mattered for a long time in what part of the country you were born. We are all Ukrainians – Ukrainians from the Crimea, Luhansk, Donetsk, Kyiv, or elsewhere. The story of a separate Russian-speaking population is a myth that dates to Soviet times. And let me explain why. 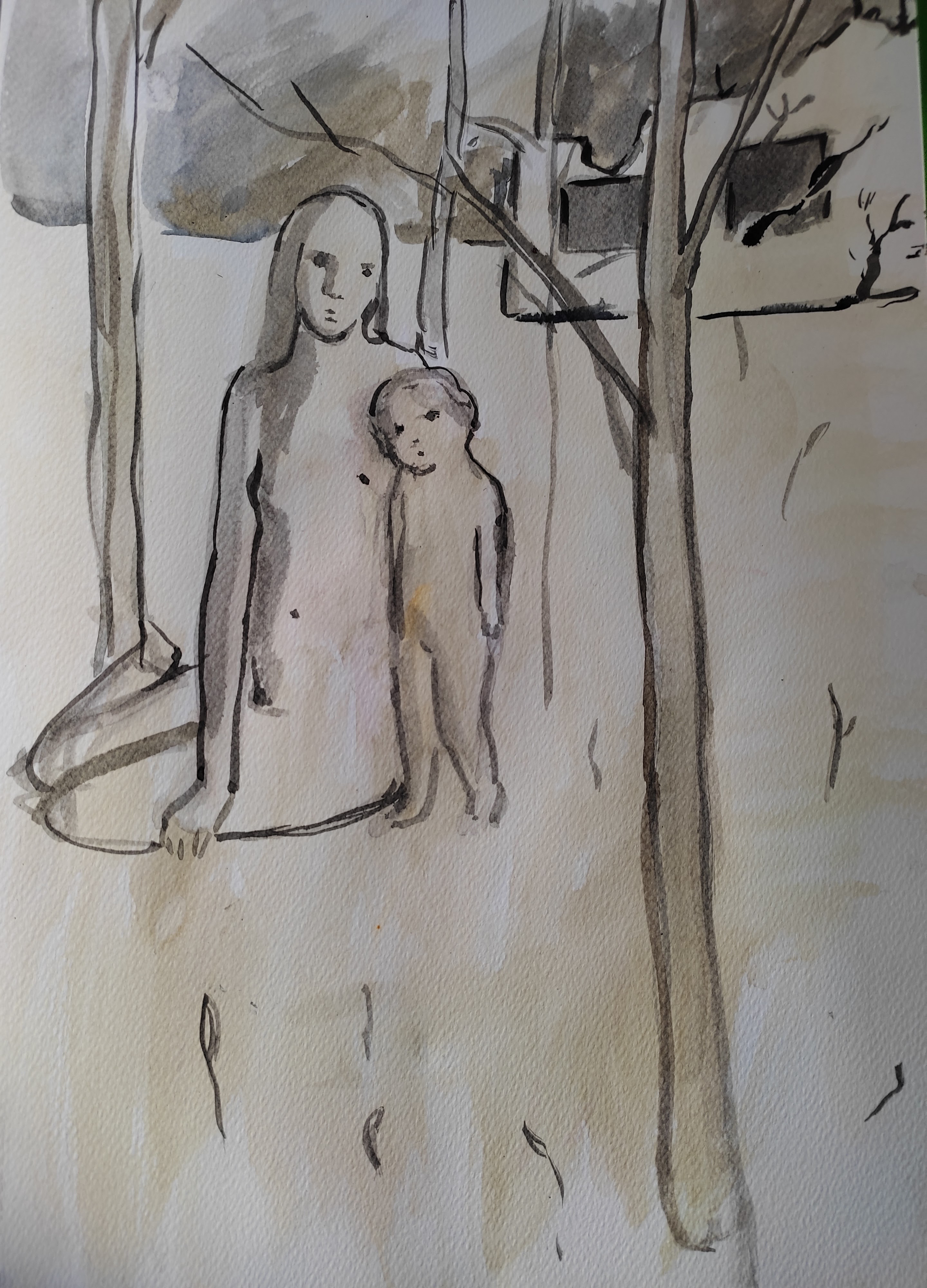 Born in a small town in the Luhansk region, throughout my childhood I spent time at my grandparents’ house. Their village was situated in a landscape that I could not help but embrace and absorb. In the late 1920s-early 1930s, Ukrainian futurists described this region as the place where Utopia was born: here, people refashioned the landscape. The coal miners who toiled here believed they were working for the greater good, building a better future.

My grandparents' street dead-ended on the edge of a mine. The mine, which closed sometime in the mid-1990s, cut into the steppe like a knife. Beyond it spread the vast Ukrainian steppe, wild and untamed. It seemed to me that real freedom and courage lay out there, beyond the dormant railway tracks. Growing up here, I thrived like grass that flourishes even in unsuitable soil, despite strong winds and long droughts. There is no more beautiful metaphor for the struggle that is life.

My grandfather had no choice but to become a miner, nor would his third and youngest son, my father. My grandfather never spoke Ukrainian. His Russian was very unique, quite often incorporating Ukrainian words. He never sang Russian songs, only Ukrainian ones. And believe me, the way he sang those Cossack songs was unsurpassed. They embraced the importance of freedom, which sometimes trumps family:

My grandfather was born in 1927 to Ukrainian-speaking parents, one of the youngest of seven children. That year marked the end of indigenization, a policy adopted in 1923 to promote national languages and cultures and thus bind the indigenous peoples of the Soviet republics to the communist system. This led to a short period in which Soviet-Ukrainian cinema, literature, drama, and visual art bloomed.

1922 saw the establishment of the All-Ukrainian Photo-Cinema Administration in Kharkiv. This was the Soviet Union’s most important movie studio, producing avant-garde films such as Dziga Vertov’s The Man with a Movie Camera (1929). The Kharkiv-based futurist magazine Nova Generatsiia provided a forum for the theoretical works of the influential painter Kazymyr Malevych. In 1923, the Berezil Theater was founded, with set designs that enthralled visitors to international exhibitions in New York and Paris in the mid-1920s.
Throughout this period, freedom of expression thrived; artists engaged in democratic debates over the goals and objectives of art. Ukrainian cultural figures strove to create their own Utopia, one that differed from Russia’s. Their outstanding work drew on international and Ukrainian cultures and traditions and found inspiration in Ukrainian landscapes and the Ukrainian language.

All these euphoric forms of expression vanished in the wake of the First Five Year Plan and its policies of crash industrialization and collectivization. One of the first major Soviet show trials took place in Kharkiv in 1930. In 1932, collectivization produced widespread famine, the Holodomor, and in 1937, leading cultural figures – including many of the Ukrainian filmmakers, writers, artists, and theater personalities of the 1920s – fell victim to mass repression.

1937 was a tragic year for my family as well. My great-grandfather was “unmasked” as an “enemy of the people” and shot in Donetsk. My family does not know why this happened, but my great-grandfather had participated in the revolution and supported Stalin’s chief rival Leon Trotsky.

That verse about the Cossack Sahaidachny also speaks to another aspect of my great-grandfather’s life: a few years before he was shot, he had left his family and chosen his own freedom. My great-grandmother, abandoned but still married to an “enemy of the people,” was also repressed. She and her children were sent to Kazakhstan, where they stayed until they were officially rehabilitated in 1954. When they returned to the Luhansk region, my grandfather was 27 and spoke almost no Ukrainian. His mother, however, never forgot her native tongue.

To this day, even after enduring artillery barrages in the Kyiv suburb of Irpin and fleeing across the rubble of a bridge, carrying only my documents in my small backpack and a cat in my arms, my great-grandmother’s fate overwhelms me. I still can't imagine what it must have been like to be deported from your homeland with seven children and to survive repression in another country, to care for so many young lives and remain strong.
Throughout my career conducting gender research and bringing feminist theory into my analysis of visual arts, I never thought that these perspectives would lead me to reflect on the revolutionary history of my own country and family. Like my great-grandfather, my great-grandmother chose freedom. She found her freedom in care, empathy, and love. Her courage and power were based on preserving her Ukrainian roots, traditions, and language.
As a researcher, I often direct attention to women’s experiences in representations of war. Crucially, these experiences tell me more about how trauma works and how people process it. These are never linear stories, and they are never stories of victory. These are stories of people living life, living despite anxiety. The experiences of my great-grandmother – who spoke Ukrainian until the end of her life and stopped communicating with my grandfather because he married a girl from Voronezh, Russia – reveals other aspects of war. What is it like to move to a whole new setting with young children against your own and their will? What is it like to be a prisoner in a country you did not choose? What is it like to return to a house that no longer belongs to you? And, finally, is it possible even to half-love your enemy? My great-grandmother couldn't. For me, the big question is whether I will choose her path or whether I will be able to look directly into the eyes of those who shell my home every day.

As I research art, myths, and propaganda in the context of the Donbas, I have started to think more about my own identity. I was born in the industrial region of Luhansk; relatives on both sides of my family were repressed by the Soviet authorities for various reasons. My parents speak Russian, but I have been bilingual since childhood. I got my Ukrainian passport when I was 16. It was no accident. It was my choice.

So, what is my identity? What does my bilingual perspective tell me? I have always been critical of sociological research that addresses issues of “identity and language in the Donbas.” The identity of any Ukrainian will never correspond to a tiny tick in a column on a sociological questionnaire. There is so much more to a biography than mere data. It often involves challenges, a struggle, and choices – first and foremost, a choice for freedom. 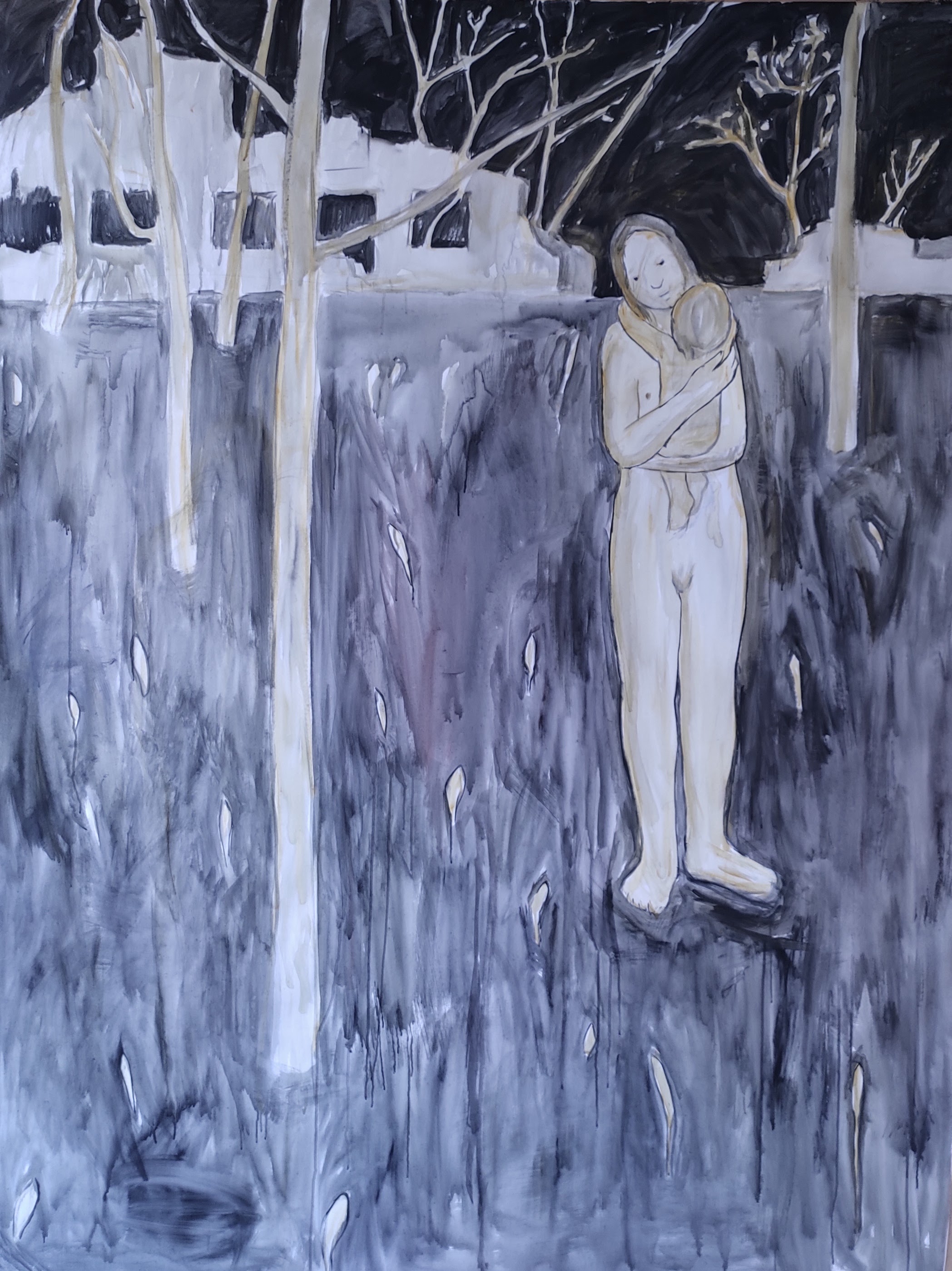 The notion of "Russian-speaking Ukrainians" is misleading and manipulative, because we are all Ukrainians, first and foremost. And today, we are all forced to flee a war of aggression waged against us by the Russian Federation. It does not matter how big our backpacks and suitcases were when we left our homes. It does not matter where the trains take us. Our hearts will remain in those places under siege. In my case, one part of my heart remained in the Luhansk region, another on the outskirts of Kyiv.
Without too much pathos, we have chosen freedom again today. So, next time, when I fill out a questionnaire, I will note:

Kateryna Iakovlenko is a visual culture researcher. She was a visiting fellow at the IWM in 2022.

This article appeared in the special Ukraine supplement to IWMPost 129