Austria and Israel: On Memory and International Relations 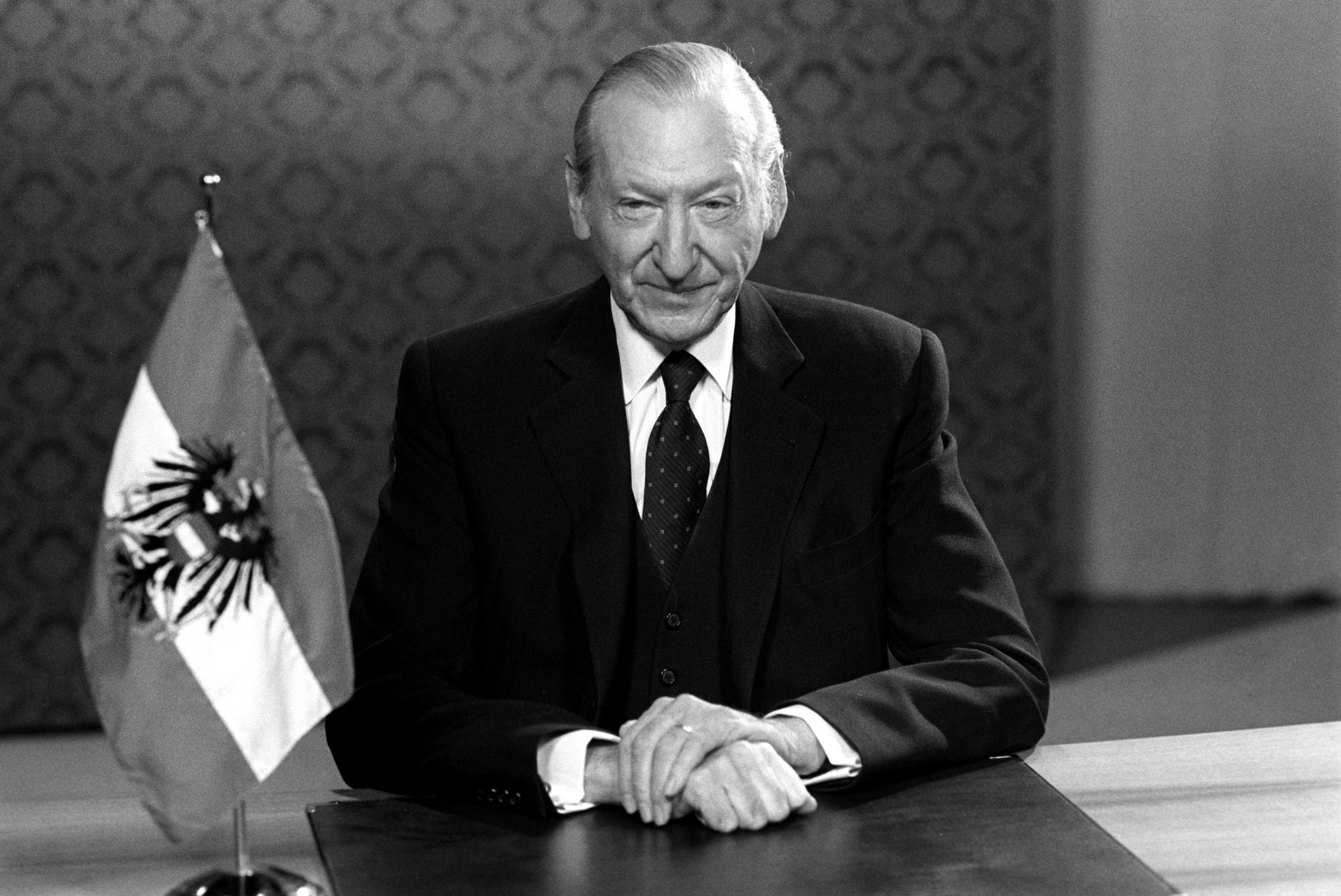 Address of the Federal President Kurt Waldheim on the commemoration of the Anschluss 1938–1988. Photo: Thomas Ramstorfer / First Look / picturedesk.com

“The problem with the Austrians is not that they seek to forget what happened, but that they remember what did not happen.” (Israeli newspaper Yedioth Ahronoth at the time of the Waldheim Affair, 12 June 1986)

Despite playing an integral part in the Third Reich, Austria was deemed by the Allies as early as in the Moscow Declaration of 1943 to be the first victim of the Nazis’ aggression. This terminology was adopted by Austria after the end of the Second World War, when it used the victim narrative in the hope of avoiding any kind of responsibility for its part in the atrocities committed at the time. However, for decades, Israel’s relations with Austria were not called into question over Austria’s behavior during the war. This only changed in 1986 when Austria intensively renegotiated its collective memory following the Waldheim Affair, which was also highly debated in Israel. This turning point marked the birth of the memory discourse within Austrian-Israeli relations.

On Memory and International Relations

Memory has always played a crucial part in building identity on the personal and on the collective level. But it was only during the first half of the twentieth century that the term “collective memory” appeared in the academic literature, contextualizing memory as a social practice.

The late 1970s saw a growing interest in memory that was greatly attributed to the aftermath of the two World Wars, and particularly to the remembrance of the Holocaust. While collective memory and the politicization of memory were previously seen as a national phenomenon, the analysis of the Holocaust as a constitutive event in world history led scholars to look at memory in an international way, examining the influence of the global memory of the Holocaust on world norms and nation-states and arguing that memory can be shared by different cultures, societies, and countries.

While the exploration of collective memory is still largely absent from the field of international relations, “expressions” of it have found their way in; for example, in studies on the “lessons of the past,” reconciliation, and the role of trauma in interstate relations. Research on the relations between Germany and Israel, for example, has demonstrated that their shared memory made the collective memory of each dependent on and related to the other. Moreover, memory became a prominent issue in the diplomacy between the two states, which share what has been called a “special relationship.”

Vienna was eager to establish diplomatic relations with the new Jewish state already in 1949, believing that this could strengthen the image of Austria as “the first victim of the Nazi regime” and give the country legitimacy on the international stage. At the same time, Israel avoided exactly this kind of acknowledgement for the very same reasons.

Israel sought to add as a condition for a diplomatic agreement a “friendship declaration” between the two countries, in which Austria would recognize its share in the crimes of the Second World War. But, faced with urgent economic needs and understanding Austria’s crucial role as a transit point between West and East, by 1950 Israel decided to establish partial diplomatic relations without obtaining such a declaration. This episode was the only time Israel asked Austria to acknowledge its part in the war and in the Holocaust, and later discussions on restitution were not led by Israel but by Jewish organizations.

The Waldheim Affair—when Kurt Waldheim, a candidate for Austria’s presidency in 1986, was revealed to have been a Wehrmacht officer in the Second World War—raised two major issues that had not been discussed in postwar Austria: anti-Semitism and the country’s role in the war. It also led to a strong reaction in Israel. There, Waldheim became the archetype of Holocaust perpetrators, painted as a model villain of Austrian society, embodying all those who ran away from their past without recognizing their responsibility. When Waldheim won the election, Israel decided to limit its diplomatic representation in Austria and called back its ambassador from Vienna. This strong reaction made it very clear that the past was still embedded in Austrian-Israeli relations and able to undermine their stability.

In 1991, Chancellor Franz Vranitzky recognized Austria’s responsibility for its part in the war in front of the country’s parliament. He did so again in 1993 during a historic speech in Jerusalem. The new official Austrian narrative of co-responsibility was warmly welcomed by Israel but also suggested that from now on relations depended on Austrian acknowledgment of the past and on the memory discourse between the two countries.

The new framework of Austrian-Israeli relations was put to the test when Jörg Haider led his far-right Freedom Party of Austria (FPÖ) into a government coalition in 2000. The reaction in Israel was perhaps even harsher than during the Waldheim Affair. Haider was understood as a huge threat to the Jewish people, and many believed that he might even be the next Adolf Hitler. Austria’s refusal to acknowledge its past for so many years was once again discussed, and it was suggested that it was not by chance that Haider got so much support in his homeland. His success led to such fear that Israeli officials even called for bringing Austrian Jewry to safety in Israel. As the FPÖ entered the coalition—although eventually without Haider—Israel severed its relations with Austria once again, calling back its ambassador from Vienna.

However, when the FPÖ again became part of a coalition government in 2017, it was clear from the beginning that the party was doing everything in its power to not be caught expressing anti-Semitic sentiments and to not be viewed as a threat for Jewish people. The new government also made efforts to show how pro-Israel it was. The continuing policy of acknowledging Austrian responsibility toward Israel and the Jewish people even when a far-right party was in the government helped prevent strong international criticism and the severance of diplomatic relations with Israel. This time, Israel decided to keep the diplomatic relations untouched while not working directly with members of the FPÖ.

This overview suggests that, while for Israel the troubled past and its memory were an obstacle in the beginning, it was Austria’s change of collective memory with the Waldheim Affair that pushed memory discourse to be a prominent and defining character of its relations with Israel. This example allows us to understand better the changes in the use of memory in bilateral relations and as a diplomatic tool.

It also provides us with new insights on the politicization of memory in the international sphere, as it shows that it is not only groups within a nation that use specific memories in order to define their identity and to achieve their desired political goal within a state, but also countries and international movements that adopt memories in a selective way to realize their goals in the international arena. In that way, the politicization of memory becomes a political tool in both the diplomatic relations of a country and in its creation of its desired image abroad: the adoption of the yellow Star of David as a symbol of resistance by Covid 19 deniers, and President Vladimir Putin’s use of the term “de-Nazification” to justify Russia’s war against Ukraine, for instance, are two recent and relevant examples of the importance of research on memory and its use in international relations.

Noga Sagi is a PhD candidate in the Center for German and Austrian Studies at The Hebrew University of Jerusalem. She was a junior visiting fellow at the IWM in 2021–2022.