The Tragic Journey of the Komagata Maru 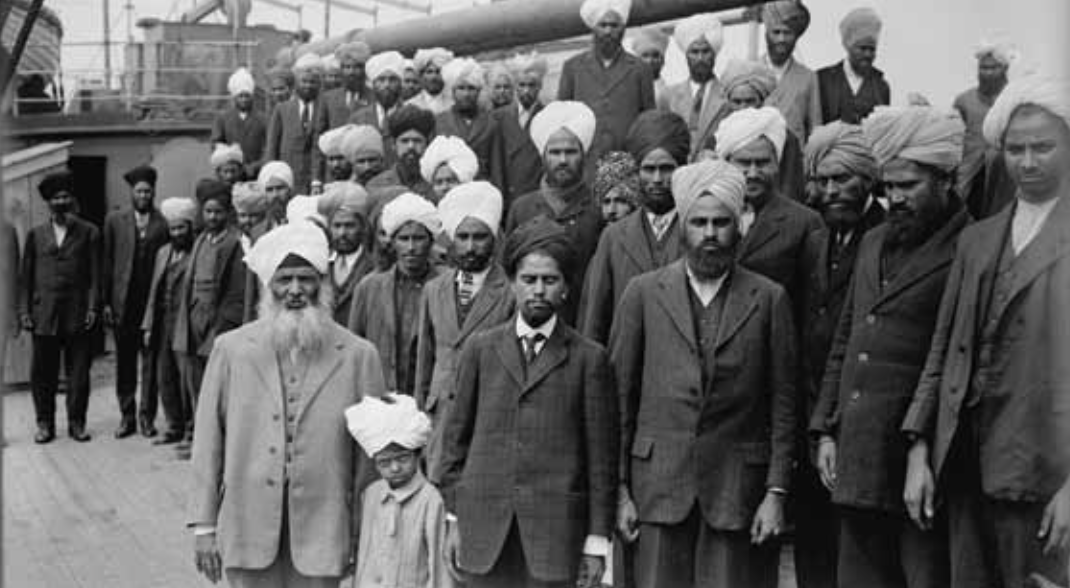 Floating Immigrants in Search of Land. A ship with people no one wants. The Komagata Maru incident more than a century ago prefigures the experiences of refugees and stateless people of our time.

In 1914, Gurdit Singh, a Sikh businessman, chartered the Komagata Maru at Hong Kong to help some Sikhs and other Indians to migrate to Canada. The ship, carrying 376 passengers, reached Vancouver in British Columbia on May 23. The Canadian immigration authorities allowed only 22 of them to disembark, however, as the others did not fulfill the requirements of continuous journey under Canadian law. The Komagata Maru remained anchored in Vancouver’s harbor till July 23 without adequate provisions. Compelled to return literally at gunpoint, the ship stopped at Yokohama, Kobe, and Singapore, where the British authorities ordered it to sail to Calcutta. On September 26, it was searched for arms and seditious literature at Kulpi, in Bengal. The search did not yield anything and on September 29 the ship arrived at Budge Budge, near Calcutta.

The commissioner of police asked the passengers to disembark and to proceed to a special train waiting to take them to Punjab. Gurdit refused as they were carrying the sacred book of Sikhism, the Granth Sahib, which they intended to install at the Gurdwara in Howrah. The passengers eventually disembarked with Gurdit carrying the Granth Sahib on his head. As they reached the station, they sat on the road. On being asked to board the train, Gurdit argued that it would be sacrilegious to take the sacred book onto it. The situation became increasingly confrontational and the authorities appealed to Calcutta for more troops. After some time, the crowd stood up, crossed the level crossing, and started marching towards Calcutta. With the police following, the procession was stopped by troops from the Royal Fusiliers. They asked Gurdit and the others to go back.

On their return to Budge Budge, the passengers refused to go back to the Komagata Maru and squatted on the road. The Punjab police and the British forces guarded them. The Granth Sahib was placed on a portable platform. As the police commissioner walked towards the level crossing, a few shots were heard. An officer had plunged into the crowd and had allegedly been knocked down, at which point the firing had begun. The commissioner later alleged that he had seen a few Sikhs firing, but Hugh Johnston writes that this view was not shared by some of his own officers. He writes: “Some of the shots came from the four police sergeants ... discharging their revolvers at such close quarters that one man... was hit six times.” As the passengers surged forward, the Calcutta and Punjab forces retaliated. The Royal Fusiliers entered the scene late, but had secured permission to fire. Most of the passengers now found shelter in a nearby ditch, or in the fields, and some even jumped into the river.1

The number of dead passengers was officially put at twenty, of whom eighteen died as a result of wounds suffered from service rifles, as recorded by the inquest report.2 The total number of dead was put between twenty-six and forty, but it was probably higher. Only sixty-two passengers were sent to Punjab, while 211 were arrested and twenty-eight others, including Gurdit, escaped.

The unsuccessful immigrants to Canada were forced to spend several months on the sea and then found that they did not enjoy freedom of movement even in their land of origin. Did this not anticipate what would be a familiar global scenario decades later? These people experienced a virtual fate of statelessness. They were not admitted to Canada and they were not allowed to move freely in India. They were the boat people, floating in the sea, for more than six months in search of land. When they found land, they also found bullets. 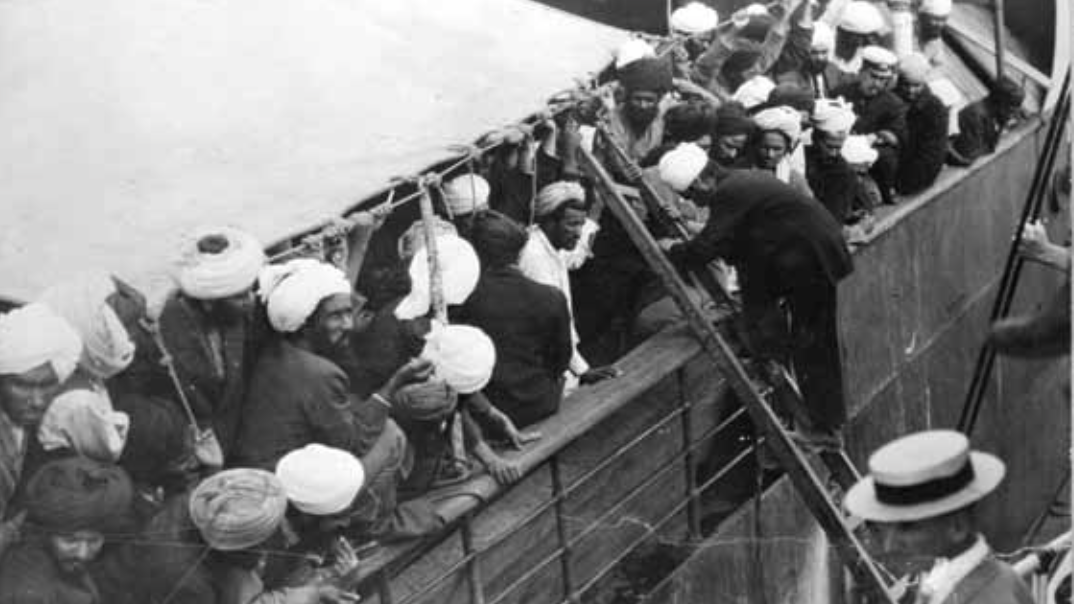 Migration from Punjab dates back to 1867, as part of which many Sikhs went to Hong Kong to join the police force there. The migration was the consequence of the subsistence crisis caused by the broad economic impact of colonial rule. The migrants were driven by hopes of improving their economic conditions, but they experienced only harassment. The Indians who arrived in Canada were discriminated against as there was a new feeling of anxiety within the British empire about such immigrants. There was a blatant display of racism as well. Records indicate a close relationship between these factors and the migration, the settlement, and the radicalization of Indians in North America.3 In response, U.S., Canadian, and British officials increased their surveillance of Indians.

The need to control the empire’s subjects and their movements was stressed by the imperial government. There was a dimension of racism linked to such policy. In 1914 the British Nationality and the Status of Aliens Act stipulated that aliens had no right to be admitted into the United Kingdom. That same year, another, the Foreigners’ Ordinance, and the Ingress into India Ordinance authorized the government of India to regulate the entry of foreigners into the country. The searching of ships became a routine affair. These acts are to be seen in the context of Gurdit’s argument that he claimed the right to free movement within the British empire for its citizens.

Benedict Anderson has suggested that the last two decades of the nineteenth century witnessed the onset of what he calls ‘early globalization,’ as seen in the nationalists’ struggle in Cuba and the Philippines against the remnants of the Spanish empire. Likewise, Indian expatriates were seeking to coordinate their efforts in Europe, America, and East and Southeast Asia with revolutionaries in India. The suspected link of the immigrants aboard the Komagata Maru with the Indian nationalist movement prompted the Canadian government to deny them permission to land.

The refusal of Canada to admit the immigrants, their agonizing wait at the harbor, the forced return journey, and the massacre of Budge Budge transformed the journey of the Komagata Maru into a historic one. It became a symbol of racist and imperial prejudice and of the resistance to them. The tangled tales of the frustrated immigrants, the diasporic discontents, and the political activism of exiled Indians look ahead to the world a hundred years later when immigrants continue to have similar experiences of being obliged to chart no man’s land. The epic journey of Komagata Maru may very well be seen as part of what Anderson calls “the infinitely complex inter-continental networks that characterize the age of Early Globalization.”4 This article has simply tried to connect some of these different aspects to try and understand the conjuncture that the incident represented in its broader world-historical perspective.