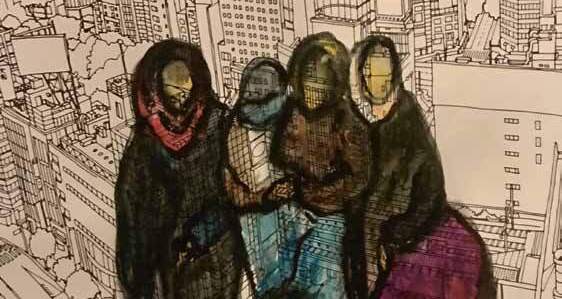 Legally a “stateless person” is one who is not considered as a national by any state under the operation of its law. But the discourse on statelessness needs to look beyond the legal aspect of citizenship to the socio-anthropological realm of membership and belonging.

In principle, the state has been the cornerstone of neoliberal politics, and the supremacy of such a sovereign authority is primarily established by the Westphalian order. This primacy and authority of the state is legitimated by social contract theory, though with considerable criticism when it comes to inclusivity with regard to the parties to the contract. In the post-Westphalian order, the complexities caused by the two world wars brought considerable changes in a largely Eurocentric discourse to the standing of the state in the international legal sphere. This initially discounted the parallel evolution of the state with respect to colonialism—the separate yet simultaneous existence of the imperial or colonial state brought about considerable recalibrations and interlinkages between state, subject, membership, and rights. As argued by Ranabir Samaddar, the intersection of neoliberal transformation, colonial relations, and post-colonial politics has accentuated the ways in which statelessness has caused the huge trans-border movement of populations in South Asia and other regions.

Adopting an interdisciplinary framework, one can theoretically examine the phenomenon of statelessness from legal, political, and socio-anthropological vantage points. From the perspective of legality, statelessness entails the interweaving of nationality and citizenship laws that distinguishes a citizen from a non-citizen. Hannah Arendt’s legalistic lens suggests that the state does not consider the stateless worthy to be subjected to any law of the land. Scholars like Brad K. Blitz see the “right to have rights” as a restrictive paradigm that presumes statelessness to be tethered to the reformation of laws on nationality rather than perceiving it as a structural concern. Paula Banerjee says that statelessness and citizenship are seen as a part of the same grid where the “other” of a citizen is not a refugee or an individual with dual or multiple citizenships but a stateless person.

It is imperative to go beyond the dualistic assumptions of citizen/ non-citizen to understand the constitution of everyday statelessness by the state itself in its myriad forms. The reductionism ignores the importance of the lived experience of statelessness of many who have the legal status of citizenship but struggle for equal status. This is explicit in the case of de facto statelessness or quasi statelessness. As seen in Caia Vlieks’s work, the different spatialities in which an individual experiences statelessness causes an “in-situ statelessness” within their own country, or an ex-situ situation when it accounts for the experience of those who migrated and became refugees.

When looking at statelessness, it becomes pertinent to distinguish between nationality and citizenship, as the lack of both was deemed to constitute statelessness for any individual at any given moment or in any space. For Mathew Gibney, nationality and citizenship can be differentiated with respect to the rights and obligations associated with each of these constructs. That is to say, the rights and obligations associated with nationality situate the membership of the individual in relation to other states in the global order, whereas the rights and obligations associated with citizenship anchors the membership of the individual within a particular state and among fellow citizens. Irrespective of whether nationality depicts an inter-membership status or citizenship an intra-membership status, what is pressing in this context is to understand statelessness as a situation of “rightlessness.” The artificial conflation of the constructs of state and nation to form the nation-state also created a conflation of identity-based membership in the nation and the rights emanating from the legal status of citizenship in the state. The international legal order has paid mere lip service towards this hyphenation, as seen in the UN General Assembly’s definition of statelessness as the condition of “anyone who is not considered as a national by any state.”

As much as citizenship is the reciprocal relationship between state and the individual, statelessness often shows the disruption and variation in this relationship brought about primarily by the state itself. Despite the progressive evolution of human rights, an individual can be “inadvertently or deliberately” rendered stateless by the state without his/her active or passive involvement and knowledge. When the state tries to align or realign itself with the lineaments of the nation with which it is conflated, the formal or legal membership of the state becomes inextricably entwined with the nation’s concept of membership.

Nasreen Chowdhory attributes such a notion of membership to a territorially determined understanding of statist belonging. Such normative concerns arising from the state’s “withdrawal” of citizenship should be considered as “denationalization” done to safeguard the vested and “vital interests of the state.” In doing so, nationality and citizenship become primary instruments in the hands of the state to deny rights and render people stateless, based on a logic of politics of belonging that intends to withhold claims to belong. Nergis Canefe asserts that the current statelessness paradigm in international law and in forced migration studies is ahistorical: it overlooks a long tradition of the cleansing impulse in order to create national citizenry more befitting a dominant political and economic project of governance and sovereignty.

Statelessness emerges as an altered form of individual-state relationship in this pyramid, where those at the bottom try to attain higher levels through their claim to belonging and consequently to membership. In acknowledging the political and anthropological existence of individuals who are concurrently members of not just of the state but also of communities, societies, and nations, a persistent tension emerges between the state and the individual. This is a tension of belonging— between the territorial way the state envisions belonging and the multiple, overlapping notions of belonging experienced by the individual that remain unaddressed, resulting in the statelessness of masses. This sense of dispossession of the right to belong intends to make the larger community rightless, leading to accentuated statelessness.

Shamna Thacham Poyil is a doctoral candidate in the Department of Political Science, University of Delhi, India.

Nasreen Chowdhory is associate professor in the Department of Political Science, University of Delhi, India.