Europe’s Biggest Test as a Peace Project Yet 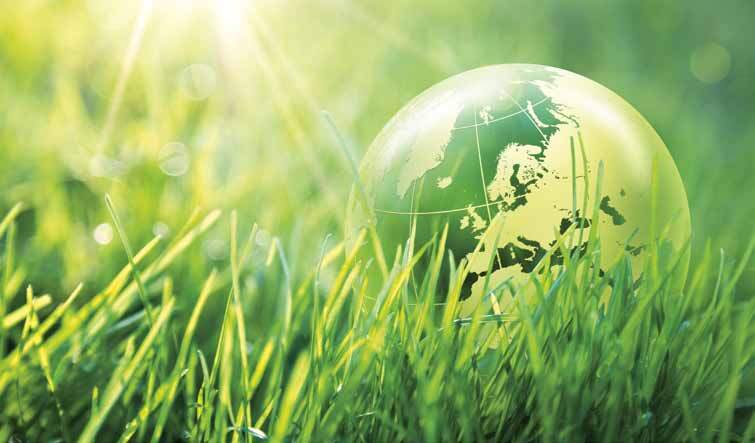 In the land of the blind, the one-eyed rules. And so it goes for the European Union in the race to net zero. In spite of relative progress, it remains shortsighted in its understanding of the climate crisis as the fundamental game changer for global security and for the European project itself.

Days before the start of the COP26 in Glasgow, Patricia Espinosa, the executive secretary of the United Nations Framework Convention for Climate Change, issued a very clear warning: lest countries limit global warming to a maximum of 1.5°Celsius, the world will be faced with global chaos and conflict. Her statement was issued against the backdrop of the latest report of the Intergovernmental Panel on Climate Change, whose modeling projections have shown that a 1.5°C temperature increase compared to pre-industrial levels will already take the world into uncharted territory, with compound shocks and disasters.

Since the European Commission headed by Ursula von der Leyen came into office in 2019, the EU has managed to pass a climate law, making its transition binding and effective at the latest in 2050. The Fit for 55 package takes the union beyond the level of simple pledges into actual planning of the energy transition for the 2030 horizon. The EU is also working on improving its emission trading system and proposing a carbon border adjustment mechanism to leverage its common market potential for incentivizing transitions abroad. In addition, the European Commission is bound to commit at least 30 percent of its multi-annual financial framework to climate measures. This list of achievements is incomplete, and yet it is exponentially more than most other countries or geopolitical blocs can demonstrate.

For all of its efforts, though, the EU is still not facing the climate crisis with an adequate set of analytical frameworks and tools, which is worrying not only for the future of the planet but also for its own future. The EU has designed its transition on two strategic legs. One is green, the other is digital. The Green Deal is meant to ensure that the EU can walk into the next industrial revolution while being clean and climate-friendly. But one critical lacuna is that it was designed mostly with national and regional priorities in mind, while leaving the foreign policy aspect to the implementation phase. The problem is that when the foreign implications of European transitions are taken into account, they potentially question the very foundations of the Green Deal.

Why? Both the green and the digital priorities require new types of dependencies on critical materials for which Europe is resource-poor. For decades, China has provided Europe and the rest of the world with some of these materials. It is endowed with about 80 percent of known resources, such as rare earths, for materials that are essential for the construction of wind turbines, electric vehicles, drones, microchips, and other technologies. China knows that this comparative advantage makes it a central actor of the green transition. Over the last few decades, it has worked on building a vertically integrated supply and value chain as the core component of its economic growth. This planning capacity has produced wonders for China, taking it to the position of economic and geo-strategic strength it finds itself in today. Europe has finally woken up to the strategic implications of its dependency on China. In September 2020, the European Commission’s Joint Research Center issued a foresight study regarding the critical materials necessary to the EU’s transitions. It highlighted the inherent risks of being so dependent on a systemic rival like China, which is known by now for blackmailing countries voicing concerns over its human rights abuses with disruption of critical supply chains. This has led the EU to assess how to lessen its dependency on China to run ahead towards its own transition objectives.

Europe holds some resources but they are not abundant enough to meet the full demand for green and digital priorities. In addition, environmental activists are keen on protecting European ecosystems from heavily polluting mining ventures. So European actors have to look to other horizons to quench their demand. Where should they look? The deep seas are replete with little nodules that compound together a number of critical materials. But some marine biodiversity actors have called for a moratorium on all mining activities in the seas so as to avoid further biodiversity loss and ocean damage. In terrestrial ecosystems, Europe will have to turn to places such as the Congo Basin, the Amazon, and the wet forests of Indonesia, Myanmar, and Southern Africa. Questions about how go about extracting for decarbonization remain open. What is clear though is that a decoupling of economic growth from greenhouse gas emissions entails a recoupling with environmental extraction. In other words, the green transition will necessitate plundering the underground of the vital natural ecosystems that still help humanity to regulate the global climate regime.

In sum, because climate transition plans have mostly focused on carbon dioxide emissions, they are pitting the climate against the environment, biodiversity, and ecological integrity. Laying hands on these ecosystems will not just lead to the release of more carbon dioxide into the atmosphere, but also to the release of water as a greenhouse gas (which magnifies the effects of carbon dioxide) and to disruptions of atmospheric rivers that naturally distribute water in and between different regions and continents. In other words, by charging ahead with a transition plan that couples green and digital, and which opens the door to geopolitical competition over new economic types of economic growth and access to raw materials, Europe may create more climate disruptions than it solves and generate water scarcity around the globe.

The fundamental logical lacuna of green and digital transitions points to three critical issues for the transition and for the European Union. One is that the cooperation framework around the climate crisis is flawed. The point of collective transitions should not just be to substitute energy systems to power industrial and economic growth that overshoot planetary boundaries. The objective should be to rebuild ecological integrity as the basis for global security and economic systems. Planetary boundaries and a full spectrum of ecological measures should guide transitions. Discussions about how to distribute rights to emit carbon dioxide and to pollute are fallacious and dangerous. It is not only making humanity lose time in the absolute necessity to decarbonize, but also on the path towards truly regenerative solutions.

Second, the transition must be collective and global. Fragile, conflict-affected, and climate-vulnerable countries stand at the center of the transition because they are some of the most resource-endowed for it. Yet, they are dangerously weak in the face of an international competition that may disregard ecological integrity in the race towards technological revolutions and climate leadership. If these countries are supported technically and politically, they may well help to de-escalate geopolitical tensions in the transition and to regulate how economic competition can be assuaged to meet ecological priorities. The EU must partner effectively with these countries since its future depends partially on them.

Finally, the EU remains the most sophisticated peace project in human history. But if it fails to adopt an institutional and strategic planning capacity that is able to reconcile short-term and long-term objectives, as well as to understand the hidden costs and potential shocks of the biggest energy and economic transition in human history, it will succumb to its own incoherence. The EU’s history is based on weaving economic interdependencies to generate peace and common interests. Europe’s future will depend on its ability to reconcile and amplify economic and ecological interdependencies. While it may not be apparent for now since climate considerations are still secondary to decision-making, this is actually how Europe could lay a claim to becoming a truly geopolitical and visionary force.