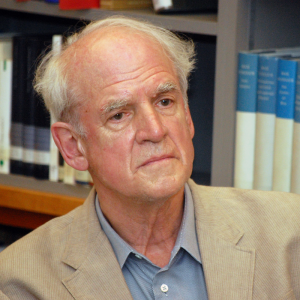 He succeeded John Plamenatz as Chichele Professor of Social and Political Theory at the University of Oxford and became a Fellow of All Souls College. For many years he was Professor of Political Science and Philosophy at McGill University in Montreal, Canada, where he is now Professor Emeritus. Beyond that, he was a Visiting Professor at the Universities of Oxford, Princeton, Berkeley, Frankfurt a. M., and at the Hebrew University in Jerusalem. Amongst other awards and honorary degrees, he received the 2007 Templeton Prize and the 2008 Kyoto Prize, one of the world’s leading awards for lifetime achievements in the social sciences and humanities. In 2015, Charles Taylor has been awarded the prestigious $1.5 million John W. Kluge Prize for Achievement in the Study of Humanity granted by the Library of Congress.

Reconstructing Democracy: How Citizens are Building from the Ground Up. Cambridge, MA: Harvard University Press, 2020 (with Madeline Beaubein Taylor and Patrizia Nanz).

"Resonance and the Romantic Era: A Comment on Rosa’s Conception of the Good Life." In The Good Life Beyond Growth, edited by Hartmut Rosa and Christoph Henning. London: Routledge, 2017.

The goal of this research focus is to explore the ways in which globalization impacts the relationship between religion and secularism, thus intertwining the perspectives of different cultures, religions and theoretical backgrounds. The research is structured around five main topics: first, an examination of contemporary forms of belief and, second, of forms of disbelief; third, a study of different secular regimes; fourth, religion’s potential to mobilize people to violence, and, finally, the role of religion in creating social cohesion across gaps of income, ethnicity and nationality.