Holly Case: The Age of Questions 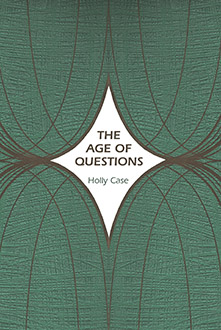 We continue the presentation of books written by IWM Fellows during their stay at the Institute with Holly Case’s The Age of Questions. The author is Professor of History at Brown University and recurrent IWM Visiting Fellow. Largely written at the IWM The Age of Questions was published by Princeton University Press in July 2018 and received the 2018 Hont Prize for Best Book in Intellectual History.

A Commentary by Matyáš Křížkovský

I first read The Age of Questions last summer in the Georgian mountains. Just as Holly Case is an entertaining companion in almost any discussion, so her book sustained my interest even on cold nights when hailstones were threatening to destroy my tent. Similarly, just as Holly can jump quickly from ‘small talk’ into the deepest of topics, so her book demands full concentration if one is to be able at least partly to follow its complex links and deep structures of interpretation that connect the arguments contained in its individual chapters. I am therefore already looking forward to the third reading of it.

Although ‘the age of questions’ might seem to refer to the essence of political questioning during the long nineteenth century, Case’s argument is more complex. There is indeed a strong claim about the sort of essence of the age. It was a period in which many questions of great political importance (the Eastern question, the social question, the woman question, the Jewish question and many others) proliferated, became internationalized and interconnected, so that a feeling emerged that everything had to be fixed at once or not at all. Either way, some kind of universalized violence was expected. The Great War appeared as a quite acceptable solution.

But beyond this claim, the book points to the impossibility of finding any essence in the history of ideas. This explicit attempt to avoid essentialisation does not weaken the argument about the specific characteristics of ‘the age of questions’. On the contrary, it gives the argument greater plasticity. In this sense, its methodology alone makes the book an outstanding example of honest intellectual engagement. It is a great historical interpretation of political thought, which describes in detail specific ideas, but at the same time, through focusing on big overarching questions, situates particular concepts within broader patterns of thought. Each chapter explores the ‘age of questions’ from very different if not contradictory angles, with the six parallel narratives, finally coming together in the final chapter. Overall, the book offers a glimpse of what the big picture of the long nineteenth century could be, without forcing it into a single grand narrative.

This glimpse, however, is also somehow frustrating. If Case is capable of holding together so many different questions, why does she offer almost no consideration of what they can teach us today? In other words, what patterns of questioning employed in the nineteenth century should be rather avoided today or, following the positive and straightforward manner of the classics, ‘what is to be done?’ I recall one conversation where she was drawing a powerful parallel between the fatalistic character of questioning in the long nineteenth century and the catastrophist framing of ecological and climate crisis in the present day (the framing which I was sort of praising at that time). As has been pointed out by many intellectuals, we are dealing with multiple interconnected crises that must be solved altogether. If they are not, we will face catastrophe in the Global South and social collapse in the Global North.

Indeed, many of the solutions proposed to the crises of today are characterized by similar dynamics and patterns as those articulated in ‘the age of questions’. For example, the progressive Left has been for a long time been concerned with interconnecting different struggles (social, women, LGBTQ+, migration, ecology) in a ‘chain of equivalences’ (following the terminology of Chantal Mouffe and Ernesto Laclau). The label that unifies different struggles is often ecology, which connects various emancipatory struggles in a manner similar to that described in the second chapter of the book (‘The Progressive Argument’). Moreover, many radical ecologists are now making the link between solution and survival, while pointing out that for the best imaginable solution is too late anyway. Like ‘The Argument about Force’ described in the third chapter, they imply that some sort of suffering and violence is inevitable.

According to Case, this kind of fatalistic thinking creates a background similar to the general mood before the Great War. One could push parallel even further by drawing on Wallerstein’s thesis about periodic struggles over hegemony in the capitalist world-system. These, he argued, lead to the exhaustion of the hegemon and to a Thirty Years' War over a new hegemonic power. This was the case in 1618–48 (followed by Dutch hegemony), in 1792–1815 (followed by British hegemony, according to Case the birthplace of ‘the age of questions’), and in 1914–45 (the end of ‘the age of questions’ and, according to Wallerstein, an uninterrupted thirty years war between the United States and Germany for world-system hegemony). From a world-systems perspective, the hegemony of the USA – which had begun to decline in the 1970s, but received a boost with the dissolution of the Soviet Union in 1991 – is being conspicuously exhausted at the beginning of the twenty-first century.

However, my unease with this parallel stems from a distinction I would make between ‘the age of questions’ and ‘the age of crises’. Case’s argument that the ‘solutions’ to the eastern, social, woman, or Jewish questions were almost fully dependent on social dynamics, and that a specific mode of questioning made the Great War a sort of 'self-fulfilling prophecy', is certainly persuasive. But in the case of the contemporary climate and ecological crisis, the dynamics that characterize our perception of reality seem to be less powerful. After all, ecosystems are to a great extent independent of discourses in the social world.

What if, paradoxically, searching for strategical solutions to fundamental, universal, and composite questions/crises (or making suffering thinkable again) is more necessary than ever? If the material reality of climate and ecological changes is already hitting us anyway, is it not better to get properly prepared in order to avoid even worse forms of violence and fascism(s) than those which took place in 1914–1945? Or, to put it cynically: is it not time to make the best of the ongoing crises, rather than trying to ‘unthink’ them?

One way or another, The Age of Questions is a fascinating intellectual journey. I am personally grateful for the lessons I have learned from it. Not only because the book has given me a better understanding of a particular historical period, but also because it shows how research can be both academically innovative and politically important for the present moment without sliding to holier-than-thou didacticism. It invites readers to think differently about the history of the contemporary state of things. To recall Walter Benjamin in On the Concept of History, Holly Case enables us to see history not as a ‘homogenous and empty time’, but as a time fulfilled by the ‘here-and-now’.

Matyáš Křížkovský is a PhD candidate in Political Theory, Charles University, Prague. He was a Jan Patočka Junior Visiting Fellow 2020.

Holy Case: The Problem with Questions. How the questions asked betray the anxieties of the times, Lapham’s Quarterly, Roundtable, July 2018.

The Page 99 Test: Holly Case’s The Age of Questions

The Age of Questions: An Interview with Holly Case, Toynbee Prize Foundation, January 30, 2019.

In Theory: Holly Case and the Age of Questions podcast of the Journal of the History of Ideas, Blog (Sept. 23, 2019).

Jonathan Sperber: The Question Question.  A History of a search for answers, The Times Literary Supplement, February 8, 2019. 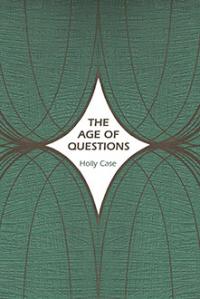 In the early nineteenth century, a new age began: the age of questions. In the Eastern and Belgian questions, as much as in the slavery, worker, social, woman, and Jewish questions, contemporaries saw not interrogatives to be answered but problems to be solved. Alexis de Tocqueville, Victor Hugo, Karl Marx, Frederick Douglass, Fyodor Dostoevsky, Rosa Luxemburg, and Adolf Hitler were among the many who put their pens to the task. The Age of Questions asks how the question form arose, what trajectory it followed, and why it provoked such feverish excitement for over a century. Was there a family resemblance between questions? Have they disappeared, or are they on the rise again in our time?

In this pioneering book, Holly Case undertakes a stunningly original analysis, presenting, chapter by chapter, seven distinct arguments and frameworks for understanding the age. She considers whether it was marked by a progressive quest for emancipation (of women, slaves, Jews, laborers, and others); a steady, inexorable march toward genocide and the “Final Solution”; or a movement toward federation and the dissolution of boundaries. Or was it simply a farce, a false frenzy dreamed up by publicists eager to sell subscriptions? As the arguments clash, patterns emerge and sharpen until the age reveals its full and peculiar nature.

Turning convention on its head with meticulous and astonishingly broad scholarship, The Age of Questions illuminates how patterns of thinking move history. Holly Case
Holly Case is Professor of History at Brown University. Her research interests focus on 19th and 20th century Europe and cover inter alia questions of territorial revision and treatment of minorities, WWII, the history of European renewal and federative schemes, and the relationship between social policy, culture, and foreign relations.
Read more