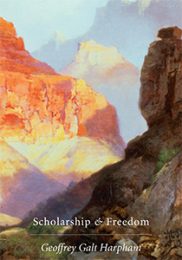 From February to March 2019, Geoffrey Galt Harpham was a Visiting Fellow at the IWM. During his stay at the Institute he undertook an inquiry into the connection between the concepts of freedom and the practice of scholarship. He developed his general arguments about scholarship through detailed studies of three scholars: W. E. B. Du Bois, Bernard Lategan, and Linda Nochlin. His book Scholarship and Freedom was published by Harvard University Press in August 2020.

I met Geoffrey Galt Harpham on my first day as a Józef Tischner Fellow at the Institut für die Wissenschaften vom Menschen. I happened to sit next to him at lunch, in the IWM cafeteria where, as rumors had it and I got to experience, food for the mind as well as the palate gets served. I had no idea back then who Geoffrey was: an acclaimed scholar in the humanities, and a long-time president of one of the most renowned research institutes in the US. Nor did it seem to matter. What mattered – as it turned out, greatly – was what Geoffrey was after. So much so that, before I had a chance to tackle my soup, we were engrossed in an impassioned conversation about his current book project and its central concern: the end of scholarship.

Geoffrey Harpham’s Scholarship and Freedom, now published in an elegant volume from Harvard University Press, is not a history of scholarship. Nor is it, in any obvious way, an autobiographical rumination on the pursuit, to which the author himself has dedicated his whole life. Rather, it is a study of scholarship’s aims and aspirations, hopes and fears, promises and dangers, conducted through the edifying stories, beautifully told, of three remarkable twentieth century examples drawn from different continents and disciplines. A paean to the “great mission” of scholarship, the book is also a probing scrutiny and an urgent call for introspection.

Scholarship at its best, Harpham argues, is an exalted quest for freedom: the freedom to seek new truths and recall to life old ones; a freedom from the apparent necessity and implacable determinations of the present moment. Scholarship is a quest to see ourselves and the world differently, and through that different vision, to refashion our self-understanding and bring about change. Yet scholarship is also a conundrum, a problem the book vividly illustrates. The scholarly endeavor depends on a regime of freedom. It relies on a constitutional order based on truths we hold to be self-evident and, in that sense, unquestionable; an order, however, that scholarship’s own truth-seeking practices may end up undermining. Scholarship, in other words, stands in a complex relationship to the outside world – a relationship scholars must reflect on and seek to understand if they are to be equal to their task, and if their enthralling and consuming work is to have the emancipatory impact they would hope for.

After that heady lunch at the IWM’s mensa, Geoffrey and I continued the conversation – “with a certain relentlessness” as he put it – on several occasions and in different contexts. These included the IWM’s Fellow Colloquium where Geoffrey presented the main claims of his book; and the Faculty Workshop at Bard College Berlin where we discussed, half a year later, its account of W.E.D. DuBois, who himself studied in Berlin in the 1890s. The conversation below, which took place via email after the book’s publication, is a recapitulation and capstone to these exchanges.

Geoffrey, the title of your new book announces two subjects in a relation. How would you define scholarship? What is freedom? And how do scholarly practices illuminate or complicate the meaning of freedom?

Hi, Ewa.  These are all big questions, but I’ll try to be concise.  Scholarship, as I define it, is an argument about human activity based on a critical examination of evidence.  Every part of this definition is important.  It’s an argument, which means that an interpretation is being proposed.  Scholarly discourse is not just statistical; it always leaves room for a counter-argument.  That interpretation is based on something–the “evidence,” some trace left by past activity–that can be examined by someone else in order to test the argument.  And the evidence is subjected to a critical examination, which means it is treated with a measure of skepticism; it is not simply accepted as the truth of anything except, perhaps, its own existence, and even then there is an opening for questioning how and why it came to be.  …

[Read the interview in full length]

Ewa Atanassow is Junior Professor of Political Thought, Bard College Berlin. From February to July 2019 she was a Józef Tischner Visiting Fellow at IWM. 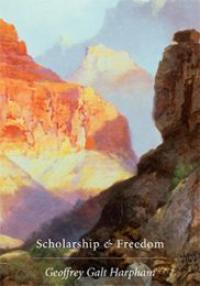 Why are scholars and scholarship invariably distrusted and attacked by authoritarian regimes? In his latest book Scholarship and Freedom, Geoffrey Galt Harpham argues that at its core, scholarship is informed by an emancipatory agenda based on a permanent openness to the new, an unlimited responsiveness to evidence, and a commitment to conversion. At the same time, however, scholarship involves its own forms of authority. As a worldly practice, it is a struggle for dominance without end as scholars try to disprove the claims of others, establish new versions of the truth, and seek disciples.

Scholarship and Freedom threads its general arguments through examinations of the careers of three scholars: W. E. B. Du Bois, who serves as an example of scholarly character formation; South African Bernard Lategan, whose New Testament studies became entangled on both sides of his country’s battles over apartheid; and Linda Nochlin, whose essay “Why Have There Been No Great Women Artists?” virtually created the field of feminist art history. 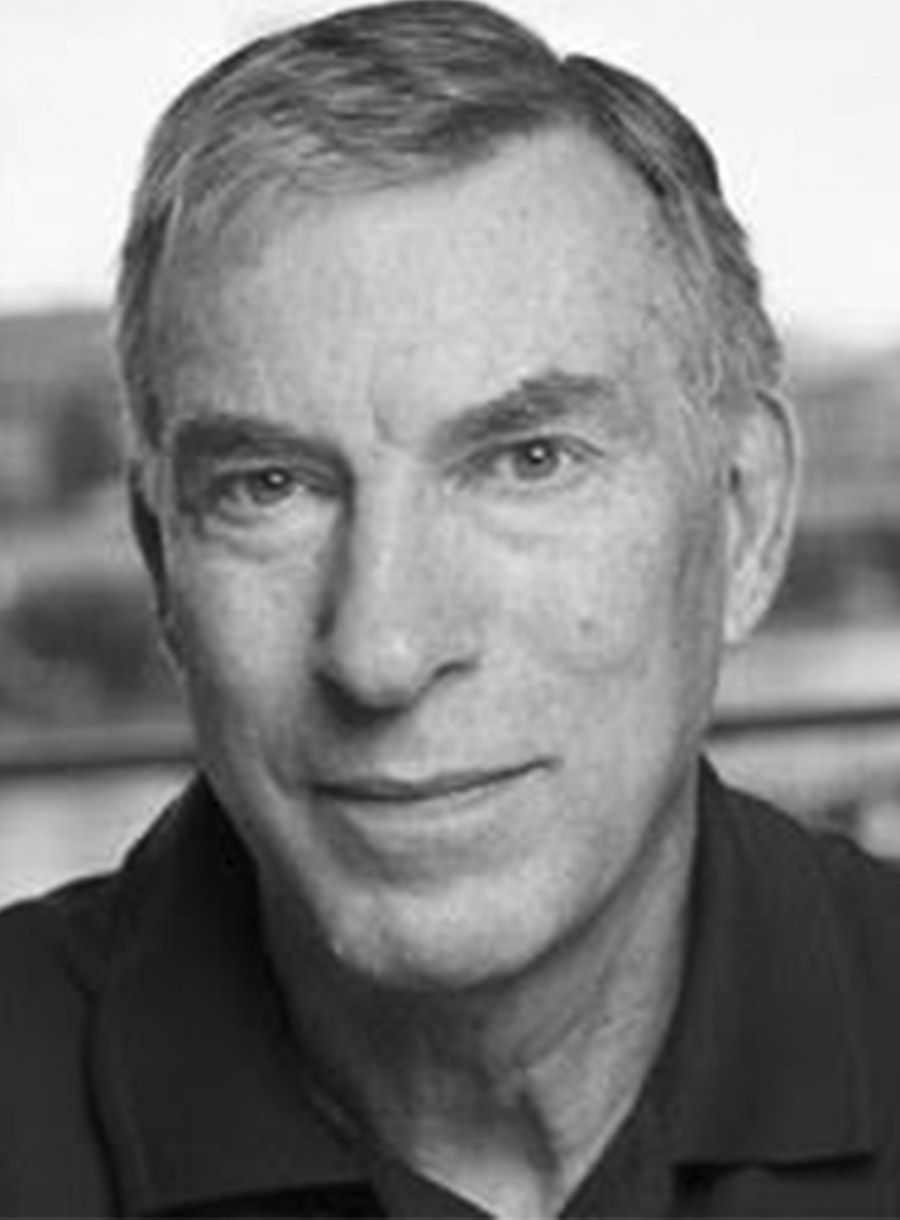 Geoffrey Harpham
Geoffrey Galt Harpham was trained as a literary scholar. He served as professor of English at Tulane University, New Orleans, and president and director of the National Humanities Center, based in Research Triangle Park, North Carolina, from 2003-2015. In 2015 he became Senior Fellow in the Kenan Institute for Ethics at Duke University. Harpham’s longstanding scholarly interests include the role…
Read more