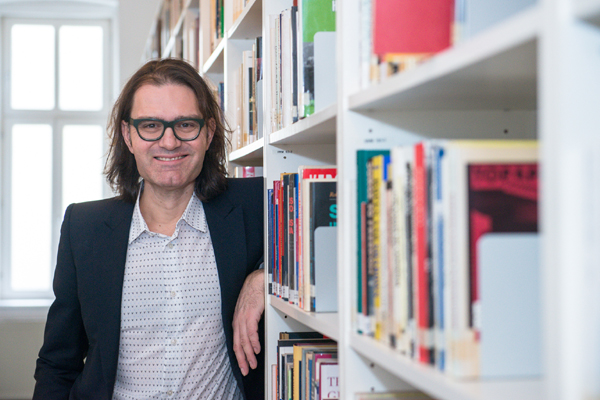 Miloš Vec (1966, Frankfurt) is Professor of European Legal and Constitutional History at Vienna University and until December 2020 was a Permanent Fellow at the IWM.

He received his Habilitation in Legal History, Philosophy of Law, Theory of Law, and Civil Law in 2005 from the Johann-Wolfgang Goethe University Frankfurt am Main. Until 2012 he worked at the Max-Planck-Institute for European Legal History in Frankfurt and taught at the Law Faculty there. He has also taught at the Universities of Bonn, Hamburg, Konstanz, Lyon, Tübingen, and Vilnius. His awards include: German National Academic Foundation (Studienstiftung des Deutschen Volkes), 1989–1991; Otto Hahn Medal of Max-Planck-Society, 1997; Appointment as founding member of The Young Academy at the Berlin-Brandenburg Academy of Sciences and Humanities and the German Academy of Natural Scientists Leopoldina, 2000, Walter Kalkhof-Rose Memorial Award of the Academy of Sciences and Literature, Mainz, 2006; Academy Award of the Berlin-Brandenburg Academy of Sciences and Humanities, 2008; Fellow to the Wissenschaftskolleg (Institute for Advanced Study, WiKo), Berlin, in the academic year 2011/2012; UNIVIE Teaching Award 2015 of Vienna University.

Miloš Vec has been an associate member of the Cluster of Excellence “The Formation of Normative Orders” at Frankfurt University since 2013. His main research interests are the history of international law and multinormativity. Since 1989, Miloš Vec has also contributed to various publications as a free-lance journalist, particularly for the Frankfurter Allgemeine Zeitung.