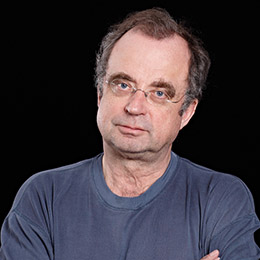 Michalski graduated in 1974 with a dissertation on Heidegger (Heidegger i Filozofia Współczesna, Warszawa 1978) and taught philosophy at the University of Warsaw. He was a Humboldt Fellow in Germany in 1977-1978. During his stay, he joined an international team working on “Logic and Time” at the Protestant Institute for Interdisciplinary Research in Heidelberg. 1981-1982 he co-chaired (with Hans-Georg Gadamer and Gottfried Boehm) post-graduate courses at the Interuniversity Centre in Dubrovnik on “Hermeneutics and the Arts” and was a Thyssen Fellow at the University of Heidelberg. He was a Visiting Fellow of the Churchill College at Cambridge University (1982-83) and a Visiting Professor of Philosophy at the University of Vienna (1984-85). In 1982, he assumed the position as Rector of the Institut für die Wissenschaften vom Menschen (IWM) in Vienna. He was habilitated in Philosophy at the University of Warsaw in 1986 with a habilitation on phenomenology (Logika i czas. Próba analizy Husserlowskiej teorii sensu, Warsaw 1988; English translation: Logic and Time. An Essay on Husserl’s Theory of Meaning, Dordrecht, 1996). In the same year he was appointed Visiting Professor and in 1990 Professor of Philosophy at Boston University. In 1995 he was elected Chairman of the Supervisory Board of the Institute for Public Affairs (Instytut Spraw Publicznych) in Warsaw. Since 1990, he has co-chaired (with Michael Sandel, Edward Shils, Charles Taylor and others) seminars at IWM’s annual Cortona Summer School on Philosophy and Politics. Furthermore, he was the editor of the bi-annual journal Transit. Europäische Revue published by Verlag Neue Kritik, Frankfurt/Main, and of the series “Castelgandolfo-Gespräche” published by Klett-Cotta in Stuttgart. Among his numerous awards and honours, he received the 39th Theodor-Heuss-Prize and was decorated with the Officer´s Cross of the Order of Merit of the Republic of Poland as well as with the Officer’s Cross of L’Ordre National du Mérite of the Republic of France. In February 2013, Michalski died aged 64 in Vienna.

The Flame of Eternity: An Interpretation of Nietzsche’s Thought, Princeton University Press, 2012