The Precarious Lives of Syrians: Temporary Protection and the Turkey/EU Deal

Turkey currently hosts over four million Syrian refugees who have no prospects of gaining long-term legal status. Their precarious lives are further complicated with the EU’s ongoing collaboration with Turkey to prevent them from claiming refugee status in the EU member states. The EU’s externalization efforts through its cooperation with Turkey further contribute to the precarious lives of Syrians and enable European states to ignore their international obligation to protect Syrians. In his talk, Baban discussed elements of “architecture of precarity,” which defines the living conditions of Syrians and their legal prospects for status as a series of structurally conditioned obstacles. Domestic and international, these obstacles are designed to prevent Syrian refugees from claiming legal protection and attaining long-term legal status, including citizenship. While this “architecture of precarity” is most visible in Turkey’s treatment of Syrians, its legal elements such as externalization and ambiguous legal status are increasingly used by many states worldwide to circumvent the international legal framework of refugee protection. 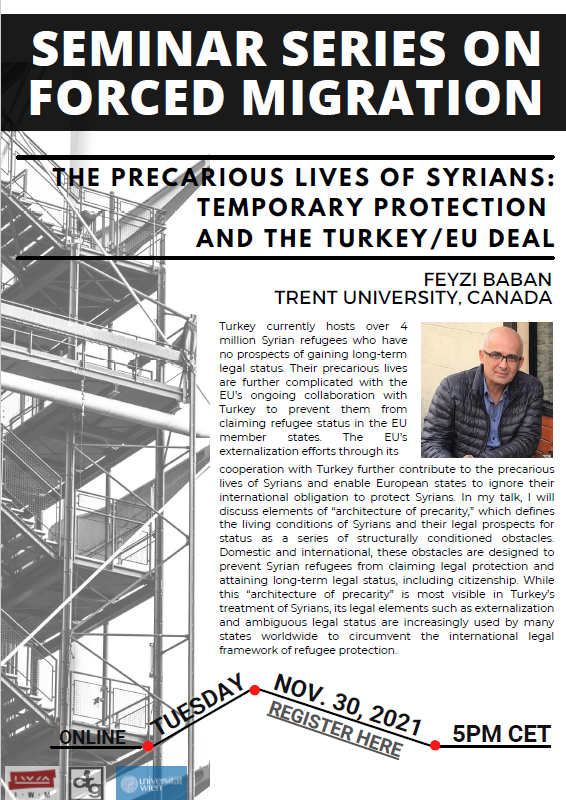