The Conundrum of Trafficking and Statelessness in West Bengal

Statelessness is a problem that has been plaguing states, human rights activists, the UNHCR and other international organizations and the vulnerable and displaced population groups of the world. Statelessness does not respect borders; it robs the stateless of their rights and dignity, rights over their bodies and dignity of life. It deprives them of the ability to protest rampant exploitations. It also robs the states of its human face. Stateless men, women and children become insecure because they can be displaced any time that the state or the majority community so desires. Even states are unable to fathom what to do with stateless people, where to return them if need be. The Rohingya women in Bengal jails are a case in point.

Paula Banerjee’s talk will be based on long term interactions associated with people who were trafficked into the city of Kolkata, reports on trafficking, data culled from first person interviews and interactions with human rights groups, security personnel and people who deal with such population groups. The talk will address the following:
1. The correlation between trafficking and statelessness.
2. Legal provisions on trafficking in South Asia.
3. How a city’s eco system is shaped by trafficked population groups.
4. The gender dimensions of trafficking.
Many examples will be from within South Asia. When other regions are mentioned, it will be to corroborate the data collected from South Asia.

The speaker is Paula Banerjee of the University of Calcutta and the Mahanirban Calcutta Research Group. 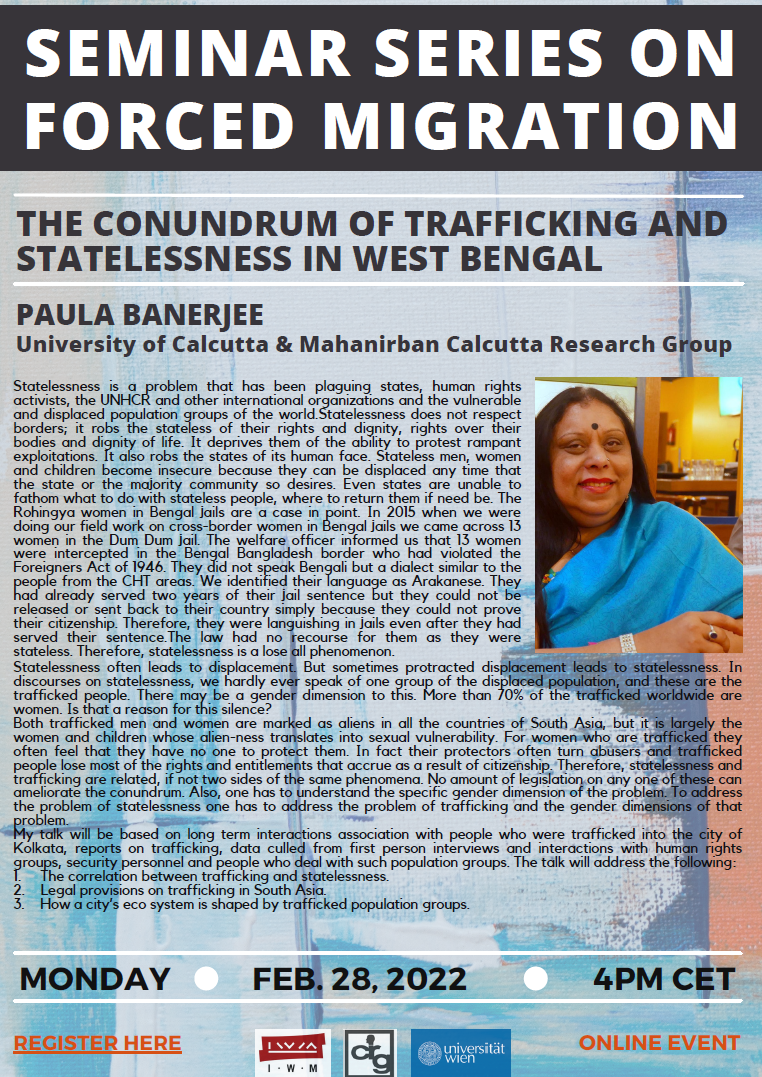