As the principal city of a border region long imagined as straddling Europe’s East-West divide, Trieste became a critical hub in the post-1945 landscape of European refugee relief. Under Anglo-American Allied Military Government until 1954 as a result of the protracted territorial dispute between Italy and Yugoslavia, the city remained an important transit point for persons displaced out of the newly established socialist states of Central and Eastern Europe well into the 1960s. It also housed a large population of so-called “hard to settle” refugees, particularly tuberculosis sufferers. As the paper accompanying this event details, Trieste’s emergence as a center for displaced persons reflected the paradoxes of sovereignty embodied by the city itself. The Free Territory of Trieste set out in the 1947 Peace Treaty with Italy was envisioned as an extraterritorial solution to a city and region suffering from a surfeit of territorial claims and territorialized identities; this city in search of a state thus became temporary refuge to many individuals in search of new homes. Metaphorically, then, Trieste mirrored the condition of its “hard to settle” refugees. Practically, Trieste’s interstitial (and, until 1954, indeterminate) status complicated the task of finding durable solutions for these refugees. Drawing upon the International Committee of the Red Cross archive and UN materials, this talk examined efforts to assist Trieste’s hard core refugees and the jurisdictional and political challenges faced by personnel from various international organizations who mobilized in a crowded humanitarian terrain. This history offers important lessons for rethinking narratives about refugees in the present moment. 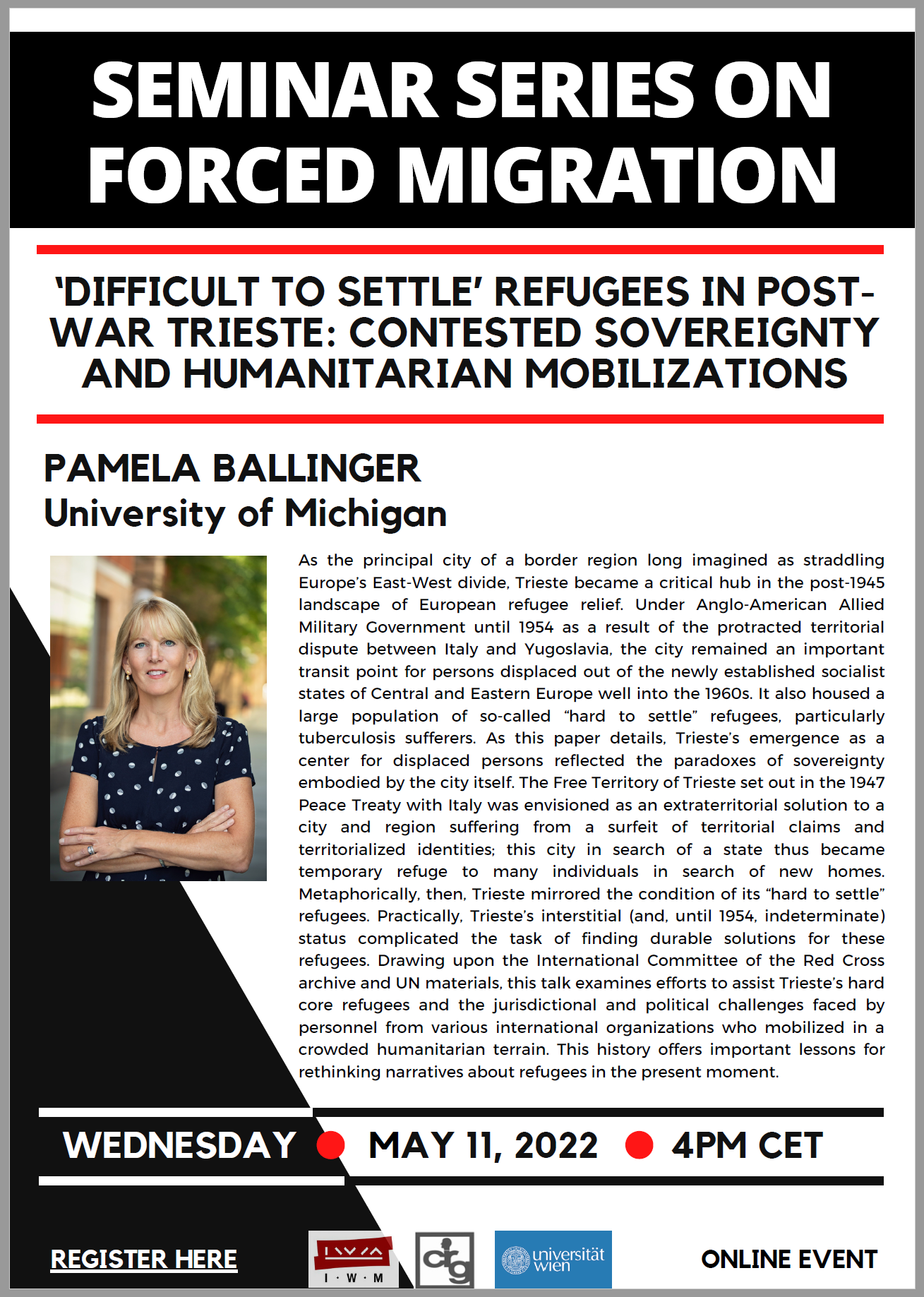