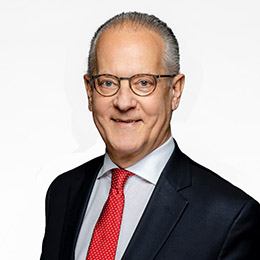 Before joining the IWM as a Permanent Fellow in 2017, Ivan Vejvoda was Senior Vice President for Programs at the German Marshall Fund (GMF) of the United States. From 2003 until 2010, he served as Executive Director of GMF’s Balkan Trust for Democracy, a project dedicated to strengthening democratic institutions in South-Eastern Europe. Vejvoda came to GMF in 2003 after distinguished service in the Serbian government as a senior advisor on foreign policy and European integration to Prime Ministers Zoran Djindjic and Zoran Zivkovic. Prior to that, he served as Executive Director of the Belgrade-based Fund for an Open Society from 1998 to 2002.

During the mid-1990s, Vejvoda held various academic posts in the United States and the U.K., including at Smith College in Massachusetts and Macalester College in Minnesota, and the University of Sussex in England.

Vejvoda was a key figure in the democratic opposition movement in Yugoslavia during the 1990s, and has published widely on the subjects of democratic transition, totalitarianism, and post-war reconstruction in the Balkans.

Vejvoda has been awarded the French National Order of Merit in the rank of Officer and the Order of the Italian Star of Solidarity, second rank (Commendatore). He holds a diploma from the Institut d’Etudes Politiques de Paris and completed postgraduate studies in philosophy at Belgrade University.

Europe finds itself confronted with challenges of a magnitude it has not experienced since the crises of the 1930s. It is of the essence to create a space to understand the current dynamics and to bring people from the different corners of Europe to speak and listen to each other on the enumerated challenges. Beyond reacquiring a sense of certainty it is imperative to open the path to a future, to solutions that can make these societies prosperous again. Keen to explore some of those paths, in 2018 IWM and ERSTE Foundation (Vienna) entered a partnership to create the Europe’s Futures – Ideas for Action project as a novel resource at the intersection of academia, civil society and politics. IWM Permanent Fellow Ivan Vejvoda directs the Europe’s Futures – Ideas for Action project and its program of in-depth research leading to policy proposals, publications or direct action on topics of interest.