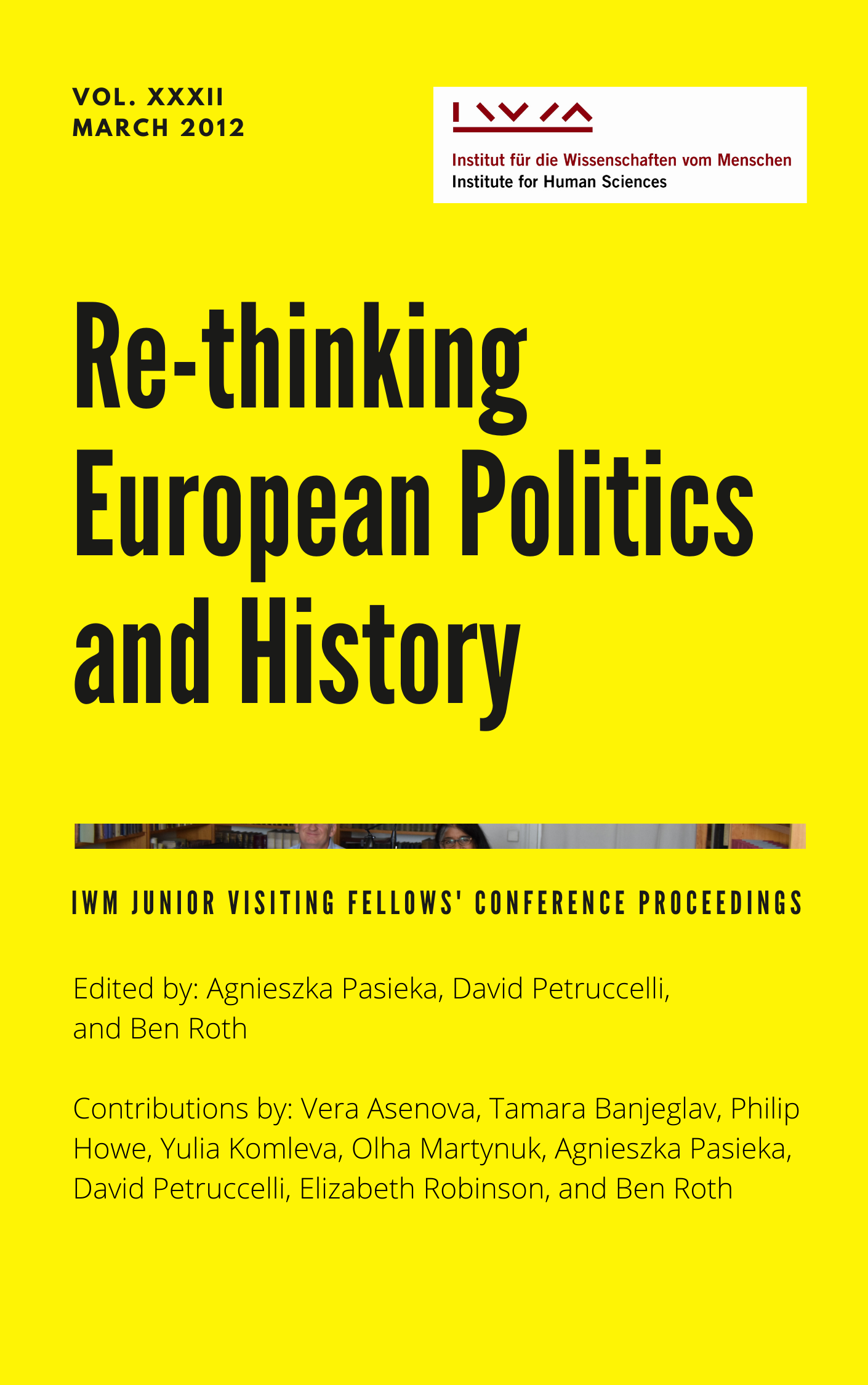 A likely reaction to the title of this collection of essays might be an exasperated: ‘Again?’. Recent decades have seen perhaps unprecedented interest in issues of European politics and history, resulting from a variety of socio-political processes: the end of the Cold War and the 1989 transformation, the dissolution of the Soviet Union and the enlargement of the European Union, recent economic crises and rise of populist movement across Europe, new migrations and new (or revived) ethnic conflicts, just to name a few. This interest has been reflected not only in the topics of scholarly conferences and publications, but has shaped universities’ curricula and led to a reconfiguration of the boundaries between academia and other domains, such as political life and mass media.

Tamara Banjeglav
Memory of War or War over Memory? The Official Politics of Remembering in 1990s Croatia