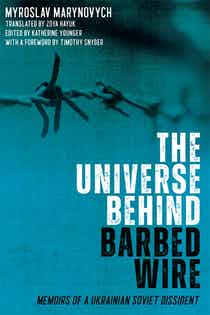 The memoirs of leading Ukrainian dissident Myroslav Marynovych have been published in English translation, edited by Ukraine in European Dialogue Research Director Katherine Younger and with a foreword by Permanent Fellow Timothy Snyder.

Ukrainian dissident Myroslav Marynovych recounts his involvement in the Brezhnev-era human rights movement in the Soviet Union and his resulting years as a political prisoner in Siberia and in internal exile.

This memoir by a prominent Ukrainian dissident, now in English translation, offers a unique account that spans the entire postwar period, from the author's childhood in newly Soviet western Ukraine and coming of age within the Communist system to the collapse of the Soviet Union, concluding with his reflections on culpability and justice in the post-Soviet context. Marynovych's description of the varied landscape of Ukrainian dissent in the 1960s and 1970s focuses on the emerging human rights movement, especially the creation of the Ukrainian Helsinki Group, of which he was a founding member. He vividly recounts his encounters with the Soviet repressive apparatus, including his arrest and trial, and offers a rich picture of daily life in a Siberian prison camp and his internal exile in Kazakhstan.

Imbued with the author's deep Christian convictions, this memoir sheds light on the key role faith played for some participants in the Soviet human rights movement, a movement that has most often been seen as having a secular inflection. It also provides a fresh look at the complex place of Ukrainian dissidents within the broader Soviet human rights movement, as well as the interplay between human rights advocates and other dissident groups in Soviet Ukraine.

Myroslav Marynovych will be discussing this book with Timothy Snyder, moderated by Katherine Younger, at an IWM event on 10 June 2021. For more information, and to register for the event, please have a look at the event page.

The foreword, by IWM Permanent Fellow Timothy Snyder, is available to read on the Commonweal Magazine website.

The book has been published by the University of Rochester Press and is part of the Rochester Studies in East and Central Europe series.