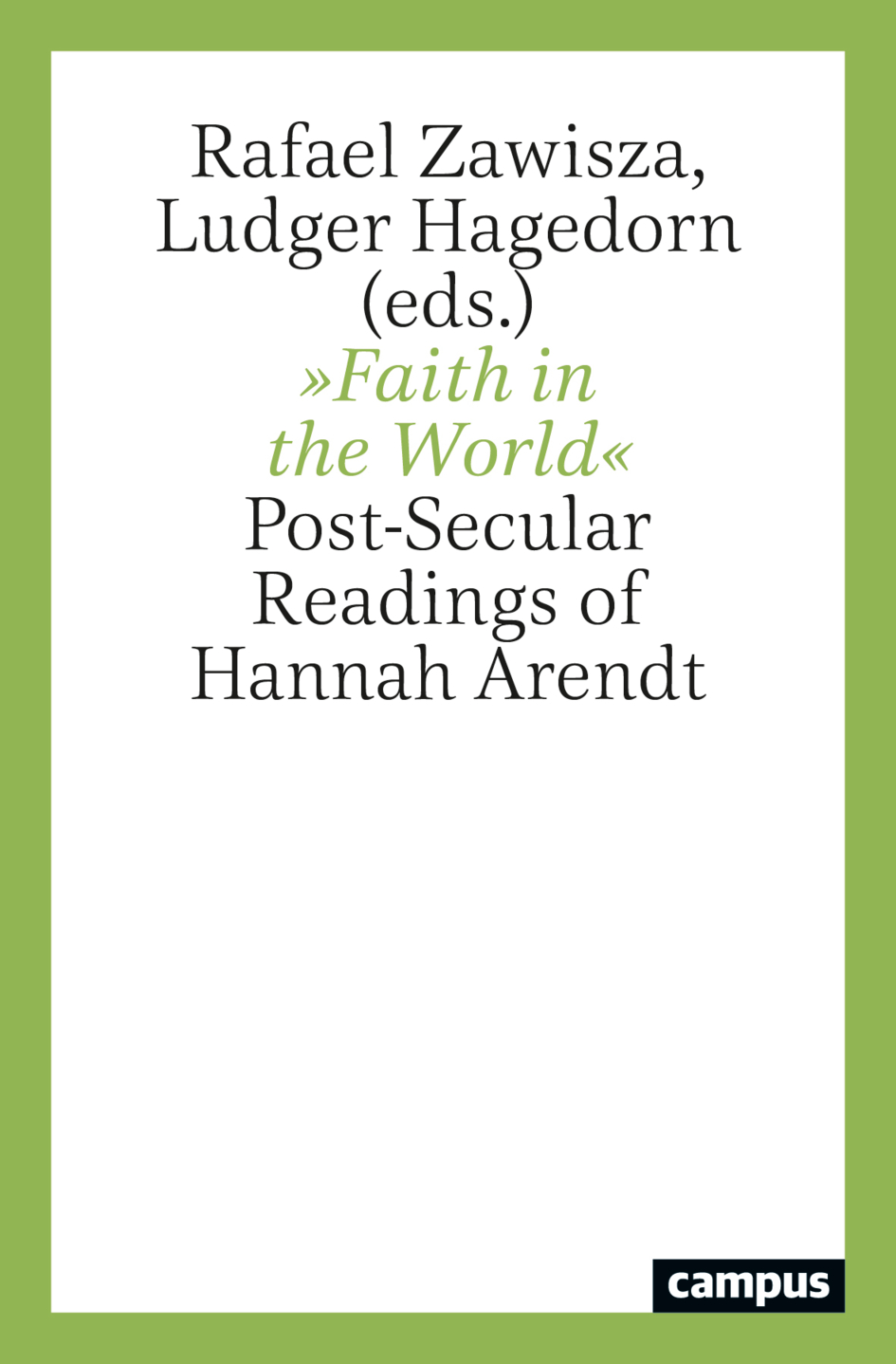 Why not rescue the world, even while God seems completely irretrievable?

Shedding new light on the theological dimension of Arendt’s thought, this book is as surprising as it is convincing. A true treasure trove of tightly argued, highly topical insights.

The volume offers a manifold approach to a less evident and until now much-neglected topic in the work of Hannah Arendt, namely her ambiguous relation to the Judeo-Christian religious heritage. It contains discussions about strictly theological motives—like salvation or original sin—but also explores topics such as forgiveness, love, natality or the world’s religious aura.

Although Hannah Arendt was certainly a secular thinker, her work harbors ways of how to understand secularization as the possibility of a new, maybe even messianic, attitude towards finite life and earthly reality, which she famously depicts as “faith in the world”. Tracing the clearly more speculative and theologically laden intuitions from the earlier writings helps to delineate the philosophical background from which Arendt’s thought originated and offers an alternative reading to the currently dominant biopolitical interpretations.

Against the backdrop of ongoing discussions about new fundamentalisms and the mutual exclusion of religious and secular worldviews, Hannah Arendt’s approach provides a model for how to reconcile secularization with the persistence of religion(s) and religious belief in the contemporary world. By refocusing attention from God to the world, to politics, and to the neighbors, it bestows secularity with genuine dignity and splendor and might serve as a platform for the self-limitation of any authority, be it religious or secular. The collapse of the absolute brings about respect for the plurality of denominations, while reminding us about the idea of a united humankind and its universal vocation.

In this sense, the Arendtian legacy serves to reflect upon a “political theology” of and for liberal democracy.