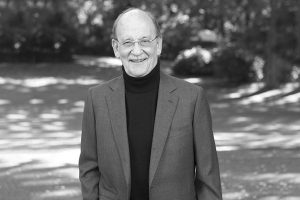 The IWM deeply mourns the passing away of its Visiting Fellow, Moishe Postone, after a valiant battle against cancer. A renowned Marxist historian, critical theorist and political philosopher, he was the Thomas E. Donnelley Professor of Modern History at the University and the College, as well as the Center of Jewish Studies at the University of Chicago. 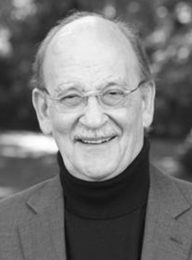 The IWM deeply mourns the passing away of its Visiting Fellow, Moishe Postone, after a valiant battle against cancer. A renowned Marxist historian, critical theorist and political philosopher, he was the Thomas E. Donnelley Professor of Modern History at the University and the College, as well as the Center of Jewish Studies at the University of Chicago. Furthermore, he was co-director of the Chicago Center for Contemporary Theory.

At the IWM he was currently working on a book that fundamentally rethinks Marx’s magnum opus, Volume I of Capital, and recasts its significance as a foundational work of social theory. His last public talk in Vienna entitled “Marx in the Age of Trump” was at the Vienna Humanities Festival in September 2017. We will remember and miss his indomitable spirit, his wonderful sense of humor and the sparkle in his eyes as he discussed at lunch or in the library political issues of the day while arguing for the relevance of Marxist theory to an understanding of these.

A little more than a year ago, Moishe Postone (ז”ל) wrote to me with his characteristic mixture of wry humor and profoundly humane concern for alarming socio-political developments that we “could begin to discuss a sort of peripatetic reading group, shuttling between Wien and Budapest… in a small attempt to contribute to a model of Central European critical integration against the new Austro-Hungarian consortium of dangerous scoundrels”. This new “K.u.K.” center for counter-hegemonic ruminations,” as he facetiously called it, would have been facilitated by his imminent return to Vienna as senior visiting fellow at the IWM during the 2017-18 academic year. As excited as he was about this prospect, our plans were thwarted by his busy fall schedule at first, and eventually by the inexorable ravages wrought by the illness he had been fighting on and off for a decade.

We already crossed paths in Vienna back in 2016 (I was a Junior Fellow at the IWM at the time), after I worked for many years with Moishe as a graduate student at the University of Chicago. While I had already been familiar with his magnum opus, Time, Labour, and Social Domination, when I originally moved to Chicago, his brilliant seminars on the Frankfurt School and Marx’s Capital still proved nothing short of a true intellectual revelation. At the same time, he would field even the most naïve questions from awestruck undergraduate students (the few who dared sign up for his graduate courses) with exemplary patience and attention. His concern, above all, was to instill a sense of critical thinking and intellectual rigor in all his students—which I later also witnessed closely during a year of pedagogical apprenticeship with him.

Outside the classroom, he was just as invested in his students. The legendary Social Theory Workshop, which he had been running with his close friend and colleague, Bill Sewell for decades, drew dozens of dedicated members even at unusually late hours. And Moishe made absolutely sure every single time to devote all his energy to a painstakingly meticulous critical discussion of the papers presented therein, regardless of the topic or the speaker. His towering intellectual presence may have even appeared to be intimidating at times, and yet he was incredibly warm and caring. His kindness and generosity of spirit were immediately noted by those who had just encountered him for the first time. No person who ever met him could forget the benevolent smile and twinkling eyes that added a rare human touch to the most arduous critical debates he happened to be engaged in.

He was certainly no stranger to theoretical controversy, albeit not the commonly practiced academic pettifogging kind, which we have all grown accustomed to these days. Instead, he sought to redeem praxis-driven social theory from the clutches of ideologues (supporters and detractors alike) and show its continued relevance to the contemporary world. Hence, he was neither interested in solipsistic position-takings that would guarantee mere academic recognition or consecration, nor did he give in easily to the pseudo-revolutionary exuberance of many fellow leftist intellectuals for the sake of ensuring a steady mass of followers. Throughout his long career, Moishe ceaselessly insisted that he was not trying to convert anyone to Marxism, but was rather intent on adequately elucidating Marx’s mature critical social theory so that anyone could then decide whether they found it persuasive enough when stripped of all the misconceptions and distortions.

Faced with the changing epochal threats of the crises of work and the environment in contemporary capitalism, he embarked with an acute sense of urgency on extending his groundbreaking reinterpretation of Das Kapital—an immense task that will now remain unfinished. As ever, the “tyranny of time in capitalist society” continued to be of central importance in his analysis, but the tyranny of a different kind of time cruelly defeated him in the end. Even as he was already battling his illness under the spectral threat of what we all stubbornly refused to acknowledge, he would wistfully, almost apologetically, express his disappointment that he would not be able to resume work for some time. And then all hope was extinguished… We may all pretend that his spirit will continue to live on in so many of us who were fortunate to have known him, but the sad truth is that we can only hope to pick up fragments (broken vessels, as it were) from his rich legacy at best.

István Adorján is a doctoral candidate at the Department of Sociology at the University of Chicago. In 2016, he was a Krzysztof Michalski Junior Visiting Fellow at the IWM.