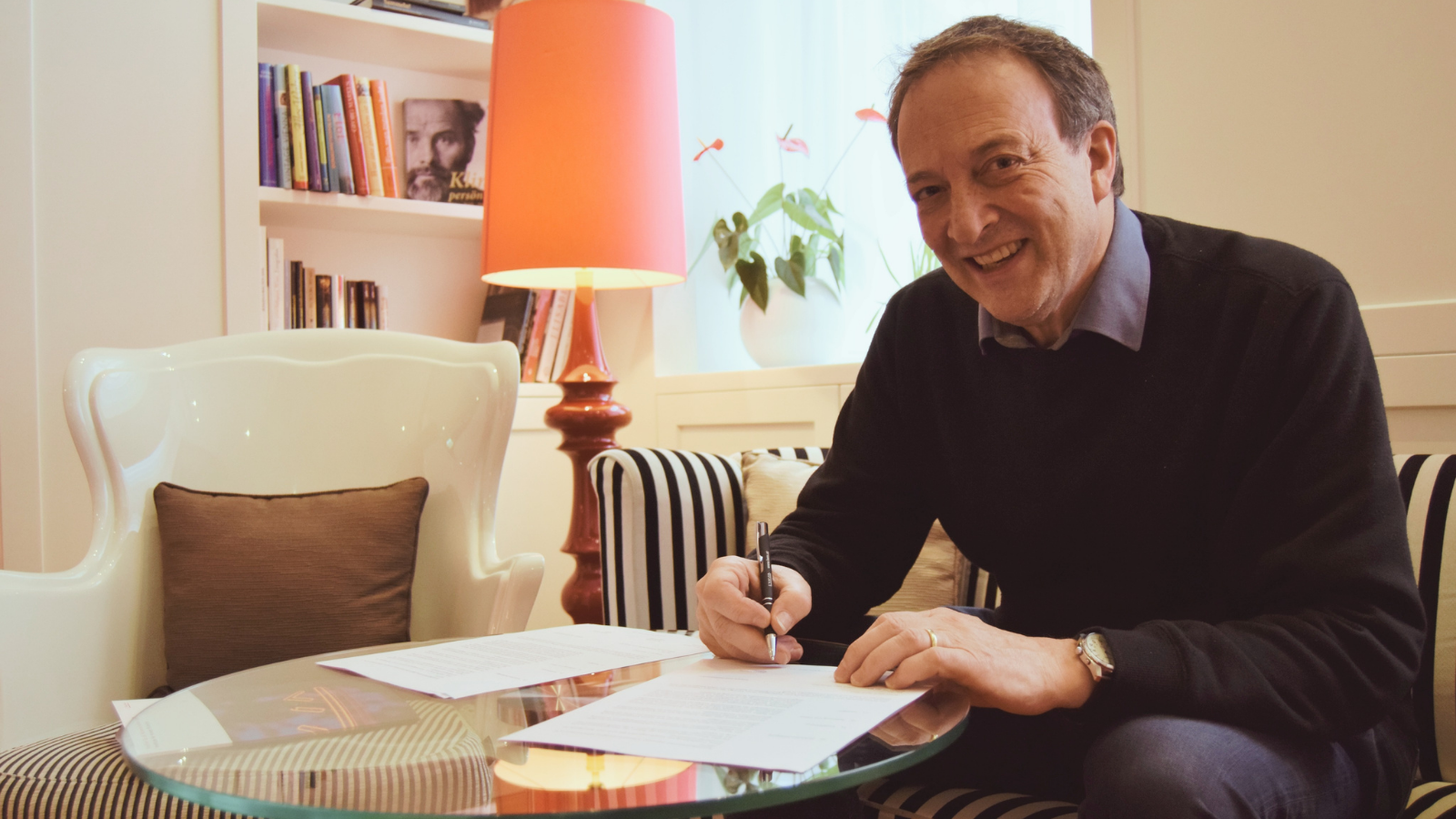 The Board of Trustees of the Institute for Human Sciences (IWM) has appointed award-winning journalist and author Misha Glenny to be the Rector of the Vienna-based institute. Glenny is the third person to hold this office since the Institute was founded in 1982.

The international search for new leadership of the IWM was triggered in summer 2021 after Shalini Randeria, IWM Rector since 2015, accepted her election as President and Rector of the Central European University in Vienna. The Search Committee received many excellent applications, and hearings with the shortlisted candidates were held in December 2021 with the involvement of the Institute's Permanent Fellows. On December 16, 2021, the IWM Board of Trustees unanimously elected Misha Glenny to be the third Rector of the IWM. He will assume the position in May 2022.

In an initial public statement on his appointment, Glenny said, “I first visited the IWM in 1986 when I had just arrived in Vienna to start my career as a journalist. At the time, I had the privilege of meeting its founding Rector, Krzysztof Michalski, and would regularly attend the discussions there which anticipated the collapse of communism in Eastern Europe. I am extremely thrilled to be assuming the position of the Rector in the 40th anniversary year of the IWM. It is a great honor for me to take over the leadership of this institution at a time when its vital importance has once again become evident in view of the return of war in Europe. I am also delighted to be back in Vienna, a city that has played a crucial role in my life."

President of the IWM´s Board of Trustees, Former President of Austria, Heinz Fischer, stressed, “Misha Glenny's distinguished career and regional expertise, coupled with a deep understanding of the Institute's history and mission, as well as his enthusiasm for the work of the members of its academic community, have made his a natural choice. I am confident that with him as IWM Rector, the Institute will be able to continue its longstanding success story.”

Misha Glenny is an award-winning journalist who made a name for himself as the Guardian’s and BBC’s Central Europe Correspondent covering the 1989 revolutions and the wars in the former Yugoslavia. In 1993, he received the Sony Gold Award for Outstanding Contribution to Broadcasting, and in 2012 he was named BT Information Security Journalist of The Year.

His publications have been met with considerable international acclaim. His account of Yugoslavia's descent into civil war, The Fall of Yugoslavia: The Third Balkan War, has been in print for thirty years, while his book The Balkans 1804-1999: Nationalism, War, and the Great Powers is a standard work on the modern history of the region. The books McMafia: A Journey Through the Global Criminal Underworld and DarkMarket: Cyberthieves, Cybercops and You were shortlisted for several awards. McMafia has been adapted into a major television drama, and the adaptation of his latest book, Nemesis: One Man and the Battle for Rio, is also in the works. Glenny is also a regular contributor to major publications in Europe, North America and Japan.

Misha Glenny has taught at Columbia University, the London School of Economics, and University College London. In 2019, he was a Visiting Fellow at the IWM. He is regularly consulted by governmental authorities on issues related to the Balkans and Eastern Europe, transnational organized crime, and cybersecurity.