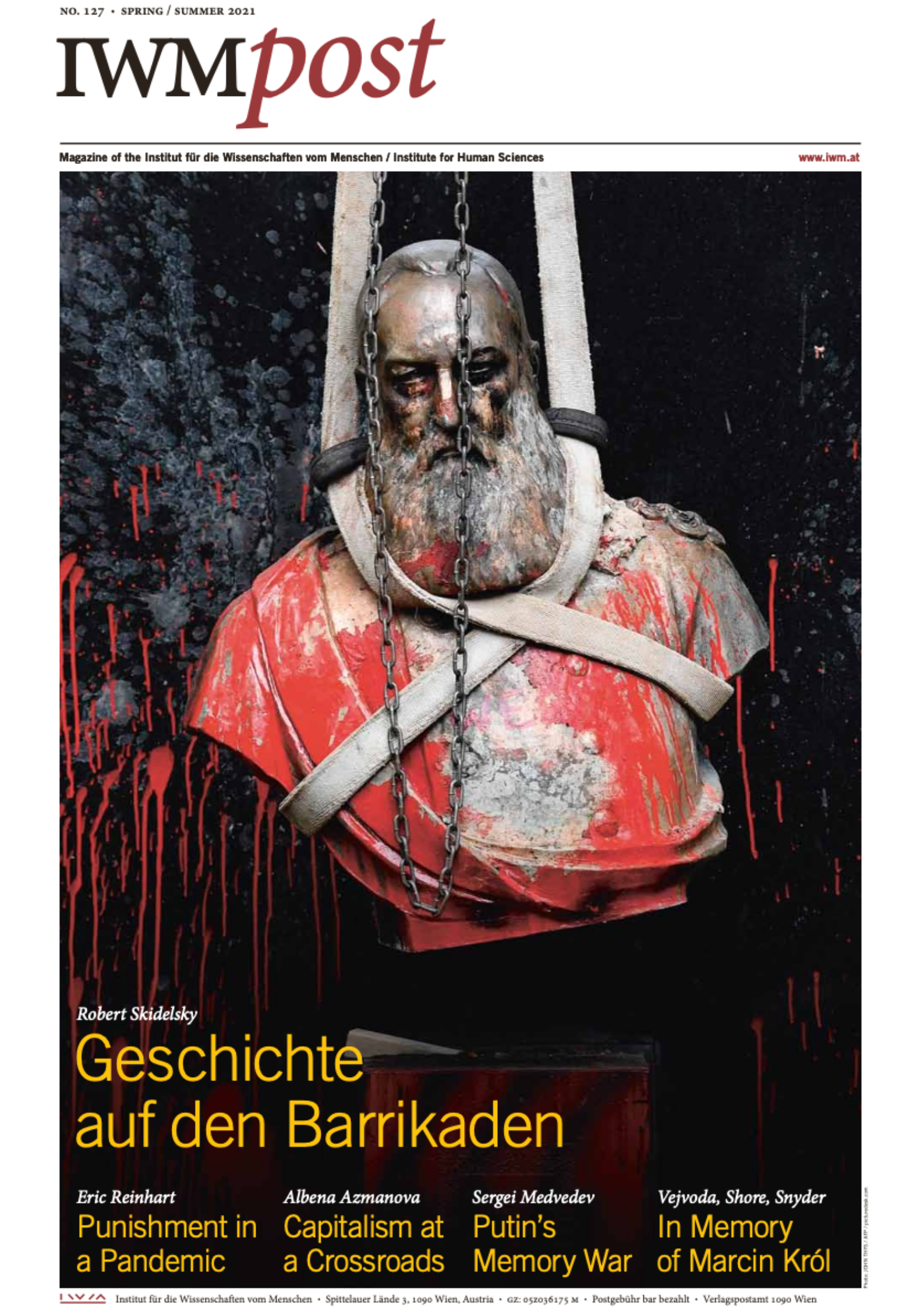 The latest issue of the IWM's magazine, IWMpost, is now available in both digital and hard copies. “History and memory” make up the central focus of this issue.

Robert Skidelsky illustrates how questions of interpretation and positionality have pushed the claim of objective reconstruction of the past into the background in the mainstream understanding of history. His essay provided the inspiration for the cover of this issue which shows a statue of King Leopold II of Belgium in Ghent that was smeared with red paint and removed just as the country was about to celebrate the 60th anniversary of Congo's independence. The other essays in this focus address the official politics of memory (Sergei Medvedev, Nikolai Antoniadis), the difficulty but also the need to confront the unpleasant aspects of one's own past (Teresa Reiter, Jerko Bakotin), the problems of critical historians in authoritarian regimes (Felix Ackermann) and the function of memorial sites and monuments (Iryna Sklokina).

Click here to see the full contents, and to read IWMpost 127.