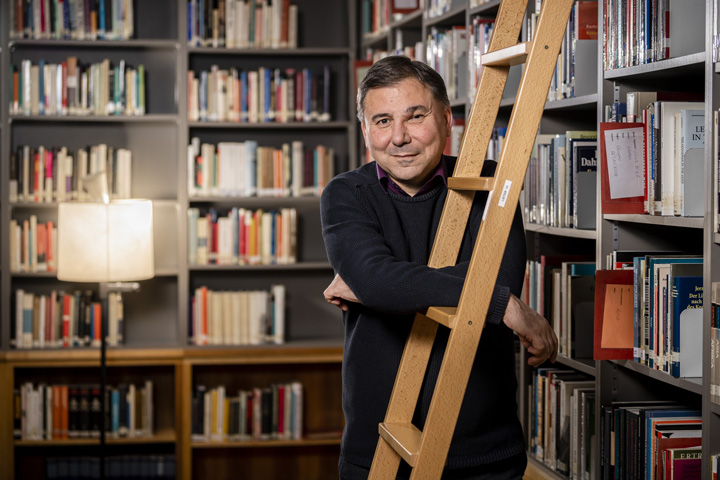 IWM Permanent Fellow Ivan Krastev will give a series of lectures at the Collège de France, as part of the 'Cycle Europe' Conference. These four lectures will be given over the course of a month, in English with simultaneous translation into French.

After a first conference series that was hosted in spring 2021, this new 'Europe Cycle' includes two series of lectures dedicated to the theme of 'The Two Europes'.

Krastev will give the autumn lecutres on "The Fear of Shrinking Numbers. Democracy, Demography and the East-West Divide in Europe" (L’angoisse du déclin. Démocratie, démographie et clivage Est-Ouest en Europe). The lectures will discuss the ways in which the shrinking ethnocultural majorities in the European Union (EU) member states try to preserve their power and identity in the face of population decline and increasing migration. It argues that the clash between liberalism and illiberalism in Europe today is a contest between two contrasting ideals of the “people” that various governments want to elect. Liberalism is a vote for an inclusive body politic representing the diverse nature of modern societies. Illiberalism is an exercise in democratic majoritarianism for the purpose of preserving the ethnic character of national democracies.

The lectures will take place on 6-7 and 13-14 October 2022. More information is available on the Collège de France website.