Ewa Atanassow: Tocqueville’s Dilemmas, and Ours 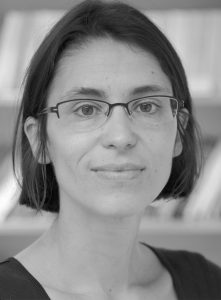 How can today’s liberal democracies withstand the illiberal wave sweeping the globe? What can revive our waning faith in constitutional democracy? Tocqueville’s Dilemmas, and Ours argues that Alexis de Tocqueville, one of democracy’s greatest champions and most incisive critics, can guide us forward. Drawing on Tocqueville’s major works and lesser-known policy writings, Ewa Atanassow shines a bright light on the foundations of liberal democracy. She argues that its prospects depend on how we tackle three dilemmas that were as urgent in Tocqueville’s day as they are in ours: how to institutionalize popular sovereignty, how to define nationhood, and how to grasp the possibility and limits of global governance.

She offers insights into her book in conversation with Schuyler Curriden, a graduate student in philosophy at the Humboldt-Universität zu Berlin.