"Everybody is so much now for democracy..." IWM Photography Exhibition 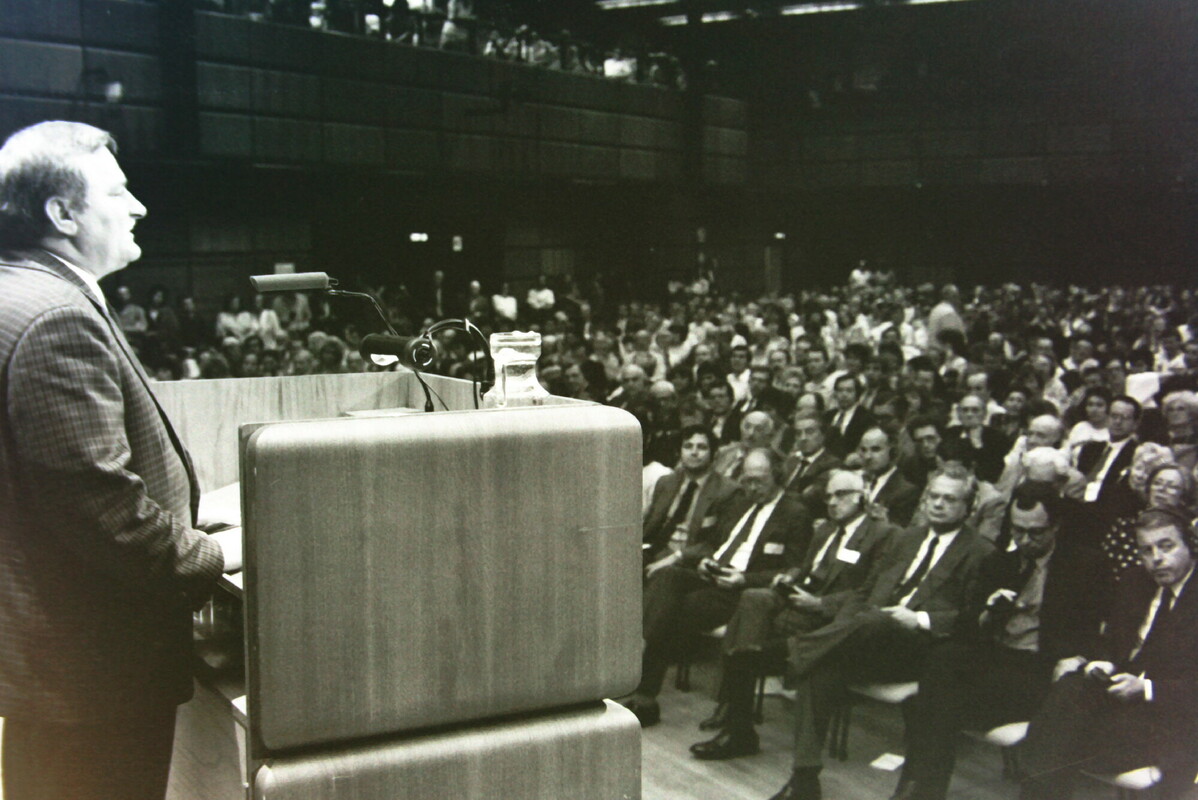 In 1990, IWM organized the landmark conference Central Europe on the Way to Democracy, bringing together leading intellectuals and politicians from across Europe, North America and the Soviet Union to discuss Europe’s future prospects at a time of dramatic change. It was a remarkable event that drew great media attention and international visibility, organized in the premises of Vienna’s Palais Schwarzenberg. And it was a milestone in the history of IWM, crystallizing its mission of offering a space for discussions that transcend “any ideology, church, bureaucracy, or political party,” as founding rector Krzysztof Michalski put it in one of his interventions at the conference.

As the first of several activities planned for the 40th anniversary of IWM in 2022, the Institute will feature an in-house exhibition on the many faces and facets of this conference. Throughout the three day-event in June and July 1990, Viennese photographer Renate Apostel took black-and-white photos of its prominent guests, capturing panel discussions as well as informal conversations. Some of her most remarkable portraits and atmospheric photographic observations will be on display along the staircases throughout the IWM building. All photos are handmade prints on baryte paper, developed from the original negatives by Viennese photo artist Andrej Kasik.

The photos will be accompanied by some of the indelible voices of the conference. Short excerpts of the original recordings, as well as transcriptions in the respective language (English, German, Russian, Polish, or Czech) and English translation, will be accessible by scanning a QR code next to the photo.

Looked at from a distance of over three decades, it is both fascinating and touching to witness the mingling of euphoria and anxiety at this moment in history. Listening to the individual statements, it is as exhilarating to be embraced by the wisdom of some of the historical reflections as it is frightening to be reminded of the fallacy of economic and political prognoses.  Some themes and analyses seem eerily relevant to today, while others mark just how deeply the world has changed since.

Over the three days of the conference, speakers addressed topics such as the processes of societal and economic transformation, the role of nation states, the charismatic but inexperienced leadership of former dissidents, and the new mental and geopolitical map of Europe. The topic that participants returned to over and over, however, was the newly-paved way to democracy in all its promise and peril. It was Polish philosopher Leszek Kołakowski who warned that democracy goes very nicely with nationalism, and it was his wry comment that lends this exhibition its title.

The opening is planned for January 31, if circumstances allow.