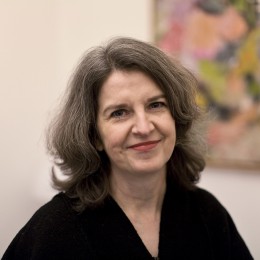 Cornelia Klinger studied Philosophy, Literature and Art History at the University of Cologne, and obtained her doctorate in 1981 for her research on “Die politische Funktion der transzendentalphilosophischen Theorie der Freiheit”. She received her habilitation in 1992 at the University of Tübingen (Germany) with a study on “Ästhetische Modernität und ‘Wiederverzauberung der Welt’. Der Ort der Romantik im Prozeß der Moderne”. From 1978 to 1983 she served as Assistant Professor at the Department of German Language and Literature at Cologne University. Klinger taught and gave lectures as Visiting Professor at the Universities of Vienna, Zürich, Bielefeld, Frankfurt, Klagenfurt, Innsbruck, Tübingen and Munich. From 1983 she was Permanent Fellow at the IWM and, since 2003, Visiting Professor of Philosophy at the University of Tübingen. She was the Head of the IWM program Sources of Inequality and from 2013 to 2014 she was Acting Rector at the IWM (together with Michael J. Sandel).

While working in several research areas, she focuses mainly on Political Philosophy, Aesthetics, and Gender Studies.