Sławomir Sierakowski: Report on the Events of August 9, 2020 in Minsk, Belarus

The Belarusian opposition has adopted three principles of protest: first, it is to be absolutely peaceful; second, it is to be long-lasting—that is, it will continue until it succeeds; and finally, it is intended to be self-limiting in a political sense. Supporters of opposition candidate Sviatlana Tsikhanouskaya have three specific goals: free elections, ending repression, and restoring the previous, democratic constitution. This approach, this explicit self-limitation, makes the process very clear to the public, very motivating, and evidently effective in the sense that people are going out into the streets of cities large and small in unprecedented numbers. In Minsk we have seen crowds of 60,000-70,000; in smaller towns, protests have numbered up to 20,000. 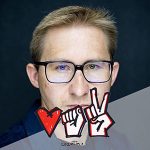 The opposition has learned a great deal of self-discipline, and it is also technologically advanced. The authorities completely control the official media, so a kind of second media sphere has arisen online. Independent media outlets do exist in Belarus today, mainly as internet portals, and their readership has grown by 300-400 percent in recent weeks, assuming mass scale. The most important of these are Nasha Niva, Radio Svaboda, and TUT.by. Popular channels on YouTube and Telegram (including, for instance, the one run by Siarhei Tsikhanouski) also play a role. The most famous video bloggers have as many as several hundred thousand subscribers (Belarus is a country of 9 million, with 6 million eligible voters). Independent media messaging is already reaching a large segment of society, and unofficial media outlets are considered credible. People see them as mainstream news sources where they can get information on issues such as the COVID-19 pandemic.

Aleksandr Lukashenko is mentally stuck in the 1990s. He hasn’t learned anything, and he is unable to use the state-run media to counter independent reporting.  All he can do is block the internet and cellphone networks at opposition rallies; these days, the internet is sometimes completely shut down. There are ways to get around this using proxy servers and encryption applications. Thanks to this, I am one of the few journalists here who has a mobile data connection.

These mechanisms do not always work—there was no internet at all from 8 pm to 4 am, making it difficult—but not impossible—to circulate information. The Belarusian diaspora is also very important as a conduit of information. Belarusian journalists and bloggers abroad are collecting information and passing it on to the media in their countries. Thanks to their efforts, Belarus is being covered by the media in Poland and other countries. There are very few Western journalists here, if any, hence the reports are fragmentary and of varying quality. Nevertheless, the government’s attempted communications shutdown is not proving effective.

The election results in Belarus are being falsified thanks to early voting—a well-known Russian method. Voting has been taking place since Tuesday, making it difficult to monitor the number of votes cast, let alone who they were cast for. According to the authorities, as many as 42% of people voted before election day on Sunday, but no one is taking that seriously.

Despite the widespread awareness of electoral fraud, Belarusians have decided to behave as if they had participated in an honest election. They rejected the idea that there was no point in voting because the result had already been decided. On the contrary—they behaved like exemplary citizens of a democratic country. They wanted to demonstrate what free and fair elections should look like and make the authorities feel that their actions are being watched.

At 6 pm, they started to gather at polling stations, which are primarily located in schools, and talked amongst themselves. Then, at 8 pm they demanded that voter turnout be announced. Independent observers were barely allowed to enter polling stations, usually under the pretext that due to the coronavirus, a maximum of five of observers could be in the building at any one time; in many cases authorities claimed that that limit had already been met. In such situations, observers would sit outside the polling place and record the number of people entering. Although they could not ask people how they voted, they counted how many people were wearing white ribbons.

It is worth noting that the barrier of fear has broken in Belarus, and people have begun to express their views directly. This is also the case in smaller towns and villages, several of which I was able to visit in recent days, collecting various opinions. My observations coincide with the assessment of independent analysts that roughly 2/3 to 3/4 of citizens support the opposition. Of course, there are still people who are afraid to answer questions or don’t want to give their real names; some people picked up their pace when they saw two strangers trying to start a conversation—but many people also came up to us.

Coming back to election observers—at one polling station, about 100 people gathered around the school building; there was a serious, focused atmosphere, and people hung white ribbons from the fence. They made an effort to surround the entire school and peer through every window to make their presence felt by the people counting votes, sometimes just trying to look them in the eye. Some independent observers have been stationed at many polling stations since Tuesday for the same reason—to put pressure on electoral committees, but also to demonstrate public interest in the electoral process and to count the number of voters.

I asked many times what made the observers so determined: If you are aware that no one will count these votes, that the result will be announced right away, that you are observing a process that will not be taken into account anyway—why are you here? They explained that this would be effective in the long run as a lesson in democracy for both sides of the barricades. Their actions are intended to create uncertainty in people who have been loyal to Lukashenko so far, including those who make up the electoral committees. It is about placing moral responsibility on them.

After assembling and observing the polling stations, there was of course the third step—demonstrations. The plan was that around 10 pm. people would move from the polling stations to a series of designated places—if one was closed or blocked, the demonstration would move to another predetermined location. In smaller towns, people were to gather in the largest squares. In Minsk, the designated location was Victory Square, near the Minsk Hero City Obelisk. If it was impossible to get there, people were to meet on Independence Avenue, and if it was inaccessible, on Victors’ Avenue.

According to plan, people assembled on Victory Square, gradually gathering from various directions. A lot of cars were honking, and the Perestroika-era song “Khochu peremen!” by Soviet rock band Kino was playing everywhere. People chanted “all together” and encouraged each other. Special police units appeared very quickly and established their presence in a way that was supposed to intimidate demonstrators. A column of several dozen armored vehicles rolled in and closed off key intersection. Step by step, they took up more and more space.

It is important to note that the protesters consistently tried to demonstrate a favorable attitude towards the police, to show them kindness—you often heard the chant “the police with the people.” The protestors want to show the police that they are all the same—we know you are obeying orders, but we assume that you do not want to be standing where you are. When I asked opposition leaders about this on Saturday evening, they said that they have no doubt that no one within Lukashenko’s own ranks likes him. This openness and kindness towards the same security services that beat demonstrators is based on this assumption: they are not identical with the Lukashenko regime. This is an attempt to break down divisions.

At one point, several hundred, maybe even several thousand, policemen with large shields and long sticks started to emerge from the column of vehicles. They occupied one part of the square, then formed a long formation, hammering their shields with their clubs, throwing explosives and flash grenades—it was unclear whether they were firing rubber bullets, blanks, or live ammunition. This was intended to scare people, but it was only moderately effective because the distance between the protesters and the police was several dozen or even 100 meters. The protesters did not retreat easily, but they were also absolutely peaceful; any possible provocateurs in their own ranks were watched. If someone threw a plastic bottle and it reached the police, he was quickly pacified by others.

These dark squadrons with tall shields took a very long time to occupy the square piece by piece, and they tried to do it in a way that would not force a violent confrontation. Only at the very end did the police start chasing the retreating protestors, running towards the crowd. The square is open on three sides, but there are places where movement is impeded and too many people cannot fit. That’s where some demonstrators were caught and beaten by the police.  But the last phase of the drama was already unfolding in other locations, where the demonstrators were still in large groups, but scattered around the city.

That is where we saw real clashes; Reuters reported that there were some 1,300 injured. Independent media reports indicate that there are several people in critical condition and one is dead after being deliberately run over by a truck.

Today, on Monday, the demonstration can be expected to be even more numerous. We are now experiencing the silence before the storm in Minsk. We are waiting for evening. The opposition has formulated a plan for each of the coming days: people are to meet in the squares at 7 pm. The peaceful protests will continue.

Due to the internet shutdown in Minsk, this report was related by Sławomir Sierakowski to Michał Sutowski by telephone.