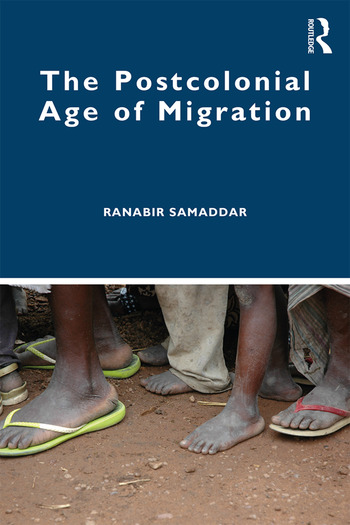 Looking Back to the Postcolonial Age of Migration

Ranabir Samaddar reflects on his recently published volume The Postcolonial Age of Migration and what he hadn’t yet written on.

I wrote The Postcolonial Age of Migration in 2016-2019. It came out only two months ago (Routledge, 2020) as the pandemic raged in India and elsewhere in most parts of the world. Global mobility came to a screeching halt, as mobility within India, so much so that parcels and other postal services stopped from end-March and have barely resumed. I have not as yet seen the book in print and I am sure that not many interested people abroad have seen it and procured copies. Locked down in my house for the past few months and aware of the fact that the book had come out, I was almost driven to reflect on what I had written: Did I do justice to our age, which I described as the postcolonial age of migration?

The Multiple Tenses of a Postcolonial Age of Migration

A Commentary by Ayşe Çağlar

“Imperial effects occupy multiple historical tenses. They are at once product of the past imperfect that selectively permeate the present and they shape both the conditional subjunctive and uncertain futures” (Ann Laura Stoler, Imperial Debris: On Ruins and Ruination, 2013, p. 10) 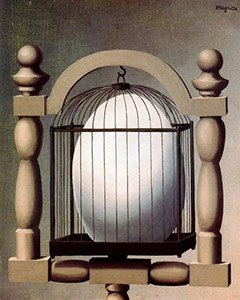 Amitav Gosh’s acclaimed 1988 novel, The Shadow Lines, moved me as no other work did to think about the afterlife of forced displacements in the lives of people. The elusive legacies of partition have a tenacious hold on people’s lives and memories, and Gosh skillfully shows this through the entangled histories and stories of two families. The Shadow Lines collapses time and space, placing events from different times and places next to each other as if it were impossible to tell these stories outside of their entanglements and without shifting between multiple tenses. As Ranabir Samaddar’s The Postcolonial Age of Migration shows, this is indeed impossible. From the very first to the last pages of his book, The Shadow Lines was my silent but diligent companion.

The Postcolonial Age of Migration is a clarion call to unravel the colonial gradient in today’s population flows and migration regimes. Showing the tangibility of colonial pasts and imperial presences in today’s mechanisms and strategies of population control and politics, the book poses a provocative challenge to studies that fail to see the colonial/imperial debris in the making and remaking of today’s migrations and their governance. The realities of partition, the colonial state, decolonization, the departure of colonial power, and border drawings and their long-term effects take center stage in Samaddar’s well-thought intervention. We need a postcolonial perspective to extricate their visceral presence and effects in the age of migration, which in turn requires the acknowledgment of imperial lineages in nations’ histories. Partition and its shadow lines are at the heart of forced displacements.

The Postcolonial Age of Migration takes off from a disappointment with Stephen Castles and Mark J. Mills’ seminal work, The Age of Migration. Despite its global perspective, according to Samaddar, that work fails to grasp the specificity of the age of migration as it misses the impact of colonial formations in the making of the population movements of this age. It was in the colonial age that the governing principles of mobility and the control and governance of mobile bodies, labor, population, and cities were laid down. That is why what Castles and Mills identify as the age of migration is, in fact, a postcolonial one. The flexible frontier policies and the governance mechanisms of the colonial age, which not only functioned to regulate migration but also produced population flows, clearly shaped nation states. “The postcolonial impact has been mainly in the form of combining a nation state’s border and security strategy with old imperial-colonial strategy of maintaining expansive security lines and zones, keeping virtual borderlands, expanses of indeterminate zones, and as result of these a flexible frontier policy” (p. 154).

Samaddar’s critique directed at The Age of Migration is particularly important because Castles and Mills’ book has been central for the coming-of-age of critical migration scholars, particularly those in the global North who desired to move migration scholarship and public debates beyond the migration-return-integration-social cohesion stalemate in mainstream studies. The Postcolonial Age of Migration seeks to animate an analytical vocabulary beyond the established repertoires of traditional and critical migration studies. This forms the backbone of Samaddar’s critical reading of the contemporary migration dynamics and regimes in relation to various colonial practices, tools of population control, and governance mechanisms. It is this vocabulary that enables him to chronicle and analyze the relations and connections between the dynamics of migration, colonialism, states, empires, power, border and frontier formations, and various forms of forced migration together.

In contrast to the elusive presence of Shadow Lines, Raymond Williams’ influential Keywords is a very visible companion of Samaddar’s endeavor. However, the keywords in The Postcolonial Age of Migration neither elaborate the time-space-bound variations of the central terms of migration scholarship and governance, nor aim at a geographical extension to places with a colonial past. Instead of detailing selected keywords and their variations, Samaddar maps out families of keywords to track and analyze the relations between the entangled dynamics and processes of migration, colonialism, states, and border and frontier formations. Indeed, it is these different clusters that set the intellectual and public worlds of today’s scholarship and public debates on migrants and migration regimes apart.

Samaddar’s analytical vocabulary is less about the differentiation of categories of forced migration and their genealogies through a rigid grid to sort out refugees, internally displaced people, and environmental and economic migrants, and more about the futility of such efforts. It is a call to recognize the massive and mixed nature of population movements. The Postcolonial Age of Migration is more than a book about decentering the histories and genealogies of the concept of forced migration.

The challenge of disentangling the postcolonial gradient of today’s world of migrations is not about highlighting the colonial leftovers and imprints or a generic indictment of colonial history, but about explicating the active and ongoing force of colonial/imperial formations in contemporary processes of population movements and their governance. As Ann Laura Stoler elegantly put it in her 2013 book, imperial debris could only be thought in multiple tenses but never as a completed passé composé. A failure to note and analyze the reappropriation and the active lives of the imperial/colonial formations in the politics of the present easily misses the multiple historical tenses of these processes.

The governance technologies of imperial rule were strongly anchored in differentiated and racialized access and rights in colonial frontiers. Samaddar writes: “For population to be managed and population groups to be stabilized and governed, colonial rule needed flexible border policies. Such policy allowed expansion. It included administrative policies for footloose population groups, and more importantly, measures that enabled shifting of border in case of need”. (p. 150) The gradated forms of sovereignty of the colonial frontier policies, which ensured the flexible management of labor supply, establishing the regulatory principle of colonial rule, were taken over by modern nation states. Today’s control and governance of labor mobility that produce migrant labor as politically invisible group without rights were laid down in colonial and imperial rule.

The Postcolonial Age of Migration was made in IWM long before the Covid-19 pandemic. However, reading it in times of Covid-19 could have not been more suitable to see the postcolonial gradient in today’s labor and population movements and their governance. One does not need to go very far to detect the increasing reign of flexible frontier strategies and mechanisms in today’s migration and border governance. A quick look at the closures of European borders and the variegated permeability within and of these vis-à-vis labor mobility in the wake of Covid-19, or at the fractured legal geographies and administrative maze of refugee camps on Greek islands, show how well and alive these frontier policies are. Every strict closure at the height of the pandemic made sure that the borders remained differentially open to seasonal and temporary (predominantly agricultural, domestic, and health care) workers with an armature of exceptional administrative and surveillance systems and techniques put in place.

There is no doubt that Samaddar convincingly shows that our age is a postcolonial age of migration. However, the challenge remains in terms of tracking and analyzing the ways these formations work their way not only through contemporary inequities and into politics, but also into forms of resistance and alliances. If we see the resurrection of these structures and relations in the contemporary strategies of population control, it might also be important to scrutinize their inroads into the community-based forms of politics of care and their possible discontents. The Europe-Asia Research platform on Forced Migration at IWM and the Mahanirban Calcutta Research Group picks up this challenge in light of the orientation The Postcolonial Age of Migration provides. Rather than simply adding the histories and dynamics of forced migrations in Asia to the almost canonized questions of migration scholarship and debates in Europe or vice versa, the platform seeks to shift the analytical lens to ask different questions about forced migration, migrant labor, and their contradictions and entanglements, as well as borders and, above all, politics in Europe and Asia. This requires a postcolonial perspective for us to have a truly global one.

Ayşe Çağlar is IWM Permanent Fellow and Professor of Social and Cultural Anthropology at the University of Vienna. 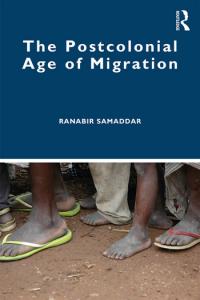 The postcolonial age of migration not only indicates a geopolitical and geo-economic division of the globe between countries of the North and those of the South marked by massive and mixed population flows from the latter to the former, but also the production of these relations within and among the countries of the North. The book discusses issues such as transborder flows among countries of the South; migratory movements of the internally displaced; growing statelessness leading to forced migration; border violence; refugees of partitions; customary and local practices of care and protection; population policies and migration management (both emigration and immigration); the protracted nature of displacement; labor flows and immigrant labor; and the relationships between globalization, nationalism, citizenship, and migration in postcolonial regions. It also traces colonial and postcolonial histories of migration and justice to bear on the present understanding of local experiences of migration as well as global social transformations while highlighting the limits of the fundamental tenets of humanitarianism (protection, assistance, security, responsibility), which impact the political and economic rights of vast sections of moving populations. Ranabir Samaddar
Ranabir Samaddar is Distinguished Chair in Migration and Forced Migration Studies, Calcutta Research Group, Kolkata, India. He belongs to the critical school of thinking. He has pioneered along with others peace studies programmes in South Asia and has worked extensively on issues of justice and rights in the context of conflicts in South Asia.
Read more