The New Yearbook for Phenomenology and Phenomenological Philosophy, vol. XIV, A Special Issue Dedicated to the Philosophy of Jan Patočka 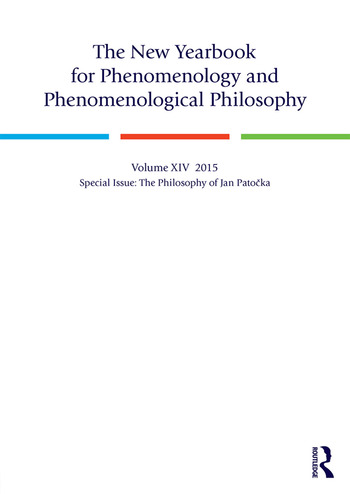 This volume comprises a number of studies on Patočka’s philosophical oeuvre, completed by two remarkable and hitherto unpublished English translations of his own essays: “Time, Myth, Faith,” written in the 1950’s, is one of his earliest and most explicit reflections on religion and historicity. The second, much longer essay is dedicated to the crucial question of meaning in a nihilistic age: what gives life meaning after the demise of religious and metaphysical ideas? The text was completed just before the philosopher’s commitment to the civil rights movement Charter 77 that was to significantly change, and ultimately cost him, his life. As the last finished major work, it is something like Patočka’s personal legacy. Patočka’s probing reflections on politics, civilization, religion, war, and the crisis of modernity probably obtain their full meaning only in the globalized world of today. It has become clear to many that his engagement with the question of the meaning of Europe, basic to his thought, and the reprocessing of its intellectual heritage (a project he calls “post-European”) represent an important pre-history to current debates about globalization and post-colonialism. His reflections have the potential to enrich such debates, perhaps even correct some of the ideological impasses that plague them, thus revealing Patočka to be a thinker whose ideas are “untimely” in the very best sense of the word.