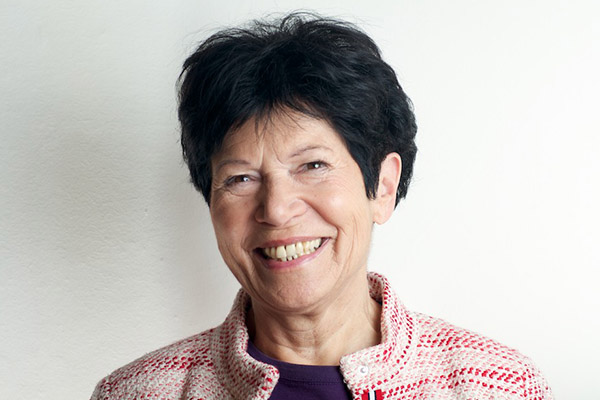 Helga Nowotny is one of the most prominent scholars in science studies worldwide, an area that counted Yehuda Elkana as one of its pioneers and promoters. For several decades she has been one of the most influential institution builders in European higher education and research. At times, she partnered with Yehuda Elkana in daring new academic and institutional endeavors.

"Science has a long-term vision. It’s about entering the territory of the unknown.”
Helga Nowotny

Throughout her long and distinguished academic career at institutions in the US, Europe and Asia, Helga Nowotny has embraced and helped establish an interdisciplinary and engaged approach to the study of science, combining perspectives from the humanities, social and natural sciences - in particular from law, sociology, anthropology, history, and philosophy of science, mathematics and cognitive science - in order to be able to better situate scientific expertise, practice and impact in context. Her highly consequential research and publications focus on matters such as dealing with technological risks, coping with uncertainty, time and social theory, organization of science, gender relations in science and “the place of people in our knowledge” (the title of one of her studies). She has launched or helped establish influential new concepts or theories, such as “Mode 2” of scientific research.

More than once, Helga Nowotny has played a major role in setting up a new course for higher education and science policies in Europe - at the European, national or institutional level. For this, she has worked with European intergovernmental and non-governmental organizations and bodies, such as the European Science Foundation, governmental agencies in several countries of East and West as well as independent organizations and committees of scholars.

She has taken part in, or directly led, the design and establishment of innovative new institutions, such as the European Research Council (the most influential organization in European research ever), Collegium Budapest (the first institute of advanced study in a former communist country) or Central European University (which Yehuda Elkana led for ten years as President).

Helga Nowotny is an engaged scholar and effective science entrepreneur. She has personally experienced the force of social constraints on science, on the production, dissemination and use of knowledge, including in a landmark case of gender discrimination that she was subjected to in her early career. Helga Nowotny has made her mission not only to study science in context and contribute tirelessly to building and refining the conceptual and methodological apparatus for this study, but also to promote the advancement of science, scientists and science educators through practical action, against the social, political, ideological or institutional odds of our times.

The Yehuda Elkana Fellowship is offered by the Hannah Arendt Global Humanities Network of the Open Society University Network.

The Yehuda Elkana Fellowship will be offered annually to a scholar or public thinker of international importance who exhibits a wide-ranging and exuberant intellectual curiosity touching the humanities, social sciences, and science. In the spirit of Yehuda Elkana, the Fellow should also possess a generosity of spirit as a teacher and mentor. The Fellow will be in residence for one month in Vienna at the Institut für die Wissenschaften vom Menschen and also affiliated with the Central European University.