The New EU Budget and Recovery Fund: A Positive Omen for the EU Enlargement Process? 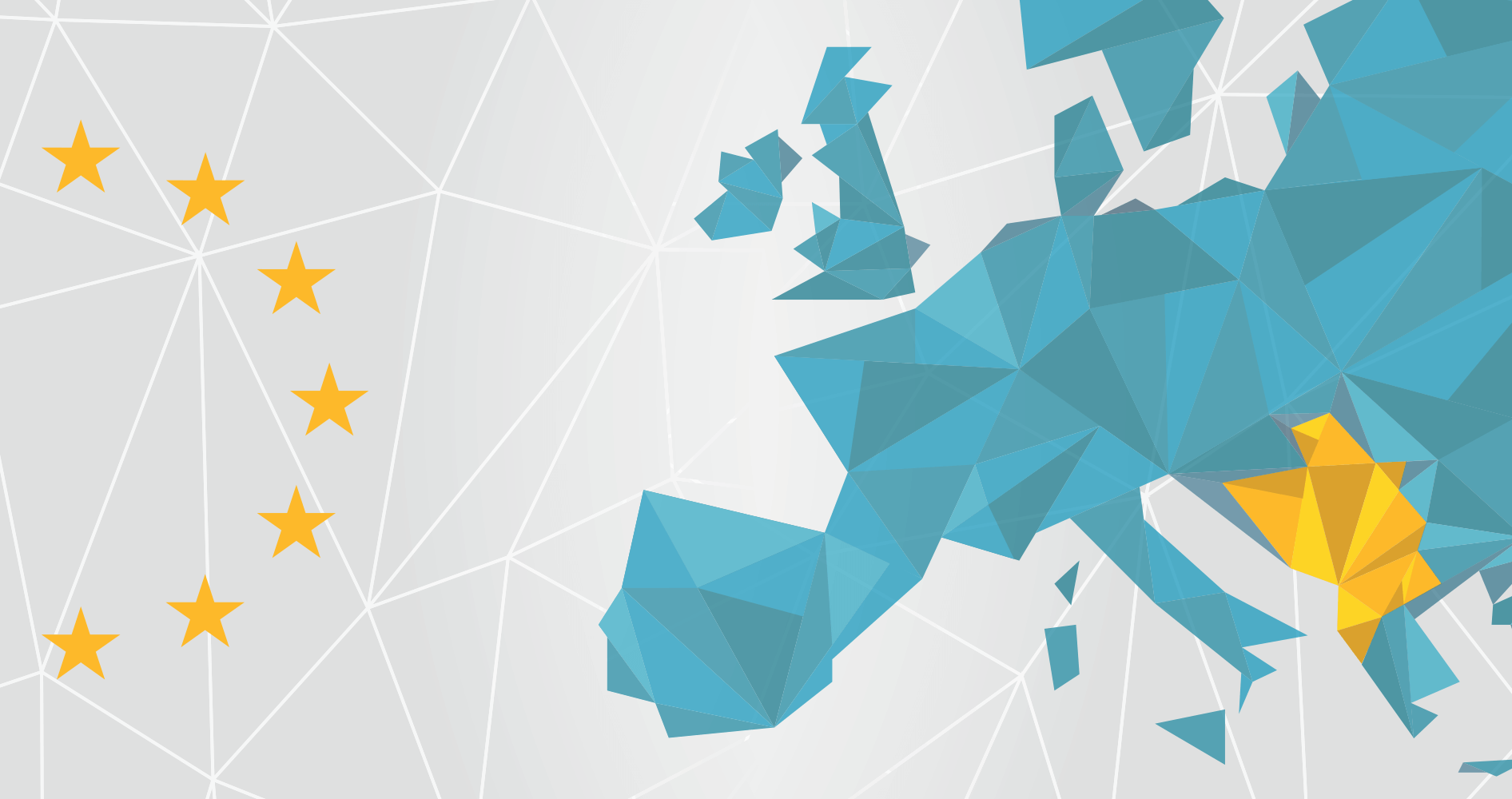 After five days of intense negotiations and amid fears of a forceful comeback of Covid-19 in a number of EU Member States, the heads of state and government of the 27 Member States reached a political compromise on a generous and much-needed recovery fund to deal with the socio-economic consequences of this unprecedented pandemic, and on the seven-year multiannual financial framework (MFF). Although the European Parliament still needs to give its consent on the MFF and EU sectoral programmes and the 27 national parliaments still need to ratify the recovery fund, that does not take away from the importance of the European Council’s political agreement. The EU has come out of these negotiations stronger, giving the impression to its citizens and the world (including less friendly partners) of unity, commitment and resilience in these trying times. But as it comes out of yet another crisis — this time successfully — its resilience will be further tested in keeping to its promises to the Western Balkan countries and demonstrating political intelligence by continuing with EU enlargement.

On 15 July, against a polarized and fragmented political scene further complicated by the repercussions of the Covid-19 crisis on the country’s political and socio-economic realities, North Macedonia held elections for its national assembly (Sobranie). During the campaign period, former Prime Minister Zoran Zaev (social democratic SDSM) had argued that the authorities were handling the Covid-19 crisis in a transparent and coordinated manner. On the contrary, opposition leader Hristijan Mickocki (conservative right-wing VMRO-DPMNE) had claimed that the government had downplayed the effects of the pandemic and ignored his recommendations. Nevertheless, in an election that was spread out over three days (with population groups separated according to vulnerability), approximately 50.84% of the registered electorate cast their vote. The turnout was therefore equivalent to the level of the recent Serbian election (50.32%) and slightly higher than those in Croatia (46.62%) — both also carried out under the Covid-19 constraints. Observers, starting with the Macedonian Electoral Commission, concurred that the elections had taken place without substantial irregularities.

Following the elections, the formation of a pro-EU reform government looks like the most probable scenario, making North Macedonia the hopeful exception among the candidate countries in the Western Balkans. The SDSM and the smaller coalition of ethnic Albanian parties (BESA) won the parliamentary majority with 36.12% of the vote (46 members of Parliament, MPs) and therefore has the mandate to lead the formation of a government for which it will need to rally the support of 61 MPs (out of the 120 MPs) to have a majority. It is followed closely by the VMRO-DPMNE, which received 34.85% (44 MPs) and then centre-right ethnic Albanian party Democratic Union of Integration (DUI), led by Ali Ahmeti (with 11.3%, 15 MPs). Followed by the ethnic Albanian opposition party, the Alliance for Albanians/Alternative, led by Ziadin Sela, with 8.57% (12 MPs), (left leaning, but rather populist) Levica that entered the Sobranie for the first time with 2 MPs, and the Democratic Party of Albanians (DPA) that won only one seat. Despite divisions inside the ethnic Albanian community (Ali Ahmeti had strongly criticized BESA’s decision and its leader Bilal Kasami for entering into a coalition with SDSM), otherwise unlikely partners made more likely due to populist inclinations (VMRO-DPMNE and Levica), or frustrated contestants preferring to favour normally non-friendly parties (DUI associating itself with VMRO-DPMNE), the social democratic SDSM is still seen as the party that has a better chance of building a coalition with ethnic Albanian party.

The promise of EU accession: finally taking off?

EU High Representative Borrell and European Commissioner for EU enlargement Várhelyi have welcomed the results of the elections in North Macedonia, noting the preliminary findings and conclusions of the international observers from the OSCE Office for Democratic Institutions and Human Rights (ODIHR). The OSCE’s report stated that the elections had been generally well-conducted and fair, amid adjustments taken to respond to the pandemic. The campaign was also deemed to have been genuinely competitive. However, substantial revisions to the legal framework and subsequent government decrees had compromised legal stability. The European Parliament, for its part, has also welcomed the orderly and impartial conduct of competitive elections in North Macedonia.

North Macedonia had faced intense resistance to progress on its EU accession path, in particular from France that demanded a more robust EU enlargement methodology, but also from the Netherlands. The European Council gave its long-awaited green light to start North Macedonia’s accession negotiations with the EU in March 2020 (together with Albania), two years after the signature of the Prespa Agreement and after the country had joined NATO. But even then, the unity at Council level was tarnished by Bulgaria, which requested that a statement be attached to the March 2020 Council conclusions, insisting, among other, on scrapping references to the Macedonian language and to the existence of an ethnic Macedonian minority in Bulgaria. This could potentially be a new hurdle to North Macedonia’s EU integration process.

Yet, there is a renewed momentum for continuing the work on EU enlargement. At the beginning of July, the European Commission presented to the Council draft negotiating frameworks for Albania and North Macedonia, laying out the guidelines and principles for their accession talks. The next step with be for the German presidency of the Council to present the agreed general EU position in the first inter-governmental conference with each country, marking the formal start of the accession negotiations. Notwithstanding its commitment to EU enlargement, the programme of the German Presidency has relegated its ambition for a "credible prospect of EU accession for the countries of the Western Balkans" to a short paragraph under the unimpressive and imprecise title of "other key issues."

Unsurprisingly, concerns raised by Macedonian citizens include the fight against corruption, economic growth — also an electoral promise of both big ethnic Macedonian parties, especially in terms of increasing salaries and reducing taxes —, and the development of basic infrastructure in the country. As with the other countries in the region, the major challenge for the new Macedonian government will be to address the growing health crisis that is likely to further damage the economy in the coming months. These challenges will be on the EU’s radar both in the context of the recovery package for the region and the forthcoming investment plan. What will be vital for progress in EU accession process, as much for North Macedonia as for the other Western Balkan countries, will be the implementation of key rule of law and justice reforms, the fight against organized crime, and further strengthening of good neighborly relations. Already in February 2020, the revamped EU enlargement methodology had further reinforced the requirements for rule of law reforms (including the oversight of the relevant institutions) pointing out that no other chapter would be provisionally closed before those benchmarks had been met. The new EU enlargement methodology will also allow Member States to put negotiations on hold, re-open closed chapters, reconsider funding availability and, in the worst case scenario, suspend accession negotiations altogether.

With their political agreement on the MFF and the recovery fund, EU Member States have taken commitment to rule of law a step further. The European Council has committed to introducing a regime of conditionality to protect the EU budget and the New Generation EU with possible sanctions in case of breaches to be adopted by qualified majority in the Council. This innovative sanctioning mechanism (as things stand, primarily targeted to Hungary and Poland) puts the issue of the respect for rule of law requirements squarely at the heart of EU action. The European Parliament has taken a stronger position, considering the Council’s wording vague. Reminding that it is a co-legislator on this Rule of Law Regulation, Parliament has pointed out that the European Council has considerably weakened the efforts of the Commission and Parliament to uphold the rule of law, fundamental rights and democracy in the framework of the MFF and the recovery plan. These developments should not be taken lightly. As past experience has shown (e.g., the accession processes with Romania and Bulgaria), deepening of EU integration has translated into a hardening of the acquis communautaire requirements tied to the EU enlargement process. This by extension puts more pressure on those candidate countries (notably Montenegro and Serbia) that have been comfortably hiding behind empty political promises for reform while nurturing "stabilitocracy."

Albania was asked to make further progress on electoral and judicial reforms and in the fight against organized crime and corruption before this first intergovernmental conference. The European Commission will assess the progress made on these issues, the media law and what it has called the "phenomenon of unfounded asylum seekers" when it presents the negotiating framework. When it comes to North Macedonia, however, the EU should not underestimate the tight election results and the ongoing political polarization. The formation of a government that is not strong and stable could see the country’s positive image as a reformer turn into a whirlpool of nationalist discourse and illiberal populism, at a time when focusing on the implementation of the neighbourhood agreements with Greece and Bulgaria will be key.

The clock is ticking…

The negotiations on the EU budget and the recovery fund have put to the fore the dividing visions on socio-economic models in Europe (the frugal Northerners versus the Southern spenders) and pointed to profoundly different visions of the nature of the EU (more Europe and further integration versus a beneficial single market), even within the same political constellations. Divergent views on the future of Europe have divided liberals (France versus the Netherlands) and social democrats (Denmark and Sweden versus Italy and Spain). They have set the context for animated debates at the conference on the future of Europe, where the governments and civil society of the Western Balkans should also participate. It remains to be seen whether Member States will be able to overcome the rifts between them to unify behind the promise of European accession that was made to the Western Balkans a long time ago and which is now well overdue.