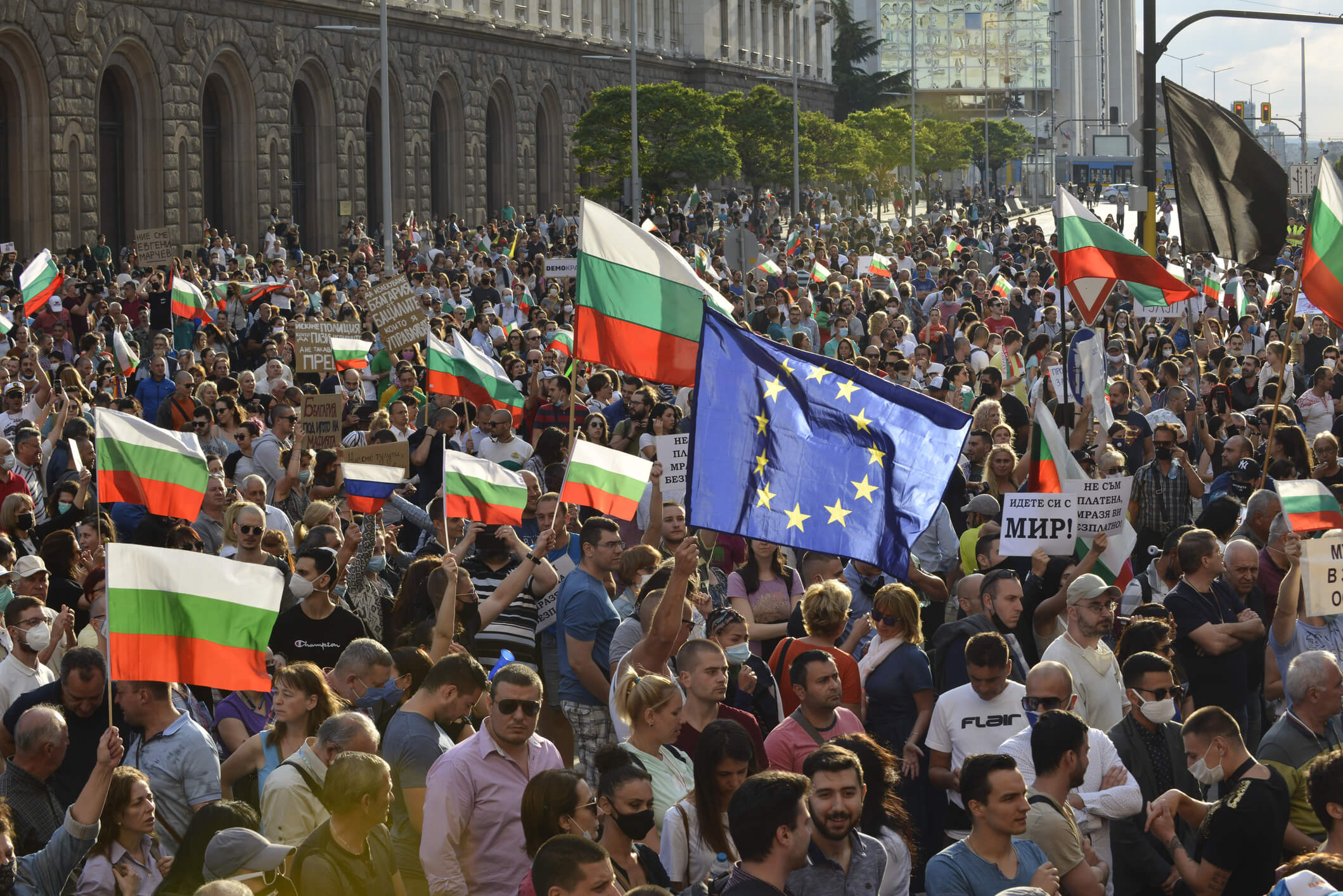 It has been nearly a month that Bulgarians have now been protesting. Sofia along with other major cities across the country see daily rallies demanding the resignation of Prime Minister Boyko Borisov and Prosecutor General Ivan Geshev. They are bound to continue. Borisov refused to step down and hand over his post to a technocrat hailing from within his own party, Citizens for European Development of Bulgaria (GERB). Then, in the wee hours of September 7, police forcefully cleared impromptu camps and barricades set up by the protesters. Borisov and his coalition partners from the far-right United Patriots alliance are putting out a fire with gasoline.

No one should be surprised by the outburst of discontent. Over the past decade, protest has become a standard feature of Bulgaria’s defective democracy, much like in the country’s Balkan neighbours. There have been multiple waves of street action targeting cabinets and leaders of different stripes. In 2013/14, for instance, Sofia went through more than 400 consecutive days of anti-government rallies ending only with the resignation of then Prime Minister Plamen Oresharski and his cabinet. Both then and now, triggers have remained the same: state capture, cozy ties between senior office holders and their business cronies, rampant corruption fed in no small type by EU money pouring into the country, the prosecutorial service collusion with shady oligarchs. Yet in the old days such issues were the preserve of the youngish, social media-savvy, educated, and often well-heeled urbanites. “The smart and the beautiful,” as tabloids and television talking heads jeered. That no longer seems to be the case. A survey from late July has found that over 60% of Bulgarians look favourably at protests, while 45% and 43% respectively demand the resignations of Borisov and Geshev. President Rumen Radev, who threw his weight behind the protest has twice as good a public rating than the embattled prime minister. Hristo Ivanov, the leader of the small liberal Yes!Bulgaria party whose supporters are at the core of the protests, outpolls both Radev and Borisov being favoured by near half of Bulgarians.

The bad news is that Bulgaria’s ills run deep and who happens to be at the top is a second-order issue. Borisov was in opposition in 2013/14 and actually supported the anti-Oresharski protests. He seized power later on after the governing Bulgarian Socialist Party (BSP) was abandoned by its coalition partner, the Movement of Rights and Freedoms (MRF). MRF, formally in opposition, renders tacit support to Borissov. In exchange, its poster boy, tycoon Delian Peevski whose appointment as head of the national security agency sparked the 2013/14 protests, has seen his business empire expand and thrive. Peevski and Prosecutor General Geshev, an ally of his, have become the face of what Bulgarians describe as “mafia”. Ahmed Dogan, the influential MRF founder, counts as the Godfather. Dogan assisted in the birth of an earlier iteration of this cartel in the early 1990s, with the notorious Multigroup discussed at length in Misha Glenny’s instant classic McMafia in its heyday. You can get rid of Borisov. Geshev, parading as the people’s sheriff as he takes on Peevski’s competitors, might take a bow too. But dismantling a system rooted in clientelism and rent-seeking remains a Herculean task. There is no shortage of ideas, to be sure. The overhaul of the judiciary, including making the almighty Prosecutor General truly accountable, has been discussed for years. Easier said than done considering the sustained opposition by veto actors in high places.

Elections are the straightforward mechanism to resolve the ongoing crisis. Protestors want them in the autumn, Borisov and especially the United Patriots, who are likely to lose big time at the polls, would rather stick around till their term ends in March 2021. Though haemorrhaging support, GERB has a fair chance of coming first ahead of BSP yet again. A new populist movement headed by talk show host and musician Slavi Trifonov will do strongly as well. Trifonov is now applauding the protests and calling for a sweeping cleanup of the state. But hardened cynics suspect he might strike a deal with Borissov and enter cabinet. The status quo is Bulgaria is resilient. Yet there is a silver lining too. First, the gene is long out of the bottle and the protests will erupt again in the future if red lines are crossed. Second, the pro-reform coalition led by Ivanov’s Yes!Bulgaria is sure to enter parliament and put pressure on institutions from within. That might be a consolation prize for sure but it should not be dismissed lightly all the same.

The larger lesson from the Bulgarian case is that bottom-up civic engagement is a sine qua non for meaningful democratic change. In the 1990s, the Balkan country was fortunate enough to join the bandwagon and make it together with the rest of Central and Eastern Europe into NATO and the EU. Once inside, momentum was lost and structural problems worsened, not unlike Hungary and Poland which for obvious reasons get much greater international spotlight . EU membership has overall been a positive story: It delivered undeniable economic benefits and expanded opportunities for Bulgarians. Yet the EU is at best an ally rather than a substitute for domestically driven efforts to uphold the rule of law, accountability, and transparency. Some Brussels actors can do harm too: e.g. the European Parliament parties whose knee-jerk reaction is to support or provide cover for their local affiliates, whether in Bulgaria or other member states. National governments are not innocent either. Though the EU legal order as its stands provides sufficient instruments to hold individual member countries accountable for their failings at home, they are not readily deployed because of political expediency. Introducing more robust conditionality tied to the EU transfers, a leitmotif in the current budgetary negotiations, would be a welcome development. But it is no silver bullet if political will to make use of sanctions is lacking. Civic participation, including protests, could do much more to keep Europe in a healthier shape.