Europe and America under the Biden Administration 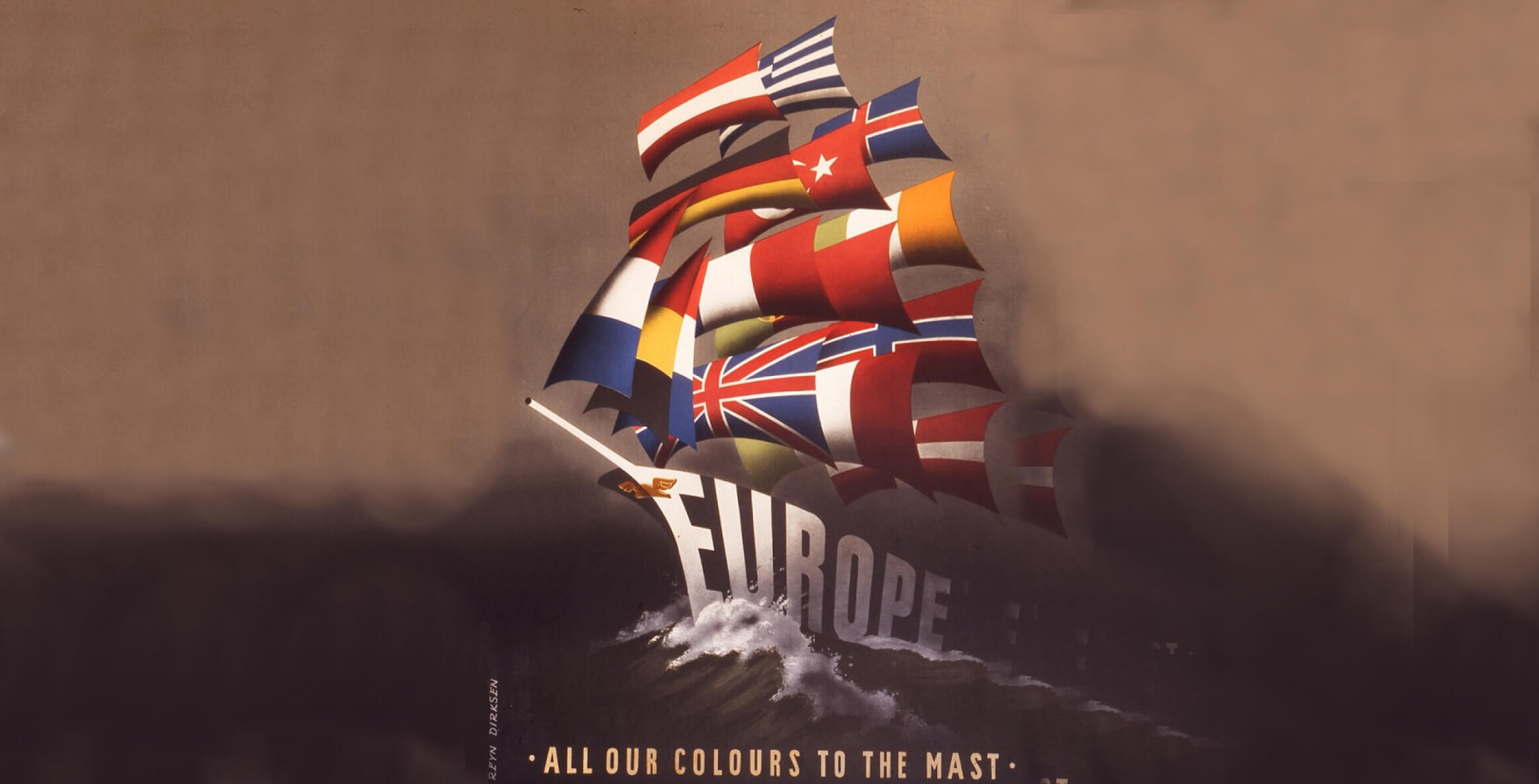 As the new Biden administration takes over on 20 January, Europe is brimming with expectations of what the next chapter in relations with the US will be like. There will be few tears shed for Trump et al., though the leaders in Poland, Hungary or Slovenia made no secret whom they were rooting for in the presidential race. The new occupant of the White House comes on a promise of restoring normalcy in transatlantic ties. He is kneejerk multilateralist, believes in the value of traditional alliances, and has already made it clear that issues such as climate change, a shibboleth to Europeans, would be a priority. At the same time, there is the Emmanuel Macron school of thought. If a handful of voters in Wisconsin and Michigan elected Trump, a disruptor extraordinaire, in 2016, what rules out a scenario where another populist America-firster is propelled to power again in the near future? Biden or no Biden, Macronistas argue, the European Union should invest into strategic autonomy. To prosper in a growingly insecure world, Europe needs to be able to fend for itself.

The debate between transatlanticists and partisans of strategic autonomy will not be settled in the coming four years. That is largely because the Biden presidency will be providing fodder to both sides in the argument. On the one hand, it will opt for a reset with Europeans: e.g reaffirming commitment to NATO, reaching out to the EU rather than calling for its dissolution, winding down pointless tariff wars, putting an end to divide-and-conquer tactics, and delegating foreign policy to technocrats rather than business cronies and opportunists. On the other, underlying issues will remain unchanged. Even without calling out Europeans on Twitter, the incoming administration in Washington, D.C. will be pressuring governments across the pond to pay their dues to NATO or cut down purchases of Russian natural gas. Relations with China will continue to be a sticking point. Biden has taken a hawkish turn on Beijing. He will pick up where Trump left when it comes to competition in digital technologies, trade disputes, or security in the South China Sea. Most EU members prefer working with rather than arm-wrestling with China, mindful of transnational challenges such as climate change or global public health. America and Europe might find themselves at odds.

The EU will discover that it cannot delegate to the US the responsibility for the European periphery spanning from the Black Sea to the Western Balkans to the Maghreb. Europeans need to figure out their own response to assertive neighbours such as Russia and Turkey. Only then would they be able to enlist support by the US.

To be sure, NATO is essential for drawing red lines and preventing Russia from using coercive diplomacy vis-à-vis its Eastern European members. The Alliance’s so-called “forward presence” following the 2014 annexation of Crimea plays a stabilizing role and gives the West clout in negotiating with Moscow. But NATO is not relevant further east. Like Obama, Biden is not pushing for enlargement. EU trade and money by contrast have real impact on Western-leaning countries such as Ukraine, Georgia and Moldova. The European sanctions coupled with the Normandy format and the Minsk 2 Agreement are the only mechanism on offer for dealing with the conflict in eastern Ukraine. At the same time, France and Germany would do well to coordinate closely with the US if piecemeal progress is to be achieved.

Russia poses a challenge on Europe’s southern flank too. Its intervention in Syria and presence on the ground in Libya, a stone throw from Italy’s shores, is a factor to be reckoned with. Moscow resuscitated cold-war era partnerships and nurtured fresh ties with countries across the Middle East and North Africa, the EU’s near abroad. At the same time, the Trump administration drew down troops in Syria and took a hands-off approach to the Libyan civil war. Events in the Southern Mediterranean bear on a number of European states, often competing against one another. EU foreign policy therefore faces a triple challenge of ensuring internal unity, engaging America, and making sure Russia plays a constructive rather than a disruptive role.

Europeans need to forge a common strategy on Turkey which is throwing its weight around in the Eastern Mediterranean and now the Southern Caucasus too. The EU’s position differs structurally from that of the US given the Turkish economy’s deep integration into the European marketplace and links between societies—a fact brought back home by the German couple of Turkish heritage credited for the development of a COVID-19 vaccine. To be effective in bargaining with Erdoğan, Europe has to wield a stick, be it sanctions or hard power, a point Macron likes to make. The penalties the EU imposed on officials at the Turkish oil company TPAO involved in drilling in Cyprus’ waters are mostly symbolic, testament to Germany’s preference for engagement over containment. They won’t make a difference unless the EU demonstrates readiness to push further. Longer term, however, carrots matter as much as punishments. It is not for nothing that now, amidst an economic crisis, Erdoğan is insisting—yet again—that his country belongs to the European family and speaks of a new era of reforms. The EU might need Turkey on issues such as refugees or energy security but Turkey needs Europe as well. How the EU handles Ankara will not be decided by Biden. It is strictly between Ankara and Europe. Similarly, the US has plenty of bilateral issues with Turkey—such as the acquisition Russian-made S400 missiles or the Turkish moves in Syria—on which Europeans have a limited, if any, say.

Germany will be at the center of defining transatlantic relations during the Biden presidency. The battle between those advocating a reinvigoration of a transatlantic partnership and those who favor more strategic autonomy for Europe goes right through the leading CDU and the coalition government led by Angela Merkel. The division was symbolized by a hyped-up and prominent exchange of views in recent weeks between the German defence minister Annegret Kramp- Karrenbauer and President Macron. In essence, however, there can be no doubt that strategic autonomy is not a fundament challenge to transatlantic alliance as no serious strategic thinker can envisage a Europe without the security shield provided by the US and NATO in the foreseeable future. The EU’s global strategy makes explicit reference to NATO and no one seriously challenges this outlook. The debate is mainly about a stronger European pillar with a revived transatlantic security alliance while allowing for recognized differences and independent decision-making with regard to geo-economic concerns. China, Russia and Turkey are obvious bones of contention and therefore subject to a deepened transatlantic co-ordination. US and German interests diverge on a range of foreign policy goals. There will be, as German Foreign Minister Heiko Mass keeps stressing, no return to the old status quo.

The first litmus test for Germany will be Biden’s outlook on the North Stream 2 pipeline project. Hugely unpopular everywhere except in parts of Germany and in Russia, the North Stream 2 pipeline project remains a main point of contention between Berlin and Washington, with more measured words by Biden compared with Trump but with no real change in substance. There is an obvious demand for a generally more robust EU policy vis-à-vis Russia. Furthermore, Biden will be under domestic pressure in the Senate to appear tough on Russia and China. As a result, a moratorium on the North Stream 2 project might be a likely scenario for a post-Merkel Germany as the chancellor had always been a strong supporter of the project. Her successor, whoever it might be, might have a different outlook, linking concessions on North Stream 2 to progress on other issues for transatlantic cooperation.

One area where the arrival of Biden has already had an impact is the never-ending saga of Brexit. Whatever the final outcome of a trade arrangement will be, redefining the UK-EU relations beyond trade is a common project for transatlantic dialogue. Different from Trump, we can expect an “EU first” policy from a Biden administration in this regard, significantly reducing the UK’s room for manoeuvre. This is generally good news for the EU—even though the new triangle US-EU-UK will be a policy co-ordination nuisance for both the Americans and the Europeans. An increasingly eccentric UK government without a real vision beyond an outdated notion of the revival of the “Anglosphere” and an unsubstantiated claim for a “global Britain” has made the rekindling of transatlantic and western ties harder. It would have been much easier without Britain’s self-defeating departure from the European project. However, obvious common security interests and shared values on freedom, fair trade, the environment and human rights makes co-operation within the triangle more pressing than ever before. Biden’s firm stance on the Northern Ireland peace process and his willingness to engage with the subject are encouraging signs indeed.

There is plenty of work Europe and America can do together on global issues. On 2 December, High Representative for Foreign Affairs and Security Policy Josep Borrell delivered a speech on "The New Transatlantic Agenda for Global Change" listing a smorgasbord of priorities, from fighting the COVID-19 pandemic to addressing climate change, and from trade and technology standards to upholding democracy. But lofty words have to be followed up with action in order to make what Borrell referred as “principled partnership” work.

An arena where both the US and the EU could implement their new “multilateralist” consensus and could coordinate a common approach on open global trade is a serious reform of the WTO. In times of increased protectionist tendencies on both sides of the Atlantic (“America first”, “A Europe that protects”) primary energy should be channelled towards the strengthening of the open trading system. It seems that common geo-economic outlook through the WTO and beyond are the ultimate challenge for transatlantic agenda. Although a successful TTIP 2 seems beyond reach at the moment, one of its main tasks, common transatlantic rule making needs to be revived as a matter of urgency. New agreements, whether within existing frameworks or by new agencies, on digital regulation, Artificial Intelligence, personal data protection and a fair and transparent taxation of internet giants are the true priorities for Biden and his European counterparts.

Biden’s presidency comes as a reality check for the EU. Once again, the US is prepared to work with, not against Europe. Yet whether the partnership delivers depends on the EU’s ability to play ball. If not, it will be the same old story of frustrated expectations on both sides of the Atlantic.