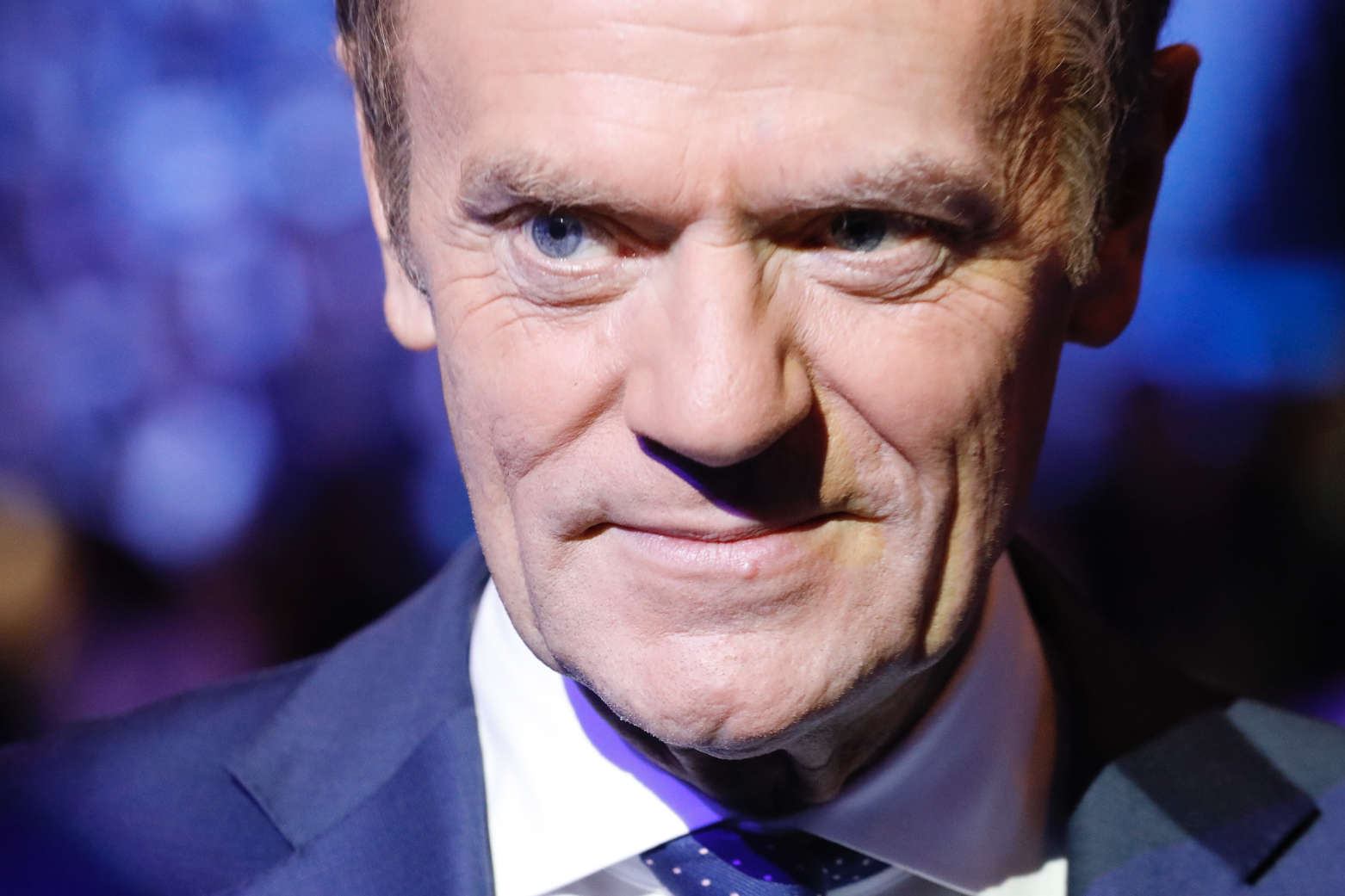 The former president of the European Council has forged a reputation as a no-nonsense pragmatist who has taken on the populists. How will he do in his new role as head of the European People’s Party?

When asked by journalists if he had congratulated Donald Tusk on his appointment as head of the centre-right European People’s Party (EPP), the Polish prime minister was dismissive. "Some new job at this our dear eurocrat jerkwater town," Mateusz Morawiecki sneered, using the Polish word "grajdołek," literally a "play-pit." While Joseph Daul, Tusk’s predecessor as president of the biggest political grouping in the European Parliament, may have kept a low profile, the days of the EPP chief operating in relative obscurity are over — at least in Tusk’s home country of Poland.

High hopes that Tusk would finish his term as president of the European Council this year and return to Poland "on a white horse," as pundits only half-joked, faded in line with the electoral chances of the opposition Civic Platform that he co-founded. With a presidential election looming next year, the prospect of Tusk taking a one-man stand against the well-organized machine of the ruling Law and Justice party (PiS) had come to seem risky, especially with all the lies pumped out by state TV depicting him as a puppet of Germany. So it made sense for him to run for EPP president instead. Bear in mind that Poland was the only EU28 state to decline support for Tusk for a second term in office as European Council head, even though it caused the nativist government in Warsaw to lose face internationally and antagonise some of its supporters at home. Such was the bad blood between PiS and its long-time enemy. Tusk made his mark — as Polish prime minister (2007-2014) and then at the European Council (2014-2019) — as a no-nonsense pragmatist, rejecting calls for costly political reforms that might end up giving ground to unscrupulous populists. At the same time, he became a master of a brand of rhetoric that is anything but Realpolitik.

As a child of the Baltic city of Gdansk — where he played in the ruins of World War II, spoke German with his grandmother and yet remained a Polish romantic to the bone — Tusk knows too well where illusions of rational politics deprived of conscience and foresight can lead. He is equally wary of the self-deception of many influential intellectual circles in Western Europe and their willingness to accommodate Russian President Vladimir Putin with concessions over Russia’s self-proclaimed sphere of influence.

The biggest challenge for the moderate centre-right today is the threat of bare-knuckled populist nationalism mobilising xenophobia and distrust in political elites for the sake of cynical, crony politics dressed up as "power to the people." Another is attracting a new generation of voters who tend to lean towards more modern political brands such as the Greens. Tusk enjoys snubbing populists. He has drawn flak for openly criticising US President Donald Trump and Brexit, not to mention the Polish government. As European Council president, Tusk defied the expectations of some and never ceased to be a genuine politician who saw his mission as more than a never-ending struggle to achieve consensus. "Do not be afraid to say in public what you really feel (even if you may sometimes think it’s a dangerous experiment), and you will surely evoke people’s emotions and capture their attention," Tusk exhorted his EPP colleagues at a party congress in Zagreb in late November. "Because you know, we are sometimes terribly boring in our communication, aren’t we? But we don’t have to be."

Tusk has a very particular way of addressing his audiences in Eastern and Southern Europe. As a Pole, he understands how important it is for national pride to be respected and treated as European. On different occasions in his capacity of Council President, he spoke in Croatian, Bulgarian and even Romanian. His references ranged from national poets to Spartacus, who led a slave uprising against the ancient Romans, to Bulgarian football star Hristo Stoichkov. In Kiev in February, he addressed Ukrainian lawmakers in parliament, saying (in Ukrainian, naturally): "I would like to thank you for your Europeanness."

I would like to thank you for your Europeanness. - Donald Tusk

He continued: “I will always remember seeing the blue flags with their yellow stars on Khreshchatyk during the revolution, the Ode to Joy playing then in so many places across Ukraine. I often say to my colleagues in Brussels: ‘Do not teach them Europe; learn from them what Europe means.’" For many EU citizens in eastern member states who recall the deprivations of communism, the dream of Europe as a place of modernity, prosperity and freedom is still more real than the mundane, dull and sometimes agonising proceedings of EU institutions. It is this sincere and enthusiastic approach to Europe as a civilizational project that Donald Tusk and his generation of New Europeans bring to the table. He plays a dual role. As a Pole, he belongs on the periphery among those who still strive to catch a train to the better future they missed in 1945. As a European official, he is eager to hand out "EU certificates" to those who feel they still do not quite belong in the club.

For the former colonial powers, the EU is a way out of the imperial past and into a European playground where their political ambitions can be fulfilled. That is especially true of France, for which European communities have always been a multiplier of French power and a reconciliation with the good old days of la grandeur de la France. For French President Emmanuel Macron, the EU is the most important political tool for remaining significant — as a Frenchmen and as a European in the world.

Meanwhile, Eastern Europe, with its post-colonial and largely non-sovereign past, sees itself in a relationship with Europe as the driver of modernization. Europe is a language of aspirations. Nation is a language of belonging. "Whoever rejects from his political vocabulary and axiology terms such as homeland, Heimat, domovina, patria, ojczyzna will find that it is very difficult to face up to the crucial task, that of giving people this sense of safety and security," Tusk told his EPP colleagues in Zagreb, in an effort to shake the slightly dusty banners of the Christian Democrats.

As head of the EPP, Tusk will try to accommodate New Europeans, those born behind the Iron Curtain, with Old Europe’s folk who are slightly weary of what they see as eastern stubbornness and ungratefulness. "When I am asked what my term has been about, I answer without hesitation: unity — a leitmotif, a task, almost my obsession, from the very beginning," he said in a farewell speech at the College of Europe. Tusk will do his best to prevent Macron on one side and Hungarian Prime Minister Viktor Orbán on the other from widening the gap between new and old members of the bloc — a gap that the French president and a growing number of his supporters see as almost inevitable if the EU is to move forward.

Shortly after the surprising decision to nominate Tusk as European Council president, British journalist Gideon Rachman wrote in The Financial Times, that "Mr Tusk may or may not turn out to be an effective president of the European Council. But he is already an important symbol." However he ends up doing in his new role as head of the EPP, he will definitely be more than just a symbol.