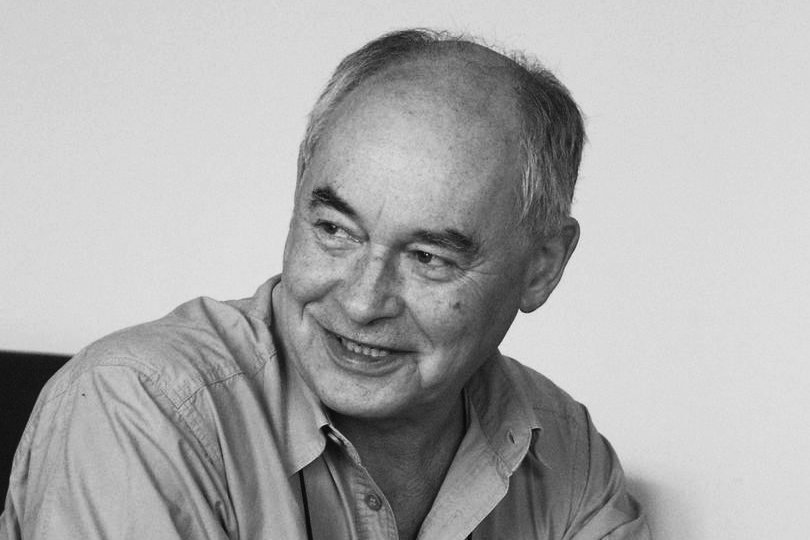 Translator’s note: Marcin Król was one of the leading oppositional thinkers during the last decade of communist Poland, in the 1980s. He set himself the task of reviving conservative political thought, not for immediate application in politics, but rather as an exercise that allowed for a discussion of political purposes beyond the pressing demands of the moment. He remained a very prominent political and social thinker of the first three decades of the Polish transformation. This interview, in which Marcin Król points to neoliberalism as a founding error of postcommunism, was a turning point in east European discussion of the transformation. It cannot do justice to the sense of adventure and erudition on display in his thirty or so books and countless essays. It does however give a hint of how a ceaselessly critic spirit can cohabit with an unbroken desire to ask the deepest questions.

Marcin Król was a friend of this Institute from the beginning. Among many other services, he helped to organize the Tischner Debates in Warsaw. This August IWM will organize, along with the Borderland Foundation in Krasnogruda, a Tischner Debate devoted to Marcin Król’s legacy.

The excerpt begins at a point where Marcin Król is describing a certain kind of illusion about the automatic self-preservation of liberal democracy.

"So long as liberal democracy is the final stage of humanity, then it will go on by itself, just like that, no need to worry about it.  Maybe the world is not ideal, but it is bearable, we have to correct it, neaten things up, poke around a bit, so that economic growth is 4% and not 3%, and we’ll somehow get by.  Nothing bad can ever happen again.  And just that, exactly that way of thinking, is what is very threatening."

"Because something bad will happen, and when it does we’ll be swinging from the lampposts.  Just like that.  By not doing anything, we are cultivating the forces that will change the world in their own way.  And they will not negotiate."

"Let’s say the nationalists.  That wave is coming.  For liberal democracy to last for another fifty years, there will have to be essential changes having to do with regaining the idea of equality in some sensible form.  This isn’t easy and no one knows how to do it.  In any case I don’t.  I only know that we live in a world where eighty-five people have more wealth than half of humankind, than 3.5 billion people.  An absolutely sick situation.  I have never been one to panic; even when Gomułka put me in prison in 1968 I thought that everything would turn out well.  And so I wrote a gloomy book to spread this fear to others.  Maybe it will move someone to act.  This will all end badly if reasonable people do not take up the universal ideals of equality and fraternity."

"New?  Those are the old slogans.  Liberty, equality, fraternity."

Yes.  It's just that from that triad your generation chose liberty and spoke mainly about that.  Free and enterprising people will do wonderfully well, so long as no one hinders them.  The quarterly Res Publica, which you edited, was full of texts like that.

"We were stupid.  In the 1980s we fell under the influence of neoliberal ideology, I bear a lot of responsibility here. (...)  My enthusiasm died out pretty quickly.  I figured out that the individualistic element in liberalism was beginning to dominate, driving out other important values and killing the sense of community.  This is not very hard to explain.  Individualism has strong support from the forces of the free market, which make money from the individualistic model of life.  Social and civic values, by contrast, don’t have that kind of rocket fuel behind them.  From an economic point of view they are 'ineffective.'  Everyone was under the illusion that each person could live separately, in the framework of personal freedom work somewhere or other, earn as much as possible, enjoy life as much as possible, and someone or other will run the government.  That it was possible just to be concerned with one’s own pleasure, and not be concerned with the actual issues of the world."  (...)  "Liberal democracy is just a happy coincidence.  And human rights as well.  It’s very possible that our ban on torture is nothing more than a little interval in history.  That it is not the crowning point in some natural process in the development of humanity, as Fukuyama and some others fancied."

It's not a very encouraging thought -- that human rights are just an accident.

"Right.  But if you think it that way, then you’ll stop sitting in front of the television drinking beer.  Because so long as it is a coincidence and not an inevitable stage of development, then perhaps you have to take an interest in what direction things are taking, right?  No one will sort this out for you: not the experts, not the laws of history, not even the fatum of the free market.  You have to sort it out for yourself. (...)  There is a boundary, which no group of experts can define, but which nonetheless makes itself known from time to time.  The boundary, speaking in the most general way now, the boundary of injustice.  And so it goes on, until a spark appears and then the next shock comes."

"A change.  A revolt of a large group of people who were wrongly given hope.  Because what society does today is create hopes that it cannot fulfill, on a scale that is historically unprecedented.  Millions of people are educated, exposed to the allure of the world, told by television and self-help books that "you can do more," "develop yourself," "be better," "live at full throttle."  And then it all turns out to be a joke.  So long as the social classes were open and there was a general chance for advance, this could function.  But all of that has gotten worse.  America kept itself afloat for quite a while with the myth of the 'self-made man': someone who through hard work along attained a high social status, and can now flaunt it, ride around in a Rolls, buy villas and yachts.  The idea is that you might be envious of such a person but you don’t resent him."

Because you think that will be you in about thirty years.

"Right.  Hope.  That was the mechanism that allowed people to bear increasing social inequality without uttering a peep.  But it no longer works.  The chasm is too great.  No matter how long of a running start I get, I am never going to jump across."

"We no longer ask ourselves questions."

"Metaphysical questions.  No one gives any thought to the question of whence evil arises.  And that question was the source of intellectual progress in Europe for eighteen centuries." (...) "The source of all of our problems is the decline of thinking.  That’s what this is all about, fundamentally.  Thinking which took itself seriously.  To concentrate and read four newspaper columns of something serious, without little jokes, little interruptions, cute little pictures -- this is a deed like a voyage to Mars.  Hannah Arendt, my guide to intellectual and moral life, thought that thinking was the most important thing under the sun and that if we do not take thinking seriously we cannot understand the world.  And today we do not take thinking seriously, it is just one more attraction available on the market."

"No!  Not how to live.  That is the typical question of our times.  You’ll find that question everywhere, along with every possible answer, in thousands of self-help books piled up in bookstores.  We ask that question constantly because of the false belief that it is possible to have an instruction book to life, to check the boxes, and then to be liberated from thinking.  So one more time we land in the lap of the experts, whose job it is to unburden us from responsibility.  We shouldn’t ask 'How to live?'  We should ask 'Why?'"