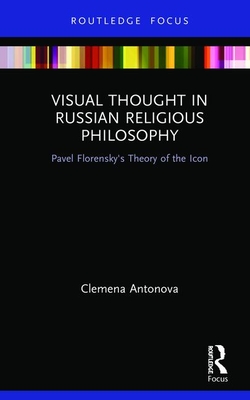 Our Research Director for the Eurasia in Global Dialogue program was recently interviewed by the New Books Network on her 2019 book Visual Thought in Russian Religious Philosophy: Pavel Florensky's Theory of the Icon, published by Routledge.

Often referred to as “the Russian Leonardo”, religious philosopher and Orthodox parish priest Pavel Florensky was a pivotal figure in the Russian religious renaissance at the turn of the 20th century. Clemena Antonova challenges prevailing readings of Florensky’s oeuvre, presents an analysis of the thinker’s theory of pictorial space in the icon, and argues for the relevance of his thought to contemporary debates on religion and secularism. You can listen to the interview on the New Books Network homepage where she discusses the religious and pictorial turn in contemporary modernity, the clash between Russian Orthodox clergy and theologians and religious philosophers in the early 20th century, the influence of St. Gregory Palamas on Florensky and his contemporaries, the Slavophile roots and fin-de-siecle manifestations of the theory of full unity, the limits of Florensky’s work in art history, and the challenges that contemporary scholars of Russian religious thought encounter when confronting its problematic aspects.