Forced Migration, the Antinomies of Mobility, and the Autonomy of Asylum

Rather than seeing the ever more devious reaction formations of border policing and militarization, migrant detention, immigration enforcement, and deportation by state powers as if these were purely a matter of control, it is instructive to situate this economy of power in relation to the primacy, autonomy, and subjectivity of human mobility on a global (transnational, intercontinental, crossborder, postcolonial) scale. This is true, I contend, as much for refugees as for those who come to be derisively designated to be mere “migrants.” If we start from the human freedom of movement and recognize the various tactics of bordering as reaction formations, then the various tactics of border policing and forms of migration governance can be seen to introduce interruptions that temporarily immobilize and decelerate human cross-border mobilities with the aim of subjecting them to processes of surveillance and adjudication. Indeed, it is this dialectic that reconstitutes these mobilities as something that comes to be apprehensible, alternately, as “migration,” or “asylum-seeking,” or the “forced migration” of “refugees” in flight from persecution or violence – which is to say, as one or another variety of target and object of government. Yet, even under the most restricted circumstances and under considerable constraint, these human mobilities exude a substantial degree of autonomous subjectivity whereby migrants and refugees struggle to appropriate mobility. Even against the considerable forces aligned to immobilize their mobility projects, or to subject them to the stringent and exclusionary rules and constrictions of asylum, the subjective autonomy of human mobility remains an incorrigible force.

The speaker was Nicholas de Genova, Professor and Chair of the Department of Comparative Cultural Studies at the University of Houston. 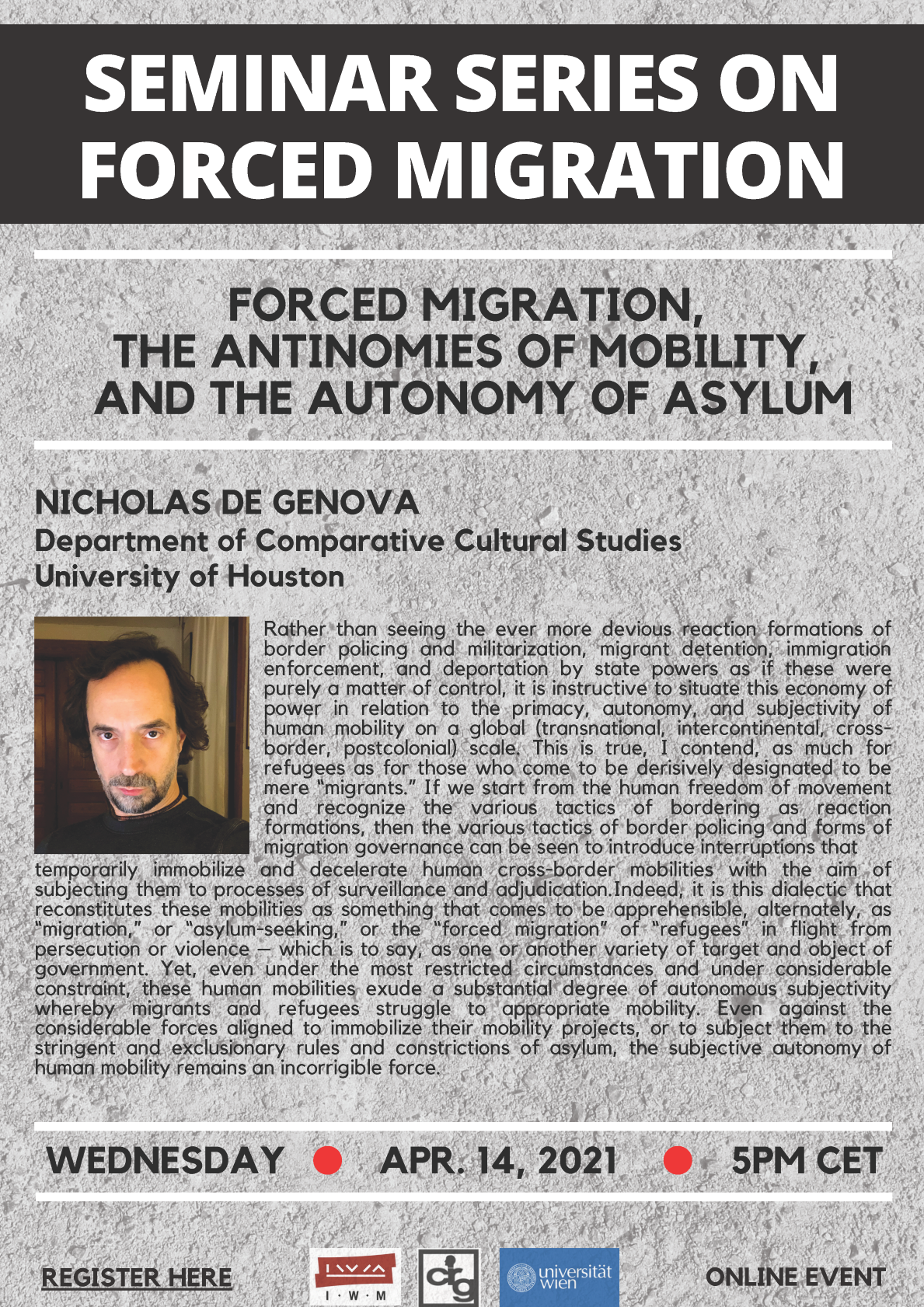