“We Are All Refugees”: Informal Settlements and Camps as Converging Spaces of Global Displacements

Faranak Miraftab presented her co-authored paper with Efad Huq to relationally theorize realities of those living in informal settlements and in camps in the era of intensified global displacements. This relational analytical conversation was organized around three themes: experiential to highlight the precarious relationship of the two groups to citizenship and place, what we call a state of “citizenship in wait” and “in-situ displacement”; institutional to highlight the humanitarian matrices of care that provide governmental structures in both contexts; and micropolitical, to characterize dwellers’ contestations with state and humanitarian governance that constitute the processes of life-making in informal settlements, much as in the camps. Bringing to light the comparable spatial practices and governance among the so-called citizens and the so-called stateless, we seek to lend a forceful voice to the mounting opposition to the state-centered politics of citizenship that pit refugees against the poor, and to gesture toward forging solidarities for a humane urbanism.

The speaker is Farank Miraftab, Professor of Urban and Regional Planning at the University of Illinois Urbana-Champaign. 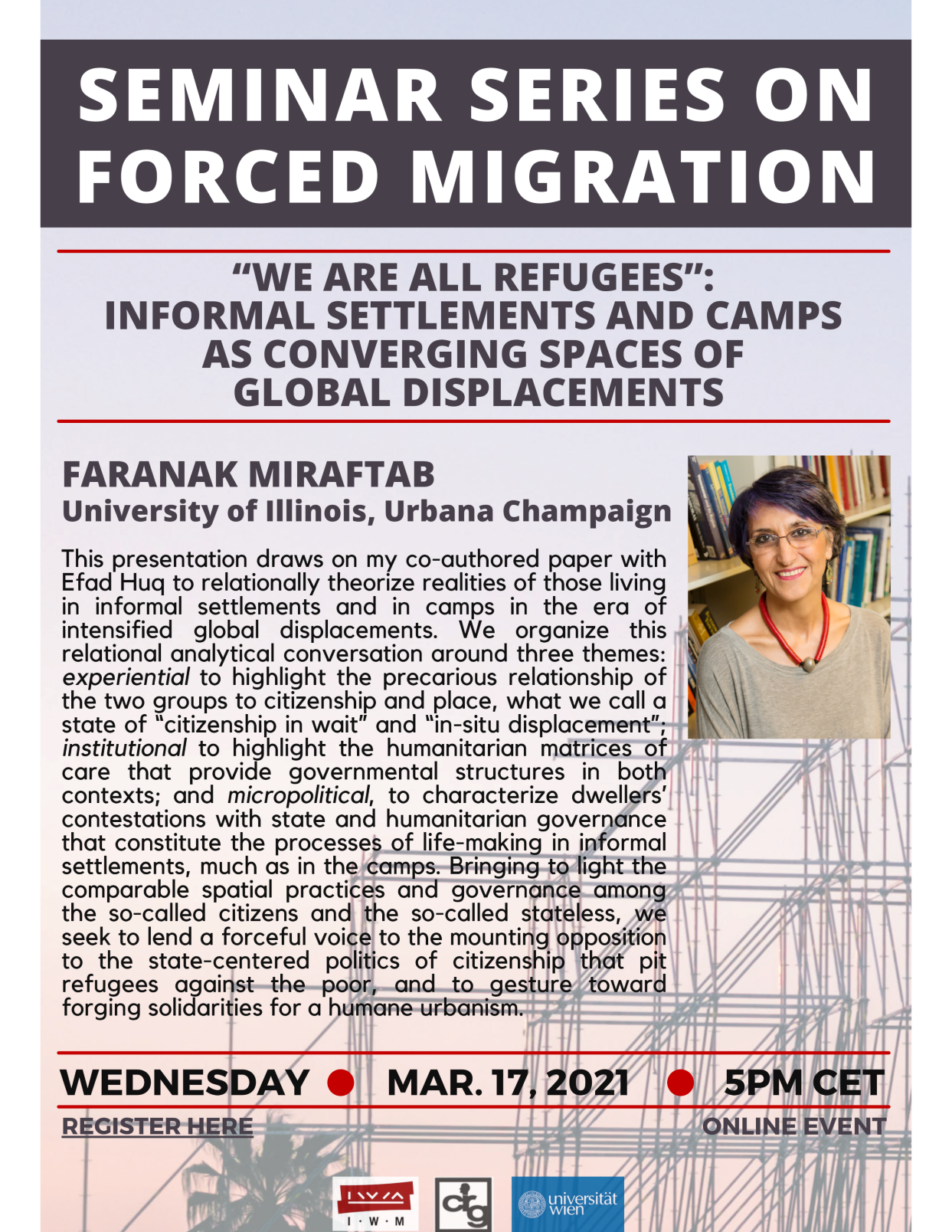